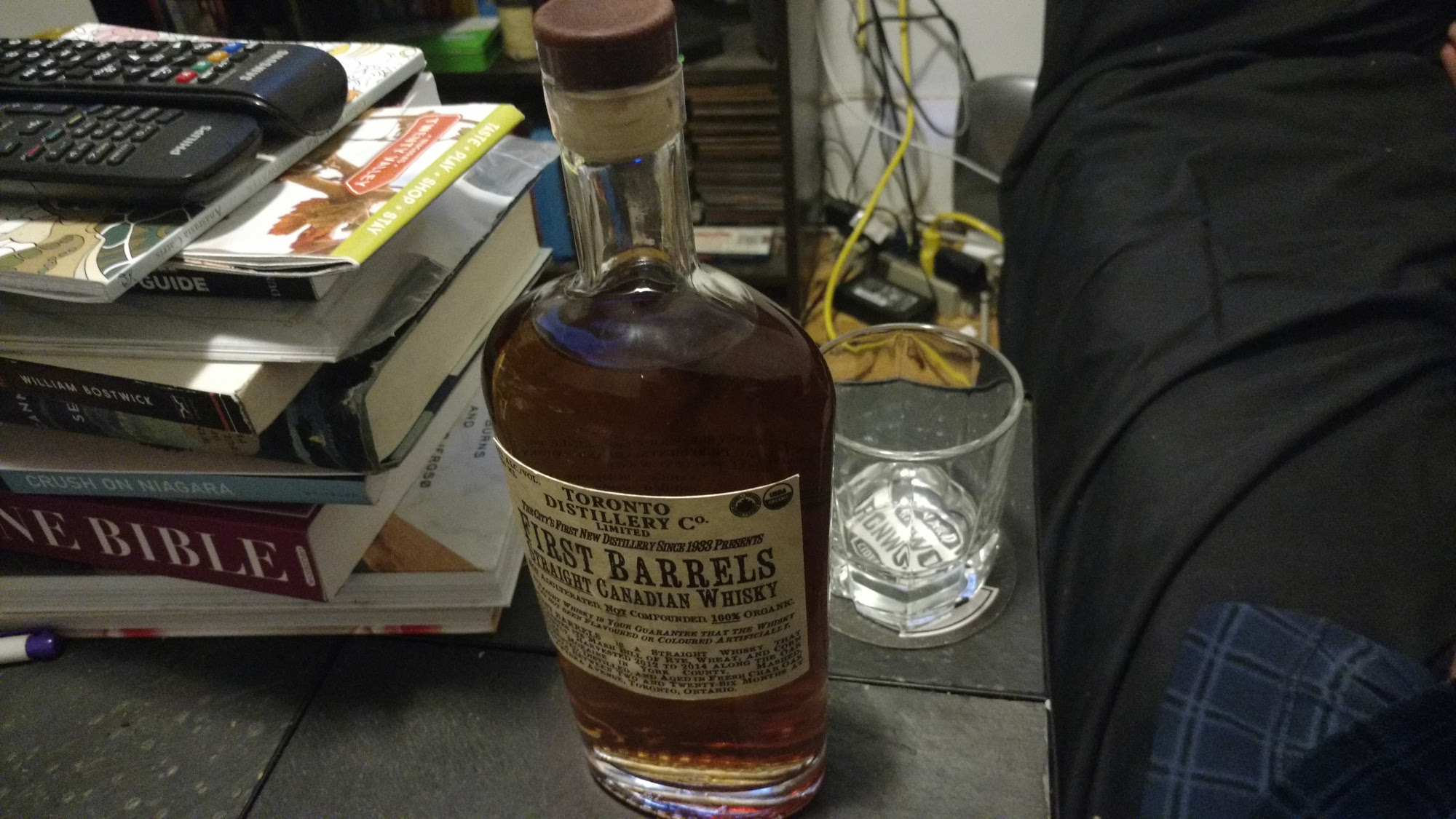 Important Notice: The whisky used in this review was given to us free by the distillery. This will NOT affect the review but we want to keep our readers as informed as possible.

I was told the best way to enjoy this whisky was in a rocks glass while relaxing in the evening. I did exactly that and I have to say: It was amazing.

First Barrels is the first barrel aged product by Jesse and Charles of Toronto Distillery Co. The oldest spirits in this whisky having been in barrels for 2 years. The barrels themselves are all ‘new char’ meaning they are brand new barrels.

This is an interesting mix, especially for someone like me who is generally predisposed to products made in ‘used’ barrels such as scotch, a drink generally made in bourbon barrels. Speaking of bourbon, using new barrels makes this whisky much closer to a bourbon than a scotch.

You may notice the ‘straight’ moniker which Charles explains here:

In the United States, if you see the word “Straight” before a whisky, you have a guarantee that 100% of the contents of your bottle of whisky was distilled at a proof low enough to capture the essence of the grain, and that zero artificial flavours or colours were used, nor any glycerin, a common additive to mask harsh liquor.

This whisky also defies a lot of long held Canadian beliefs (and LAWS!) about whisky. You may notice the oldest spirits are only 2 years when the law says Canadian whisky must be aged for 3 years. Charles and Jesse have this to say about that:

The “3-year rule” serves as window dressing for a thoroughly compromised, disdainful anti-consumer standard which allows for all manners of artificial additives makes the rule beneath contempt, and one we are happy to flip the bird to.

What they are talking about is the fact that the rule itself is arbitrary and doesn’t really speak to flavour or control for much at all. They have mentioned that one could age a vodka for 3 years in a barrel (of almost any type) and call it a Canadian Whisky.

Being no strangers to getting law changed, you can follow their constitutional battle (to do with being taxed at their own retail store) here!

As I have said before and will say again: it’s all about flavour for me. Which is why I say…. lets get into the tasting notes!