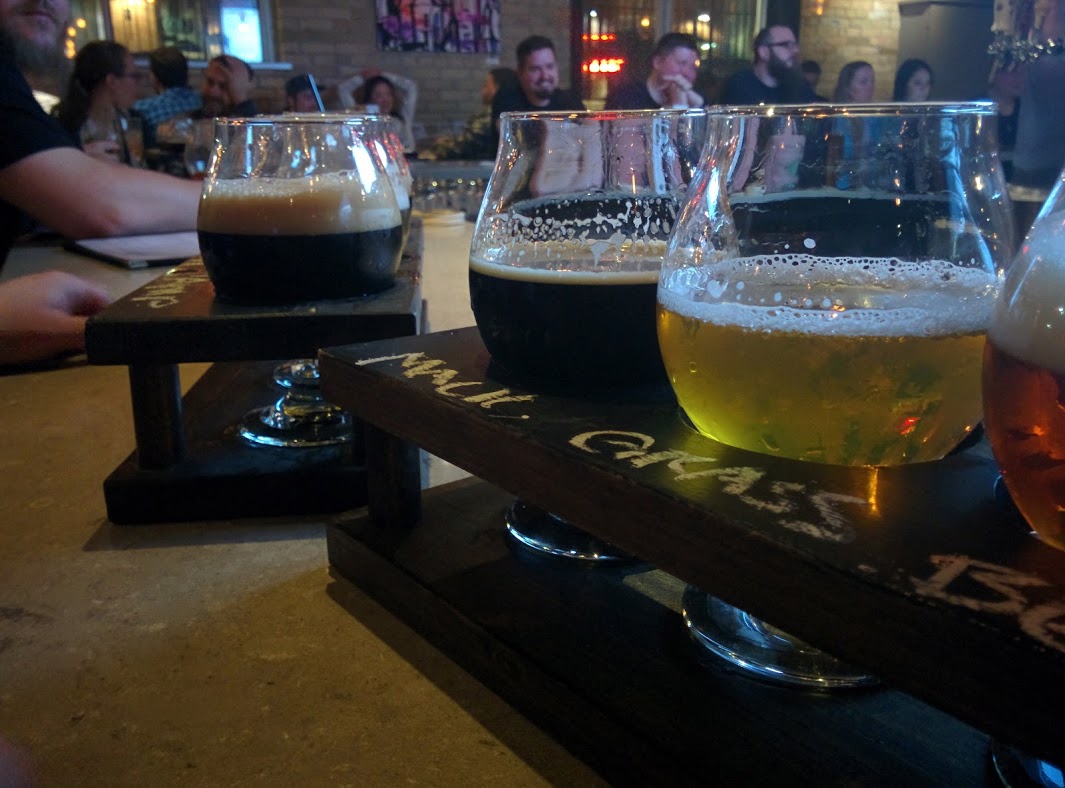 Welcome to the Toronto Booze Hound list of the best craft beer bars and breweries in the city. You’ll notice there isn’t a date for this as we will continually update it as we go. If we find an awesome new place it’ll definitely be on here.

We have visited every location on this list and can vouch how awesome each one is. We will not add a place unless we have personally visited it and had a great time.

This list is currently organized by area (West End, Central, East End.) If you only want bars in a specific area just click the link below!

(Want places all over Ontario? Check out the map and data set by Jordan St. John here!)

Where To Find Them

Here is a map to help you out, once you have an idea of your area scroll down for more info on each place! 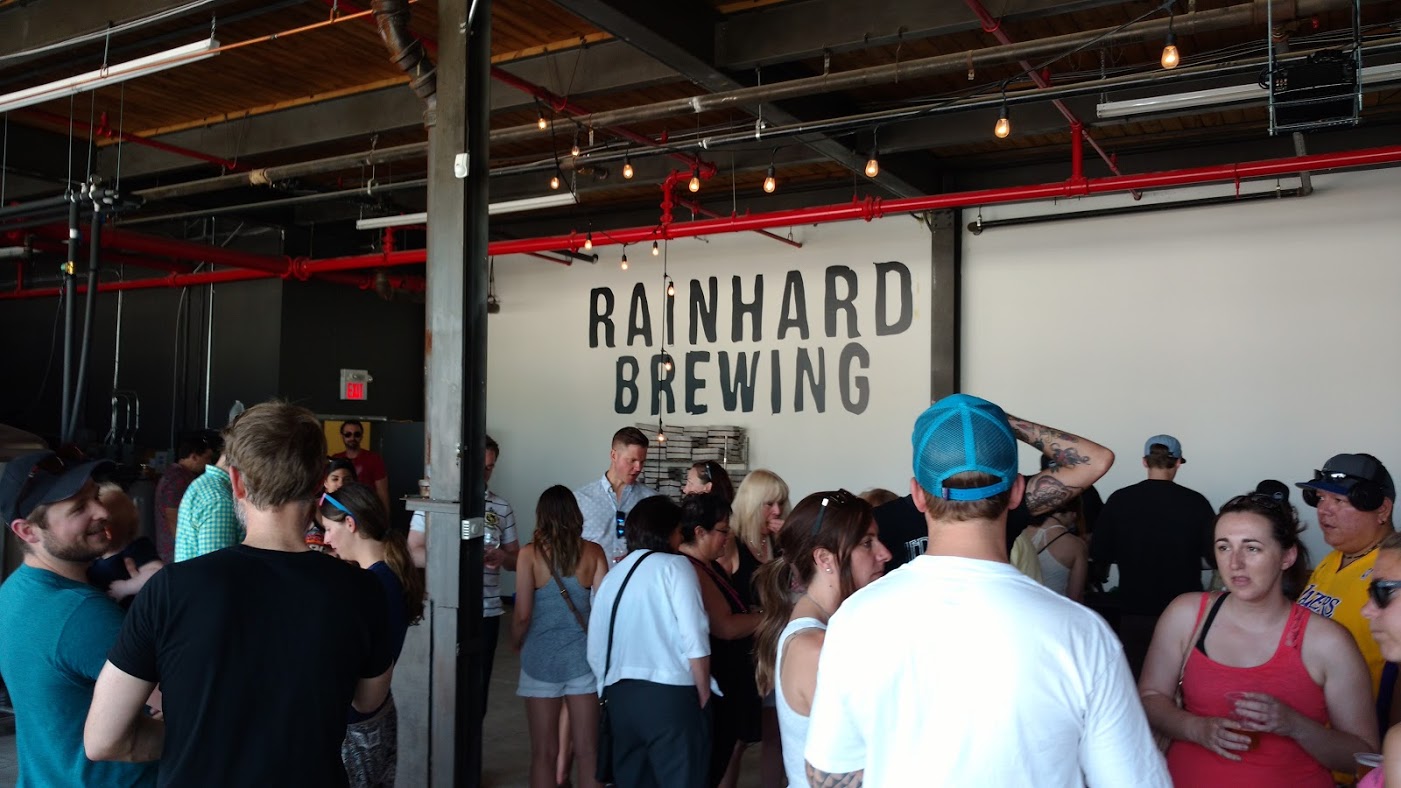 Started by our friend Jordan in 2015, Rainhard Brewery has an awesome tasting room. So awesome in fact that RBC used it as a backdrop for their ‘Not Business as Usual’ campaign. Click here to see the ad.

Located in the Junction it can be a bit of a trip to get to but it’s really worth it. The beer is some of the best in the city and all made on site.

They are pretty regularly used as a host for various concerts and parties. 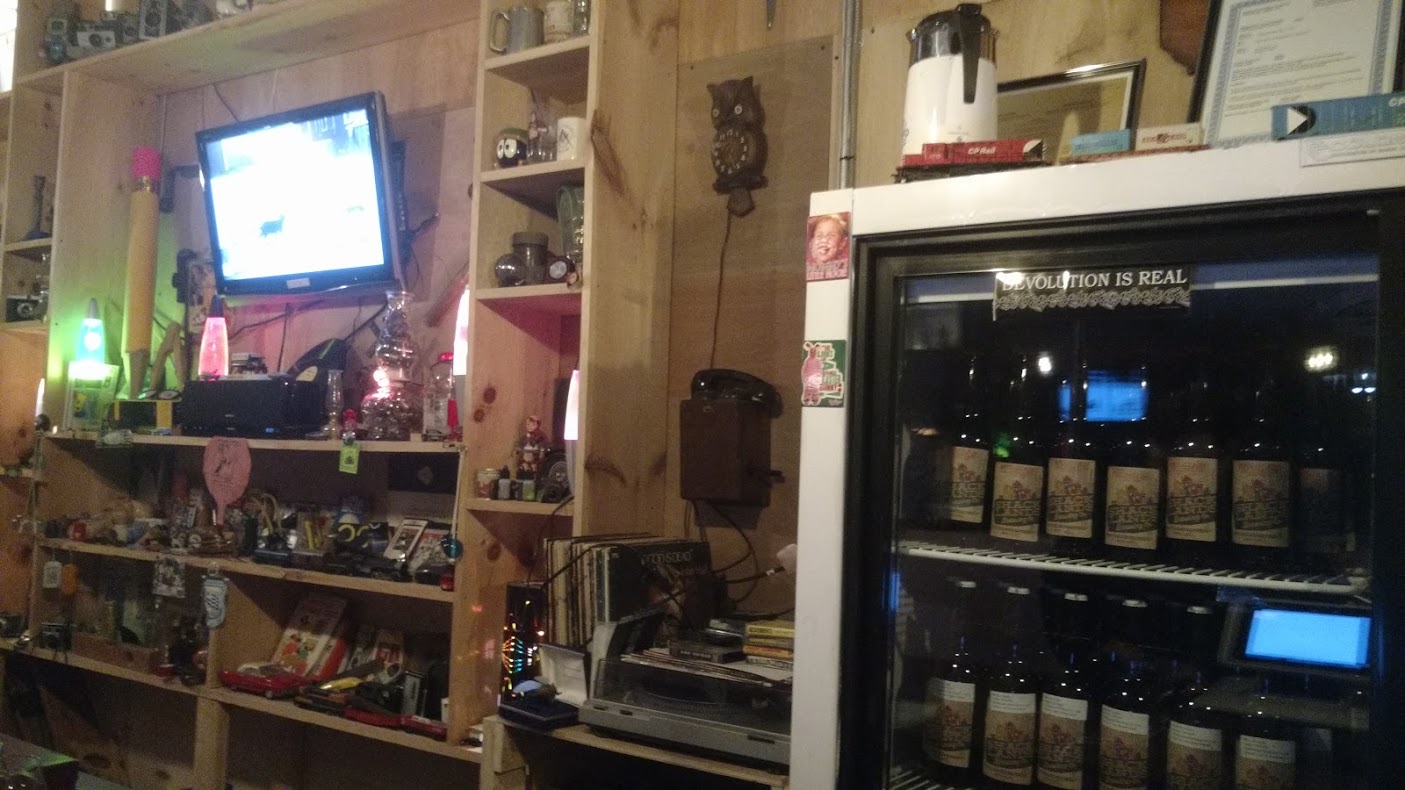 A place for the nostalgics and beer lovers. The guys behind Shacklands brew Belgian inspired beers that are served with a heaping spoon full of memories. The brewery itself is filled with antiques, collectables and more from years past and there is a constant rotation of classic cartoons playing. They also make amazing beer. Be careful though, their beers tend to pack a punch (6%+ ABV is the average). 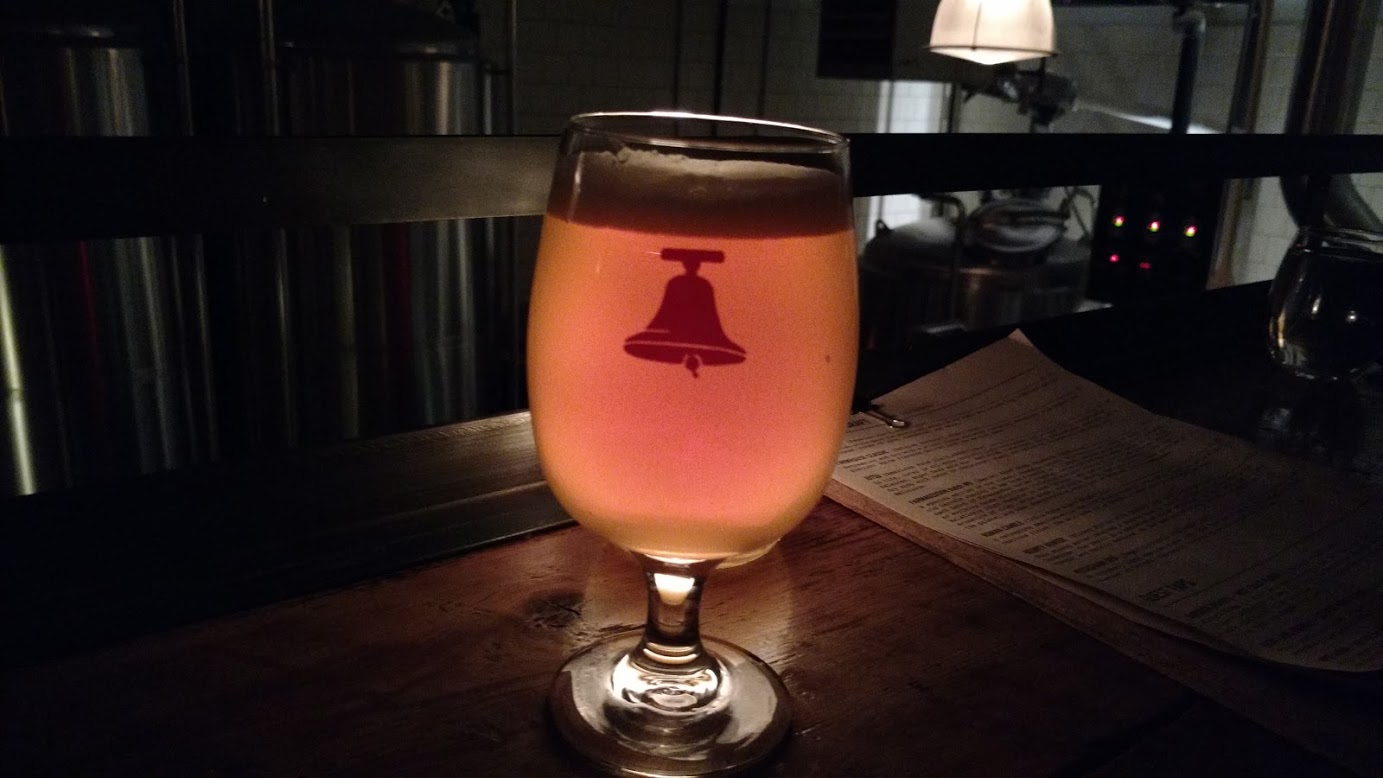 At this point Bellwoods has become iconic in the craft beer scene. They make a huge variety of beers from great single hop IPA’s to weird barrel aged sours. My only complaint is that it can be hard to get into Bellwoods. There are lineups almost every night. The curse of being successful I guess. 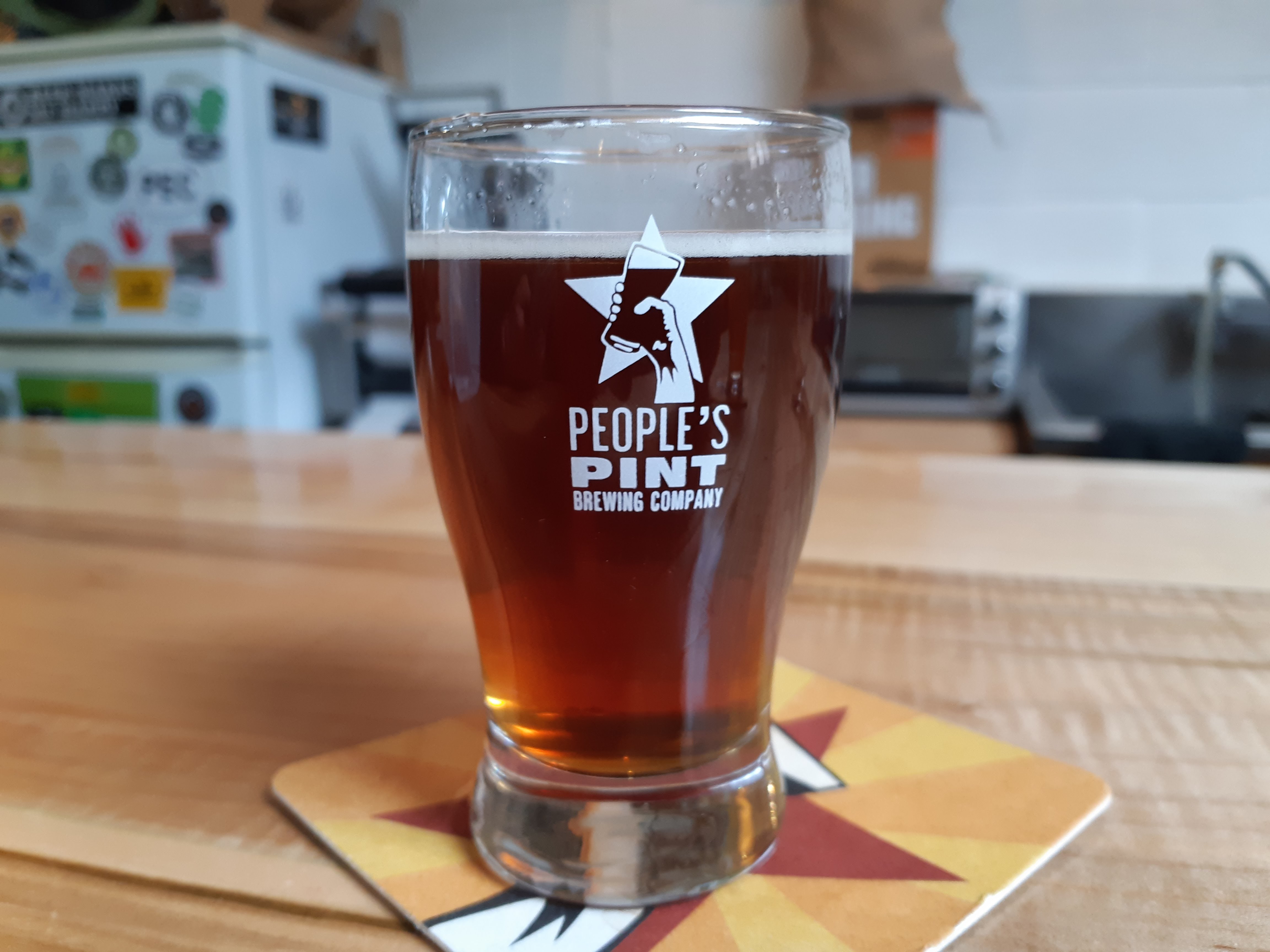 We’ve been fan’s of everything Doug Appeldoorn has been involved in since the inception of this website. Since then he has started a brewery called People’s Pint that combines both amazing beer by his team along with the work of home brewers. Stop by and try their beer and while there, give their homemade root beer a try and see how beer pairs with various foods such as pickles and cookies! 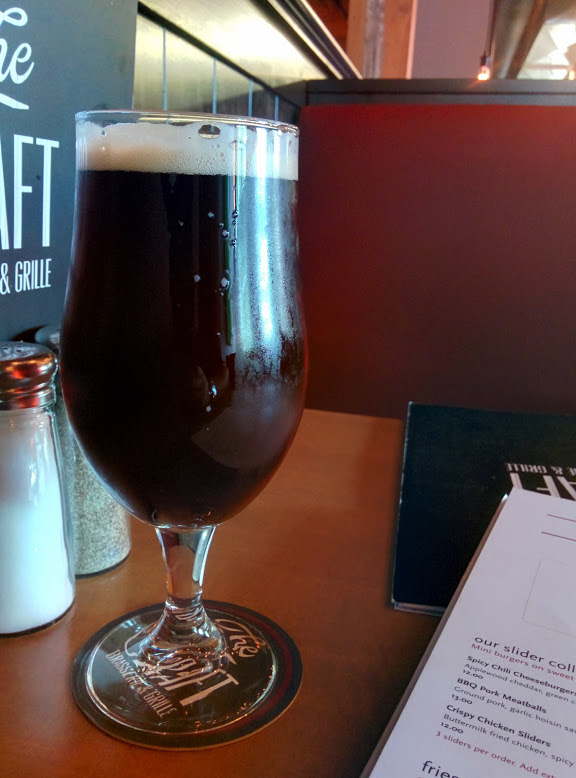 We went to The Craft by invitation before they opened and we gotta say, we were, and still are, impressed. The place has hundreds of taps and a huge amount of them are craft beer (not to mention some tasty imports.) 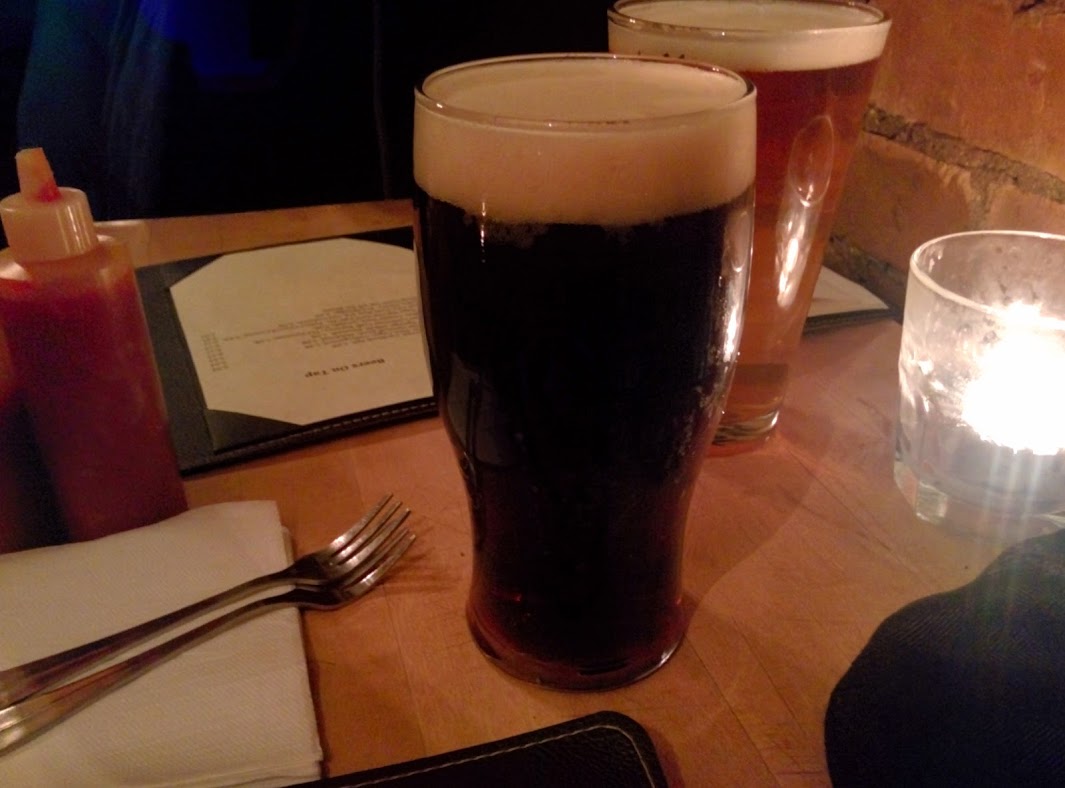 When you first sit down at Indie Ale House they will hand you a menu. While this will be a great resource for their food, the first step is to ignore that and look at the walls. You’ll notice large wooden paddles with names like ‘Cockpuncher’ and ‘Broken Hipster’.

Get a flight of 5 and start a journey into some of the best and strangest beers Toronto has to offer. All made in house of course.

After that you need to order the fried chicken. It is some of the best in the city. 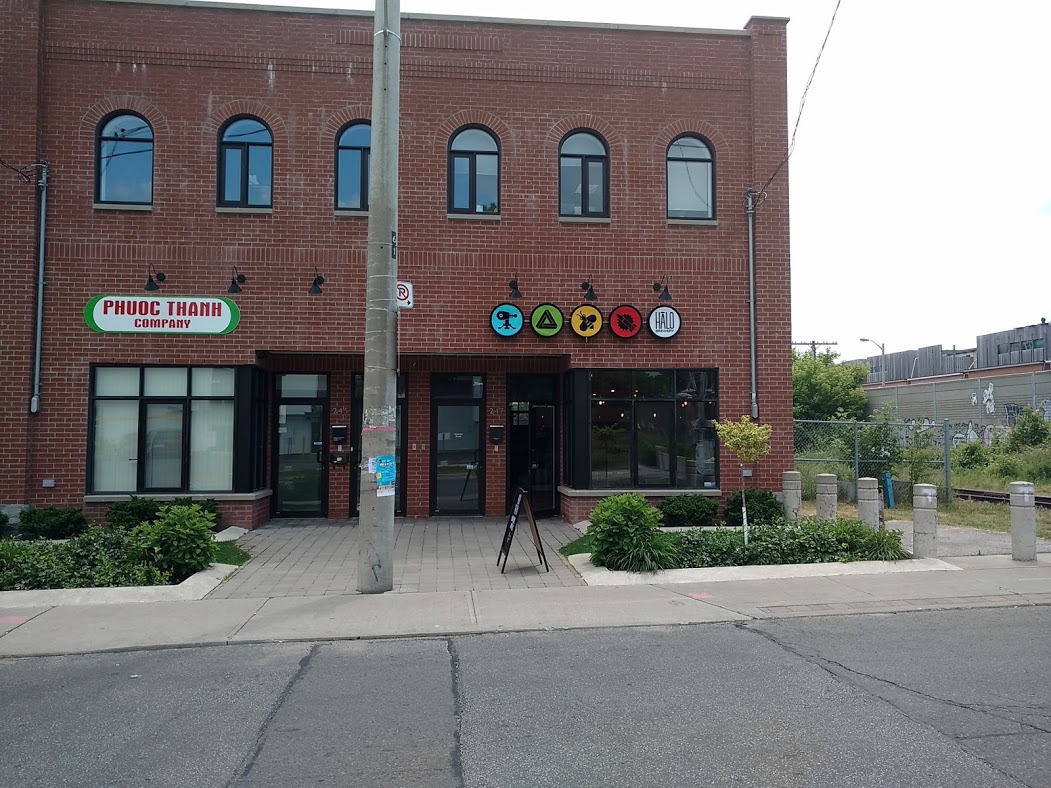 Halo is a brand newcomer to the West End. Started by two home brewers the beer you’ll find is always interesting. The only issue is their tap room is quite small.

The space has a very laid back vibe and the staff are awesome. 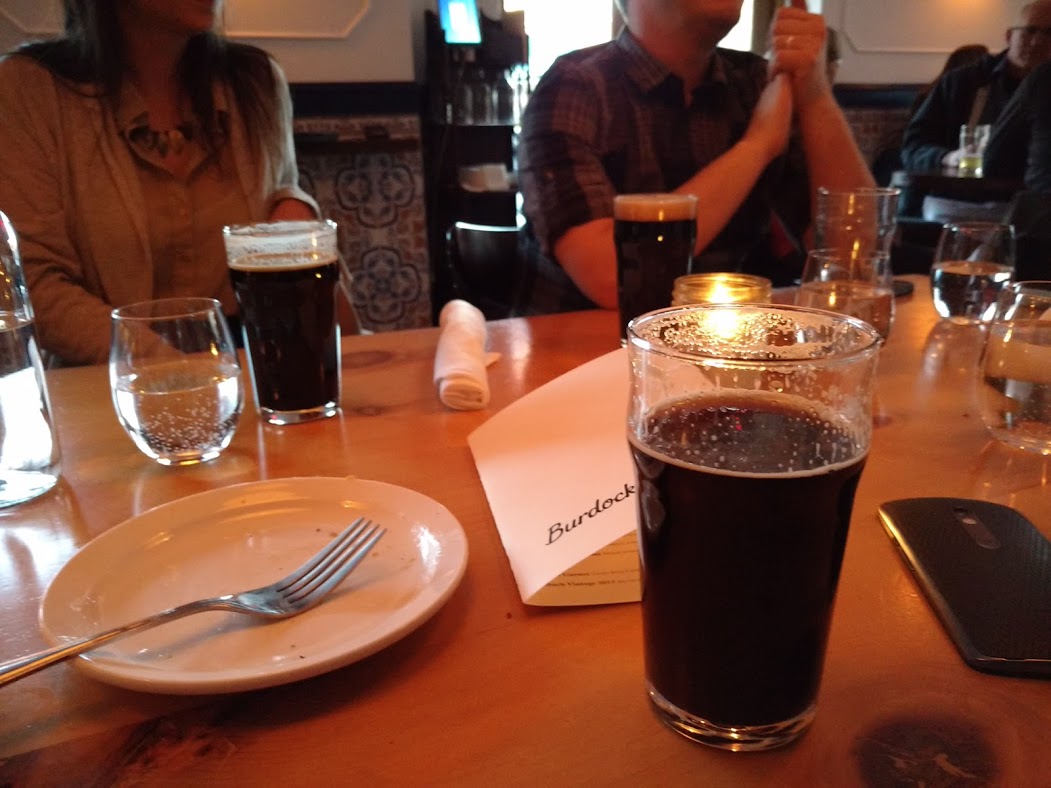 Burdock is another newcomer to the west and it’s really grabbing people’s attention. One half of their establishment is focused on music while the other is very much beer and food based.

Their food is generally lighter fair, so don’t go looking for a full dinner. They do have some amazing beer (house made, as always!) and the food they do have is very good. 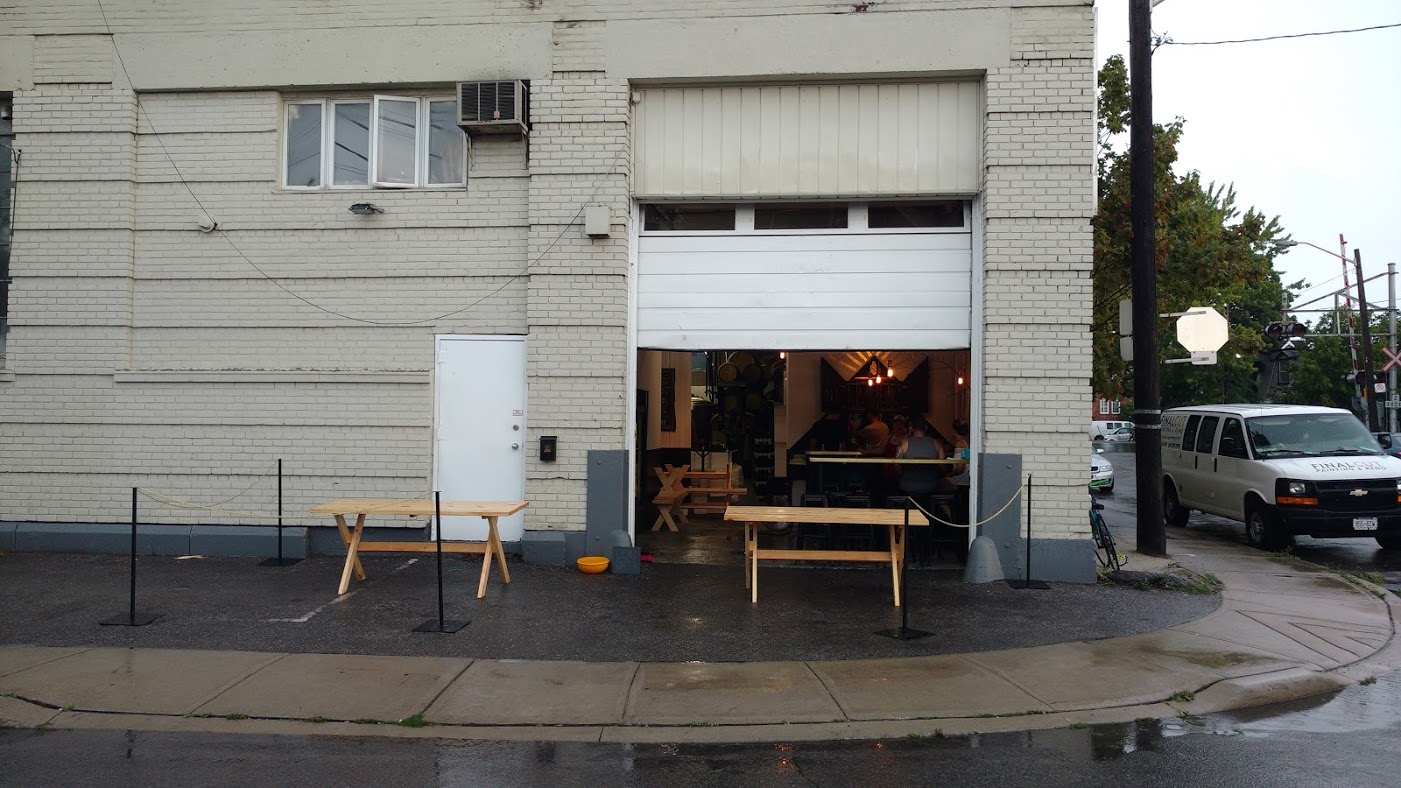 The guys at Blood Brothers started in an absolutely tiny space that had no tap room and maybe enough space for about 5 people to stand in.

Luckily they have moved into Indie Ale House’s barrel room. It is now a wonderful (though still small) tasting room that includes a huge list of their hand made beers.

Make sure to check out the food offerings in the fridge as well, they are surprisingly good for what they are.

Bar Hop (both the original and Bar Hop Brewco) 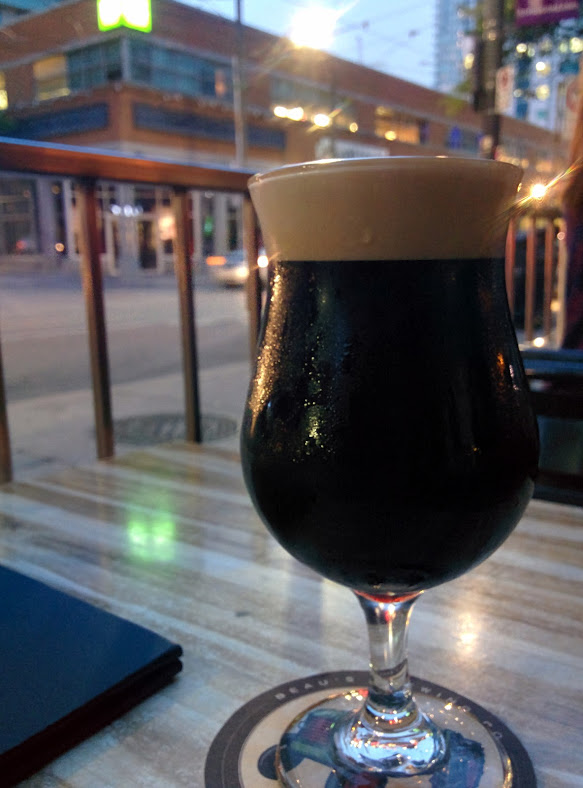 Bar Hop got so popular that they had to open a second location. I’m glad they did because the original (and the new) are absolutely amazing craft beer bars.

While they may not have the largest number of taps in the city (I have a feeling The Craft takes that crown) they are easily the best curated list of craft beers.

Combine that with amazing bar food taken to another level and you have a place we visit constantly. 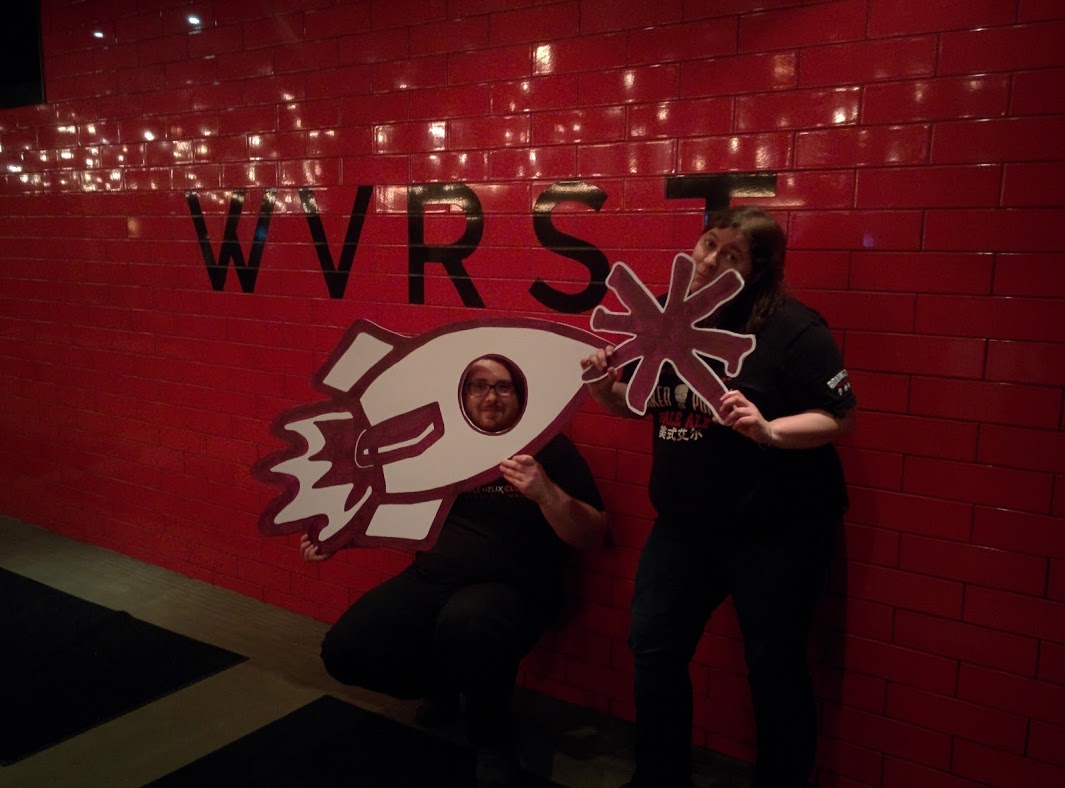 WVRST does not have a huge tap last like some of the other on this list. What it does have is an amazing atmosphere, great food (I bet you can guess what the focus is!) and a curated beer list that will keep you happy every time you go.

Every time we visit we find something new to try. They also host a lot of different events including beer releases so keep an eye on their news page. 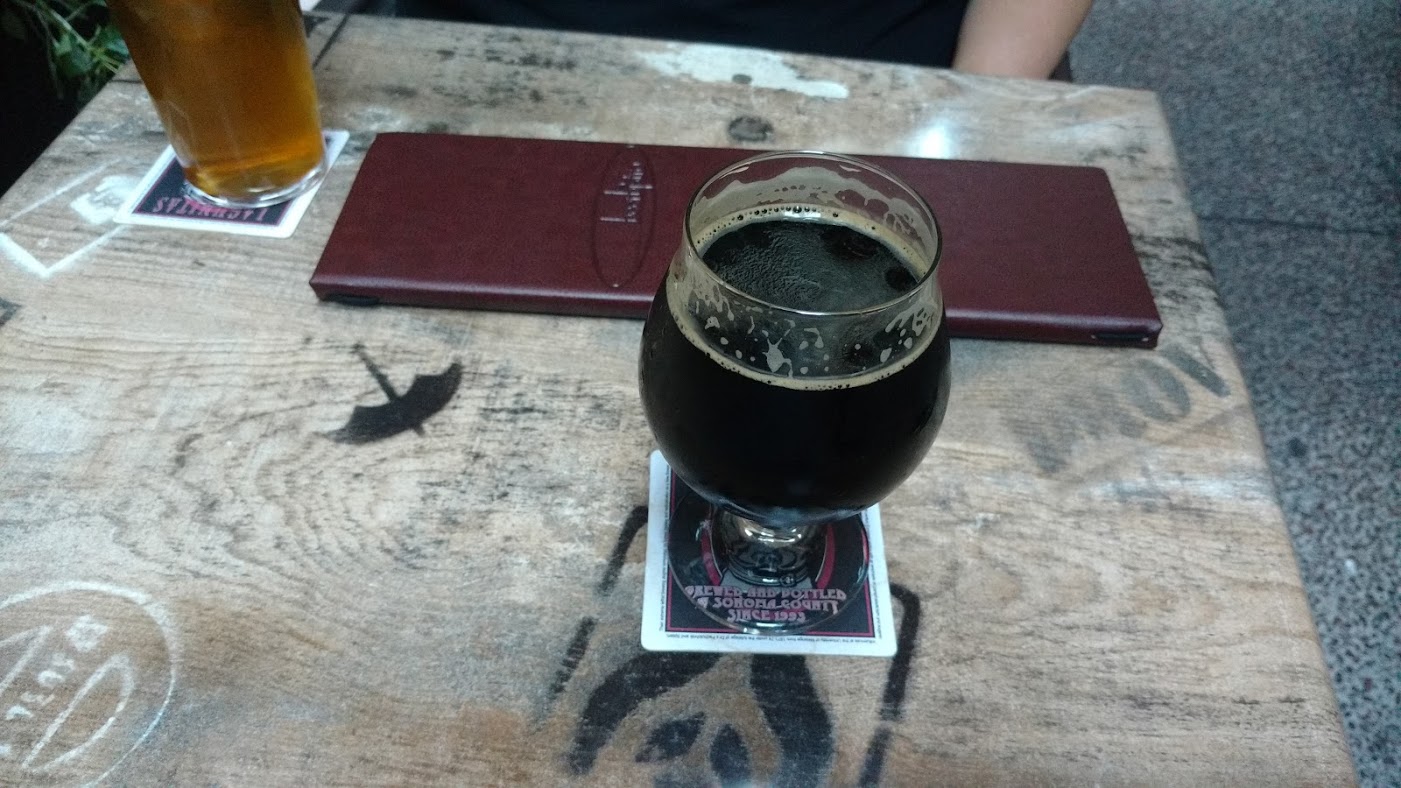 While many of the places on this list are new, Beer Bistro has been on the scene for a very long time. With a focus on craft beer and great food it’s one of our favourites. This place is on King St and isn’t as laid back as some of the other bars we’ve listed but it’s worth putting pants on for.

Make sure to check out their bottle list. They have some super rare and interesting bottles in their cellar just waiting to be discovered. 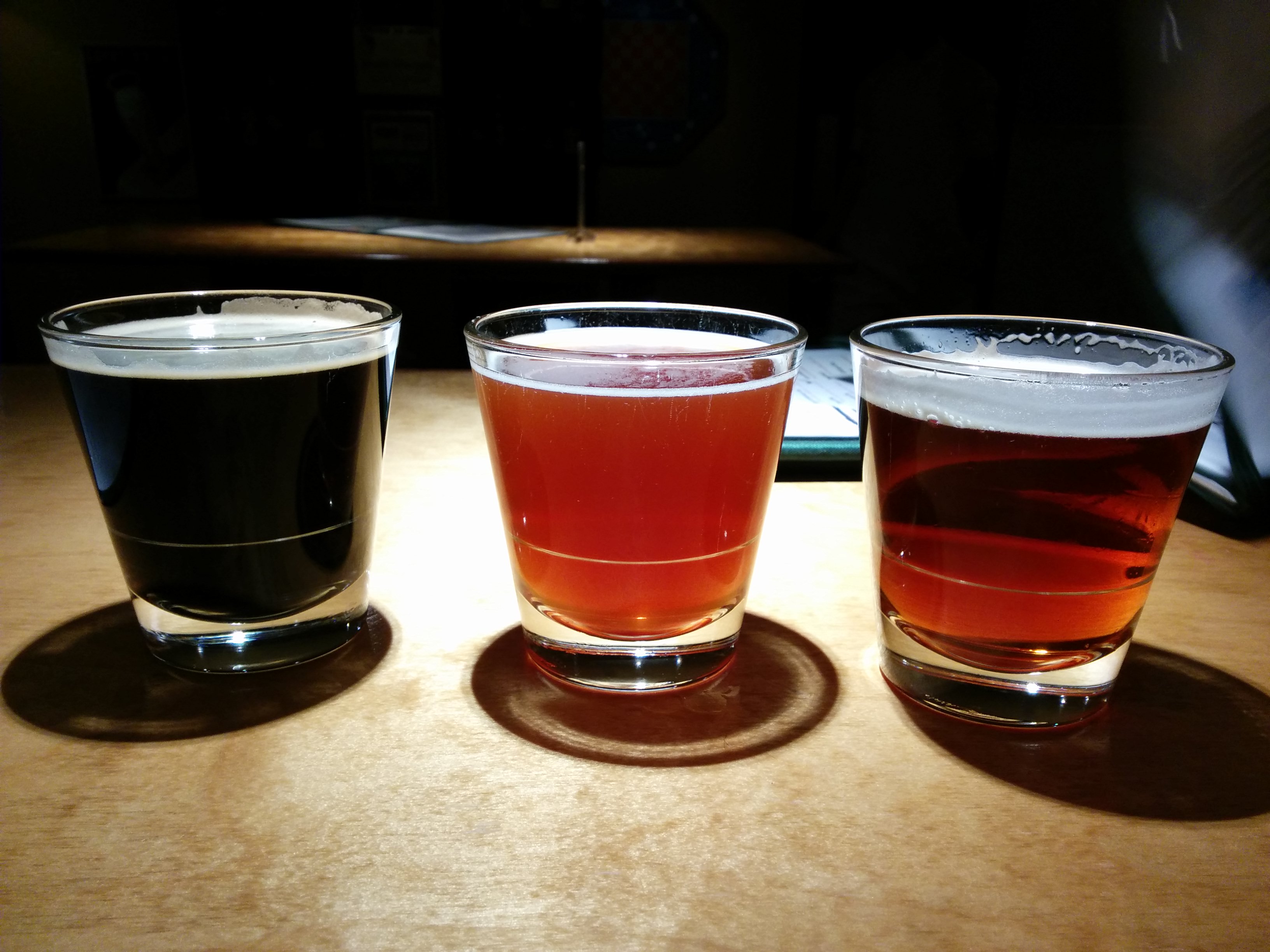 C’est What? is another classic in the world of Toronto craft beer. They have over 40 rotating taps along with 21 casks on the go at any one time.

Combine that with the awesome basement of a castle type of atmosphere and you have two beer writers that are in love with a place.

They also have a great food list, so go for dinner and a drink! 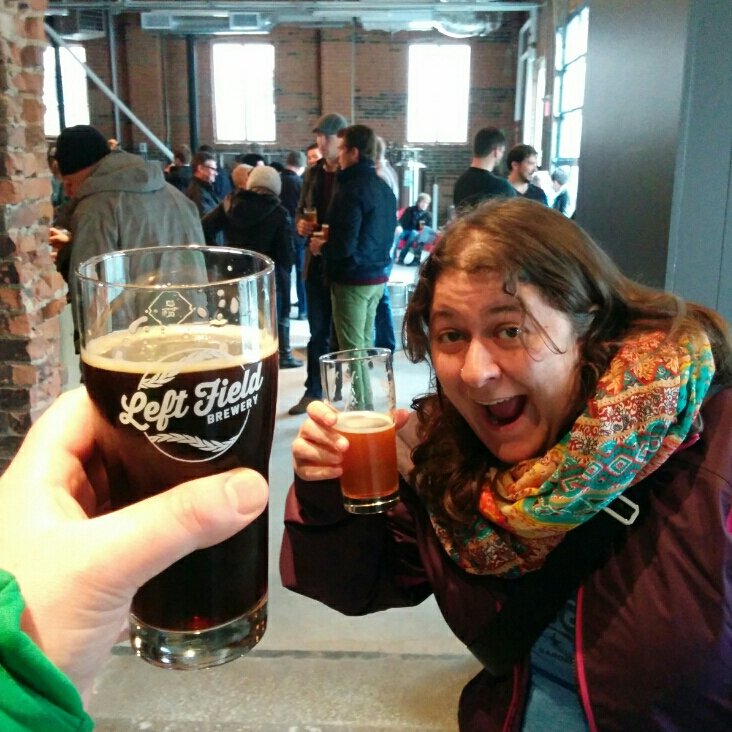 We have had many a great night over at Left Field Brewery and I am sure we will have many to come. They started as a contractor and have gone on to create a wonderful taproom and brewery, complete with great tours you can take.

We recommend heading their for a Blue Jays game to feel what the energy of the place can be like. 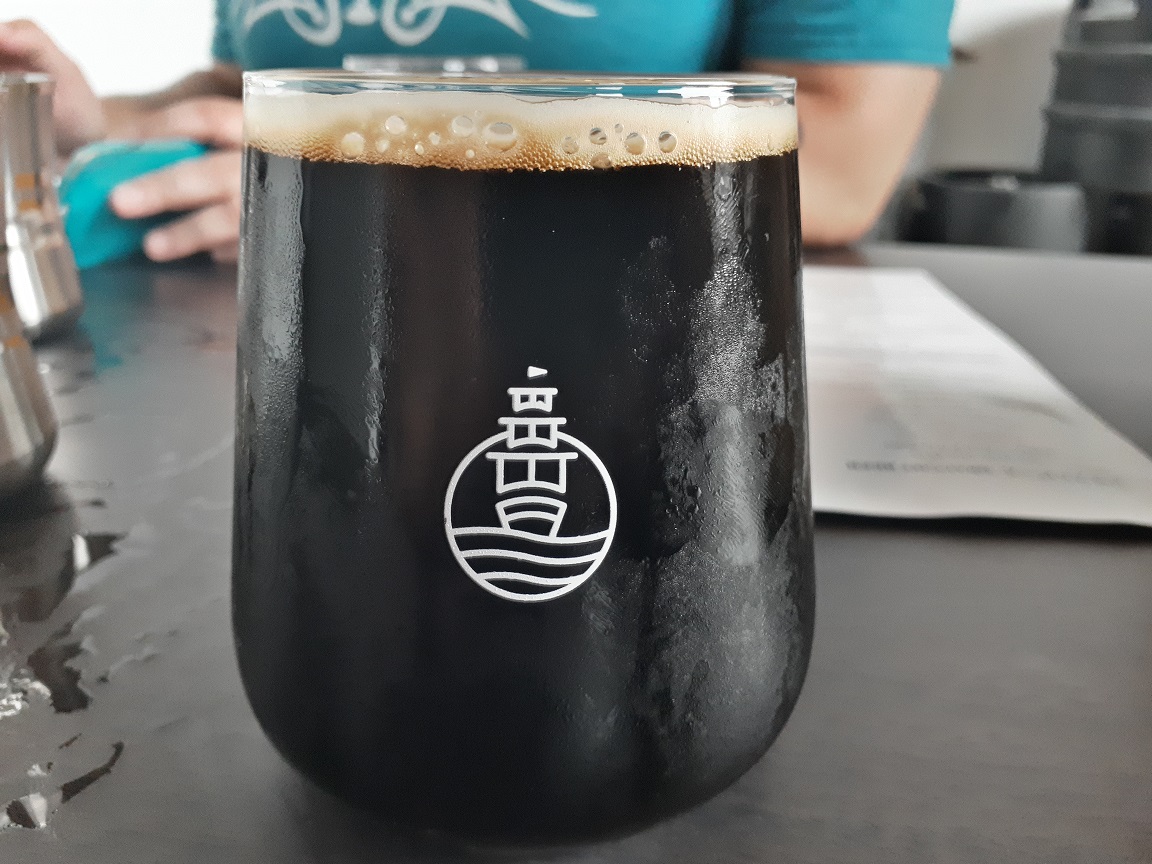 Started by Bim Lafontaine, former head brewer of Dieu Du Ciel in Montreal, Godspeed is a place you’ll find well balanced brews and Japanese minimalist style. Their food is “humble” as he describes it and mostly a Japanese take on standard pub food. Everything is served with chopsticks though! 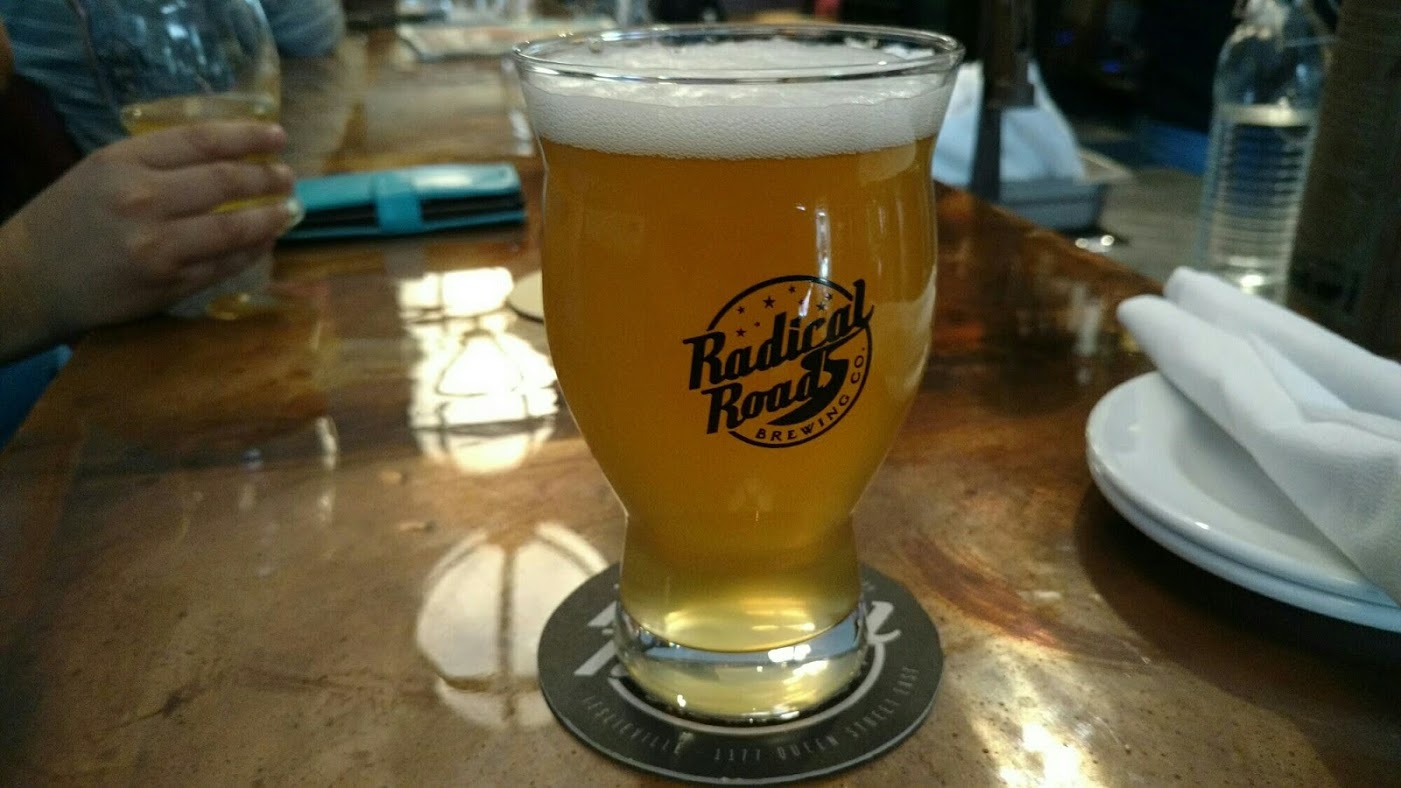 Radical Road is brand new to the area but we are already in love with it. Their new space has a tap room that features all of their locally made beer as well as food that will surprise and delight. The Jamaican curry lamb will blow your mind.

I used to live in Leslieville and I gotta say, this place is way better than the DIY wine place that used to be here.

If you have a dog or just love them Black Lab has become one of the best breweries in the city to visit. They have fantastic beer and friendly staff that are happy to help anyone from beginners to the most advanced beer snobs. It’s part of what’s making the East End more and more appealing for beer drinkers. 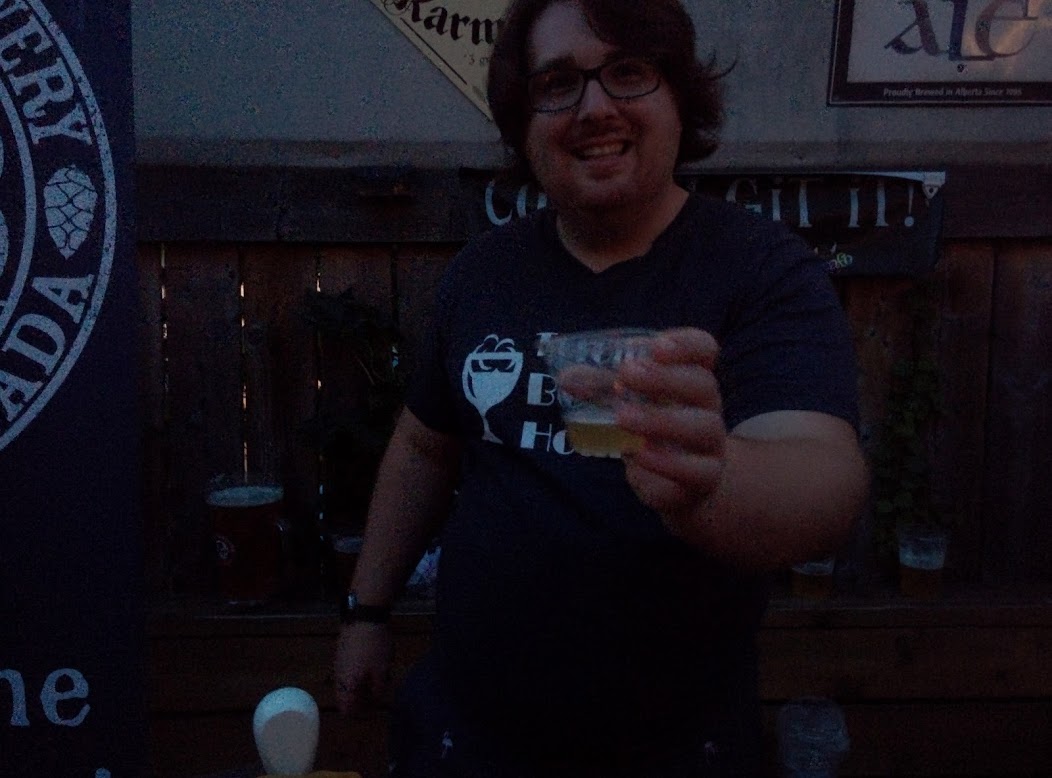 Sorry for the bad photo, that was a bit of a crazy night. The Only Cafe is an icon in the craft beer scene in the East End. They are small, a bit strange and you are guaranteed to have fun any time you go there. The beer selection is always amazing and the crowd is a ton of fun.

I recommend heading their during patio season to hang out with the raccoons in the back.