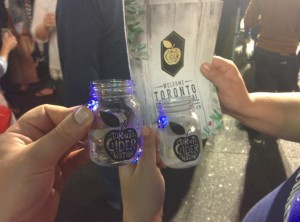 This Saturday was the very first Toronto Cider Fest. When we first arrived at the event we saw a big sign that said ‘Tickets Sold Out!’ which I must say for a first event is a hell of an accomplishment.

We covered the festival a bit in our preview post found here.

This post will cover our experience at the event itself.

First lets go over the positives:

Now some of the negatives:

In the end I would call this event a success. We had a great time and will certainly be attending next year. There were a few minor hiccups but for a very first event this went very smoothly. Keep up the great work guys!