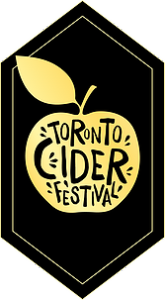 We write about beer a lot. Too much to be honest. We try to write about everything else (such as wine, whisky and the like) but beer just takes up all of our time. This is mostly because beer is what this city is great at.

It’s exciting though that we will be attending the Toronto Cider Fest!

A lot of the beer fest’s will have a cider or two but this is the only full on cider fest that we know of in the city. As luck would have it, this is the first year it will be taking place!

Taking place at Yonge and Dundas this year it will be hard to miss if you live anywhere near downtown.

Some of the awesome stuff happening this year include cider cocktails and cider and food pairings. Which is certainly interesting. They will also have a charging station and seating area sponsored by Angry Orchard and a cider cocktail competition sponsored by Jagermeister.

What we are most excited for though is the cider itself. Generally we like dry ciders but this event has some real contenders in every category.

Basically every cider we have reviewed here will be represented but we are very excited for what Spirit Tree and Pommies might have on offer. Spirit Tree because they always have something interesting to try, be it a unique barrel aged variant or a flavour combo we don’t expect. Pommies because everything they seem to release is solid and tasty.

Tickets right now are $30 in advance and $40 at the door. Make sure to get them now to get the best price.

They are predicting about 4000 people to attend.

For those with sensitive teeth (like myself) I would recommend having some water between each glass of cider.