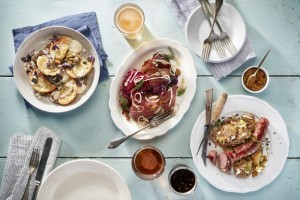 It’s been long rumoured and guessed at what exactly Creemore Springs (Owned by Molson-Coors) would be doing with the location of their former ‘Beer Academy’ and now I can officially tell you:

Not exactly a stretch given that the location has been the home of brew pubs for over a decade now. The issue is the amount of times this location has changed hands in that time!

That’s a lot of brew pubs!

Batch will have a list of 10 beers on tap. 6 of these beers will be brewed in-house by Andrew Bartle, a graduate of Niagara College’s brewing program and former head brewer at Northwinds Brewery.

The menu was directed by Chef Ben Heaton and is said to incorporate local ingredients with a ‘farm to table’ mindset. The food is described as comfort food that will pair well with the craft beer.