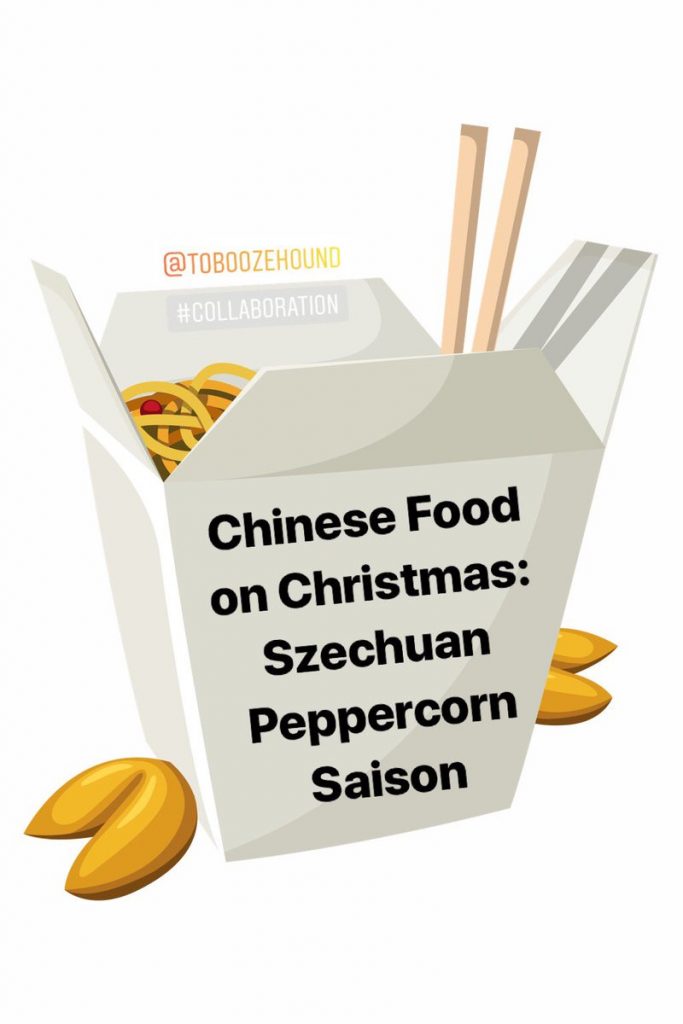 After years of writing about all things beer in Ontario, we thought it would be nice to give it a go and brew up a small batch of our very own. Back in the spring of 2018, People’s Pint Brewing Company took over the brewing space at 90 Cawthra Avenue, previously occupied by Junction Craft Brewing. In addition to their own rotating menu of delicious small-batch craft beer, People’s Pint kept their homebrew roots alive by crafting one-off brews with local homebrewers on a rotating GTA Brews tap, a great opportunity to try some really funky, experimental one-off brews. The idea of brewing up a collaboration beer with the fine fellows behind People’s Pint began floating around in the spring, and finally, in November, we came up with a unique idea and some time to make this happen.

I arrived an hour early for Ren Navarro’s Beer Diversity talk to chat flavour ideas with Doug Appeldoorn,  co-owner of the People’s Pint. Originally, I wanted to make a beer for Chanukah to feature at the end of the 8 Beers of Chanukah, by far my favourite writing project. This wasn’t going to work for this year’s Chanukah since I was simply too late in the game and the beer wouldn’t be ready on time. We shelved that idea for the time being – I’ll have to revisit it for the much later December 22 start date in 2019. Since I couldn’t make a Chanukah beer work, I started thinking about making a Christmas beer, when Kole reminded me that I absolutely hate Christmas, and basically celebrate Festivus instead. The idea suddenly became obvious to me: it had to be a Chinese food-themed beer, since apparently Jewish people are known for eating Chinese Food on Christmas. Full disclosure: I didn’t grow up eating Chinese food for Christmas. We ate it a lot – instead of sitting shiva in my family, we would go out for Chinese food. We ate it for birthdays, good report cards, because it was Tuesday night. But never for Christmas – we didn’t have any traditions that really stuck for Christmas. We had the world’s tiniest artificial tree that was topped with an aluminium foil Magen David. We lit the Chanukah candles, and some years there were Christmas presents. We’d go out for brunch at Chenoy’s Deli in Laval (now defunct it seems), and that was our tradition. But Kole and I have embraced having Chinese food on Christmas with enthusiasm, and it’s our little tradition now that we’re married and there are 3 sets of parents to contend with. I love Chinese food, and Americanized Chinese food, so much that even though we visited China in December 2015, I still had to have dumplings for dinner shortly after for Christmas. But how to impart something distinctly Chinese into our beer?

Enter these bad boys: Szechuan peppercorns (or Sichuan if you prefer). I brought some back from our time in Chengdu in 2015, and they impart a delightful mouth-numbing sensation and tingling tongue without delivering a spice bomb the way hot peppers can. I love tossing them in chicken soup when I have the sniffles. Not sure of how many we would need or the freshness of the ones I had at home, I sent Kole out to buy some from Bulk Barn.

The fine folks at People’s Pint did the real hard work of coming up with the recipe. Might as well trust the professionals when it comes to the art and science of beer – my homebrewing experiences have had limited success, and the only other time I brewed was for International Woman’s Day at Folly  Brewing a few years ago, when they were under different management. Thus I found myself on a cold Tuesday morning in November heading to People’s Pint with a container filled with Szechuan peppercorns.

Thankfully, I brought my muscles. The grain mix of pilsner, Munich and wheat malt was already milled by the time I got there, and Crystal hops were set aside. A beaker of Escarpment Laboratories Old World Saison Blend was mixing away, ready to go – in a beaker that ironically originated from Chengdu, in the Szechuan province of China.

I poured and mixed as instructed. I measured the temperature of the boil.

And disaster struck our first batch. It was tragic really. After a solid workout stirring the mash above, we went to seal the cooler for a bit and order lunch, but the table gave way beneath the weight of the cooler. There was a mess of hot mash everywhere as if a toddler threw porridge around. Half our batch was smeared all over the concrete floor.

After making sure that no one was hurt or scalded during the great Szechuan Table Collapse of 2018, the mess was thoroughly cleaned up and the table discarded, and a fresh batch of malt was milled to start over. We ordered – what else – Chinese food to refuel.

Our second attempt at making the mash was a success, and soon our wort was happily boiling away. In went the hops, initial gravity was tested, and finally I chucked in the Szechuan peppercorns and the yeast. It was out of my hands now, time to hurry up and wait for the yeast to do its job and convert delicious sugar into alcohol.

An email came in the next day: there was activity in the fermenter. We’d created life!

I came back a few weeks later to check on my new baby and see how it was tasting. Initial sampling had a soft malt profile with a smooth mouthfeel thanks to the inclusion of wheat in the mash, and a peppery characteristic from the yeast.

There it was: initially at the tip of the tongue, giving way to the back of the throat after a few sips. The tingling sensation that the Szechuan peppercorns added to the flavour profile. It was subtle but present. After consulting with the master scientists and artists in the brewery, we decided to add a few more grams of peppercorns to the fermenter for the last 24 hours before kegging it, to add a bit more kick.

Are you curious about trying a Szechuan peppercorn saison? Do you also traditionally enjoy Chinese food on Christmas? Join us from 4 pm onwards on Sunday, December 16 at the brewery as we tap the only keg of this unique brew and celebrate Festivus. As an added bonus, we’ll have our genuine Toronto Booze Hound with us. He helped with the quality control process, after all. We’ll be ordering some Chinese food to pair with this bad boy.