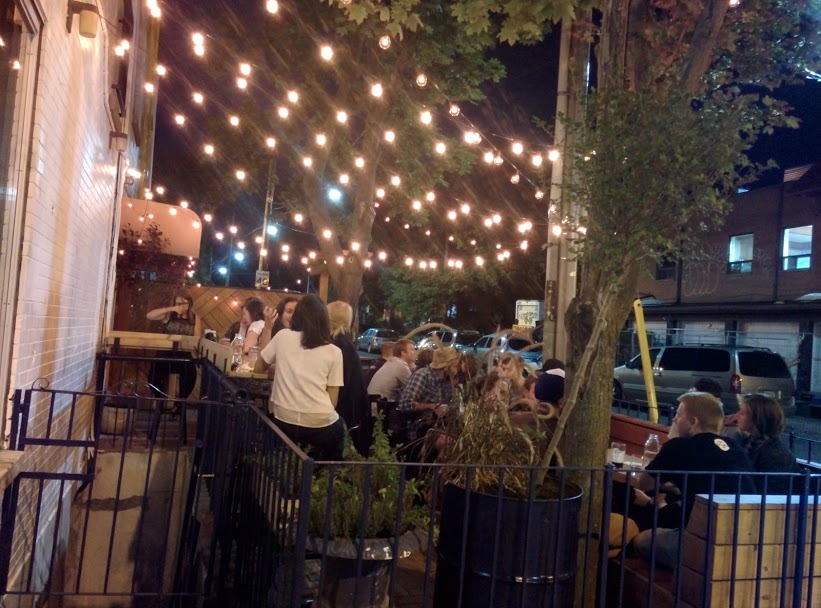 On Friday we had the chance to attend Burdock Breweries beer launch party. They certainly have a lot to offer the city but lets start with the basics:

Burdock is a brewpub in the purist sense. It has a great Montreal feel to it and an absolutely wonderful patio. They are located in the West end on Bloor by Dufferin.

Their beer is all brewed on site and half of the bar is taken up as a separated music hall that generally has lots of great indie music.

On tap the night we went they had 8 beers available. Luckily they sell 5 oz pours so we were able to try quite a few of them without getting too blurry.

What we noticed was that they generally took pretty standard beer styles and added a twist. Such as a hoppy lager or a session stout.

We were able to try some of the appetizers on their menu and generally we found them quite good. The corn was a bit sparse but otherwise the portions felt good for a snack.

Another issue was the patio seemed slightly under covered by wait staff and slightly over covered by bus people. This is a hard balance to make so it might be ironed out pretty quickly.