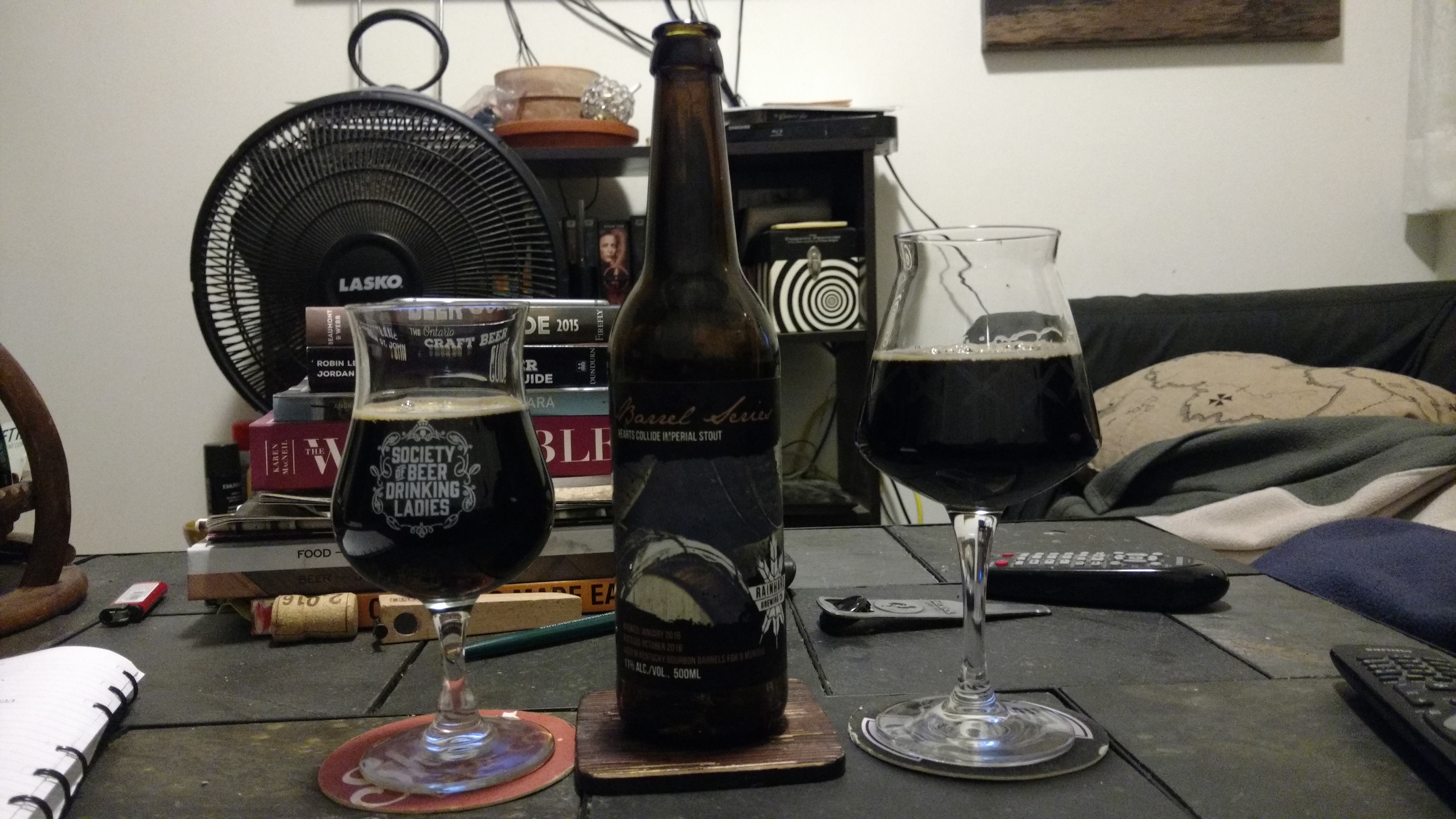 How fitting that the last night of Chanukah falls on New Year’s Eve this year. It’s been 8 crazy nights of beer, and tonight we bid adieu to a craptacular year. I’ve had a beautiful 500 ml bottle of Rainhard Brewing Company‘s gorgeous Bourbon Barrel-Aged Hearts Collide Imperial Stout hiding in my fridge for a few short weeks. It was released on the same weekend that Shacklands Brewing Company opened next door, so we made the journey out to the Stockyards area to pay them both a visit.

I already had my lineup for the #8BeersOfChanukah2016 ready from an LCBO run – or so I thought. Then I had some Hearts Collide on tap, and chased it with some of the Barrel Series release to compare the two. Hearts Collide spent 9 months in Kentucky Bourbon barrels becoming even more decadent, and would cellar well. Did I mention this is an 11% ABV beauty, with 90 IBU? My well-laid plans went out the window, and I knew this had to be the final beer of Chanukah. Brewmaster Jordan Rainhard was all too happy to relieve me of $10.95 to bring a bottle home, and managed to upsell me on the glass on the right hand side of the photo to boot. Nice job, Jordan!

If you’re getting festive for New Year’s tonight, you may want to wait until tomorrow to get into this beauty (if you can still get your hands on a bottle that is – this was a limited release). The 11% creeps up on you rather fast. Every time I hear the name Hearts Collide, I get a nondescript heavy metal song stuck in my head that probably doesn’t actually exist. It’s that sneaky. Serve this at around 12-14C in a balloon glass or fancy pants Rainhard glass for optimal yumminess.

Aftertaste: Toasty aftertaste. Lingering bitterness from the 90 IBU but it tastes more like baker’s chocolate bitter rather than hops bitterness.

Food pairing: Dark chocolate cake without icing – the sugar in the icing would ruin it.

Overall: Please make more? I want more for next Chanukah.