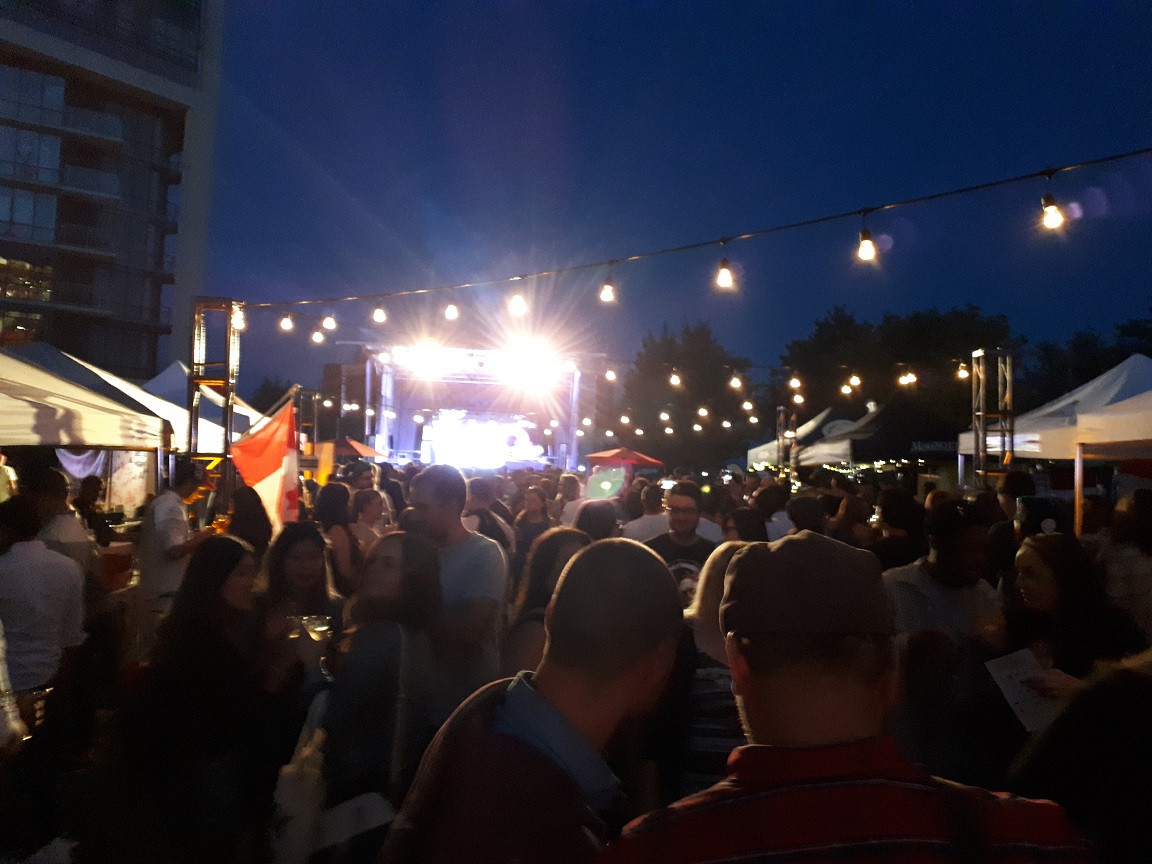 This review is coming a little bit late, this is mostly due to the fact that I was on my honeymoon in Thailand for a few weeks, so I hope you can let my lateness slide a bit…

This year I have to admit: they fixed most of our issues. The biggest one being the venue:

While I really enjoy Yonge-Dundas square, it simply isn’t large enough and can become very uncomfortable during sold out events. It has a claustrophobic feel and the music on stage is almost always too loud, especially for an event where you can’t get too far away from the stage (I’m not kidding Griffin, love your event but it needs a new venue!).

The new venue at Sherbourne Common is much larger and gave us breathing room to be able to get away from the stage and actually hear each other talk. This could be me getting older though – I used to love loud music!

The larger venue and better spacing of cider makers also helped in that line ups where generally shorter and moved at a quick pace.

In terms of the other ingredients to a festival they had already gotten a lot right in the past: there was tons of cider to choose from and a variety of fantastic food to eat.

We mentioned it in our original review and I do think I have to bring it up again: the sponsorships are still over the top. While I understand it’s hard to run an event like this profitably and it’s hard to say no to cold hard cash, it could have been toned down a bit.

My verdict? We really enjoyed it and will probably go again!