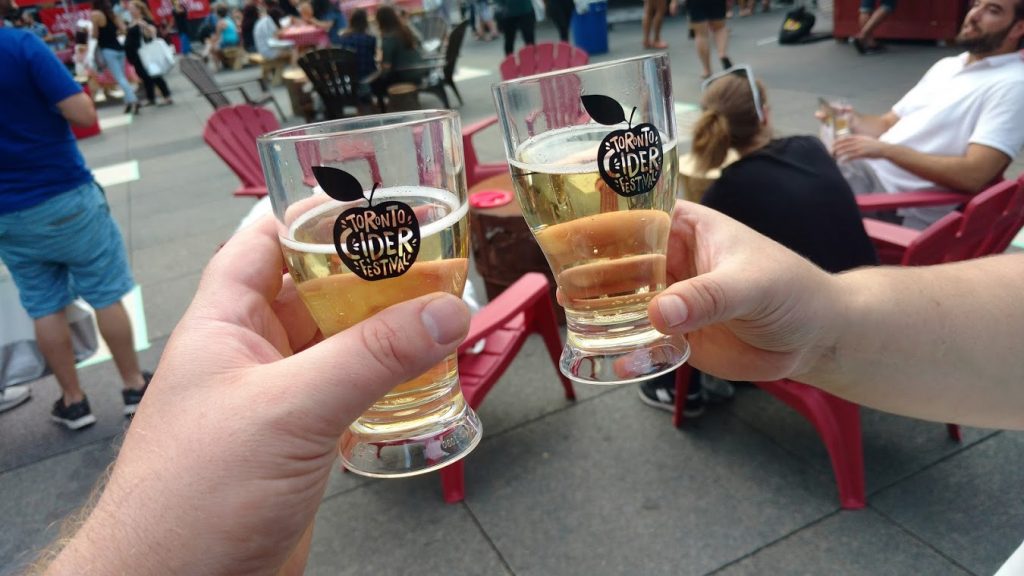 I have to say, we had a hell of a weekend. The Saturday started with an exciting game of Jays baseball and then the Toronto Cider Festival to top it off. We had a few remarks about the festival last year so I think this year I’ll see what they improved upon first:

Club Like Music: this year it was mostly live bands. A high lite was a violinist that reminded me of Owen Pallet with his creative use of the instrument.

Long Lineups: this year was WAY better than last. This was probably due to the larger pours (so you go back to the lineup less often) and the larger selection of cideries. Big win here.

Tiny Samples: fixed. They used proper 4 ounce pours this year. The change to plastic was slightly annoying but seems to be out of their control (the venue forced the issue.)

Over the top Sponsorship: honestly, this was still the same.

The main thing I liked about this year was the selection of ciders to try. They vastly improved the turn out of cider companies and had a nice selection of weird ones along with the standards.

At this point I think it’s time for them to grow beyond Yonge Dundas square and find a larger space. They sold out again this year and I can’t see them having any issue selling out a larger event space.