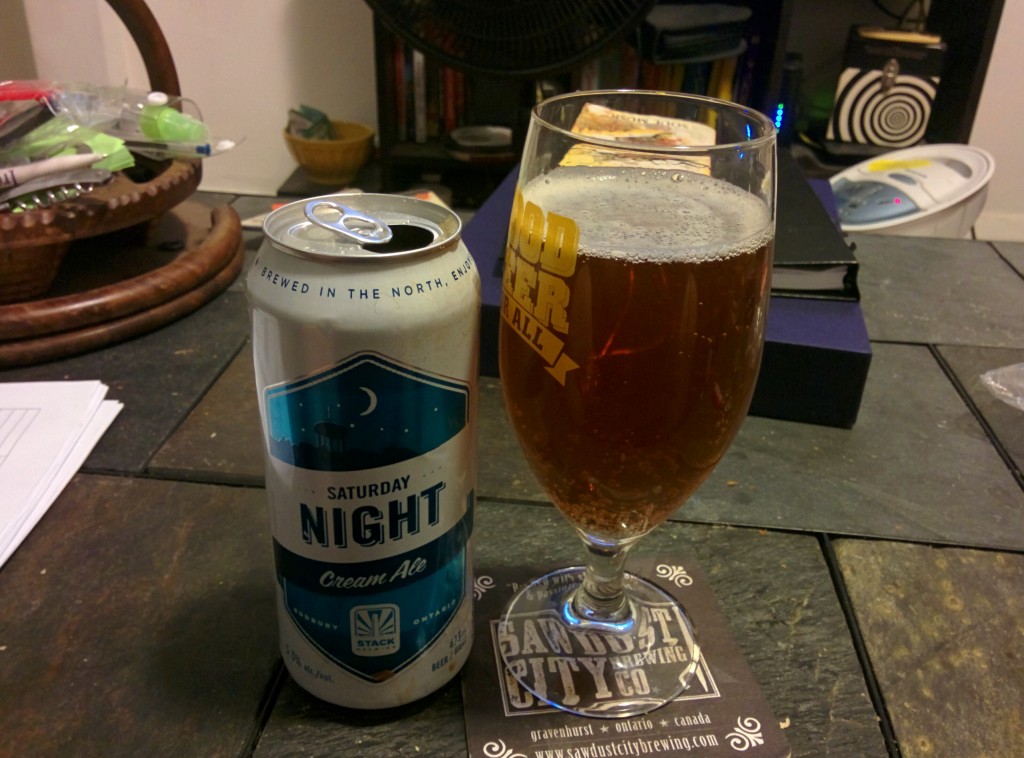 We really don’t give enough love to the guys over at Stack Brewing. Maybe it’s because they are WAY over there in Sudbury or maybe it’s because we’ve gotten so used to weird sour beers exploding our pallet that we don’t give the simple beers they make a chance?

It just happened to be Saturday Night when I cracked open the beer of the same name. This beer is a ‘cream ale’ which is basically the same as a ‘lagered ale’. They make a nice simple ale and then cold condition it for a while to get a smooth and light flavour.

Appearance: Orange and red colour. Head goes away fast. It’s off white.
Aroma: Like soft fresh bread. Maybe a bit of mango.
Taste: More of the mango and a bit of banana. Less of the fresh bread.
Aftertaste: Short and dry.
Overall: Very refreshing.