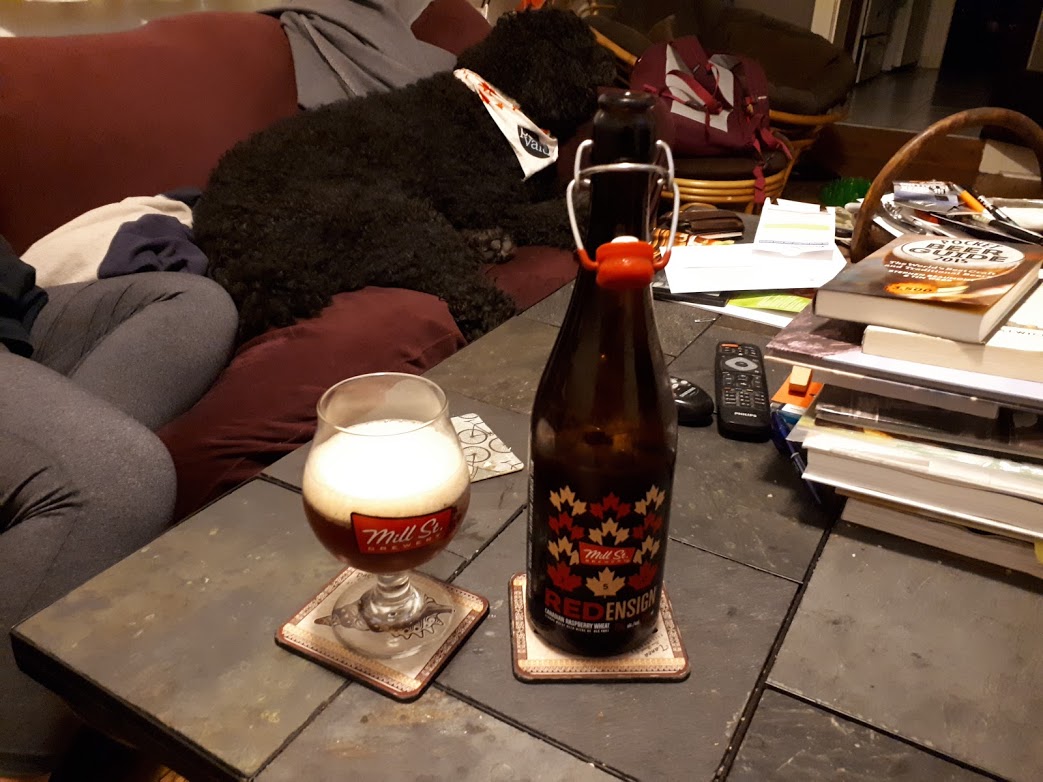 Today Canada celebrates 150 years of existence. Shawna and I will be visiting a Canadian Naval ship and probably keeping an eye out for a giant duck.

To commemorate today we decided to review Red Ensign, a raspberry wheat beer by Mill St Brewing. According to the press release we got on it (this was sent to us FOC by the way) Red Ensign is brewed with 100% Canadian ingredients including raspberries from BC, hops from Ontario and barley from the prairies. A true Canadian beer (though I have to ask where the yeast is from, a wild ferment may have been the most fitting for Canadiana but not for taste!)

The name itself is in remembrance of the original Canadian flag, surprisingly not used on the bottle.

Also celebrating is our dog, a french Canadian who can devour a poutine!

Happy Canada Day and have a great long weekend!

Appearance: Unfiltered and raspberry red. Head fades fast and is off white.
Aroma: Raspberries and white chocolate. A tiny bit of banana.
Taste: Less raspberry than expected. More of the banana and spice of the wheat. A bit of chocolate lingers.
Aftertaste: Lingering white chocolate.
Overall: Sweeter than expected. The use of wheat is tasty. Not really picking up the hops at all, if anything they are tropical. Pair with a beavertail and universal healthcare.