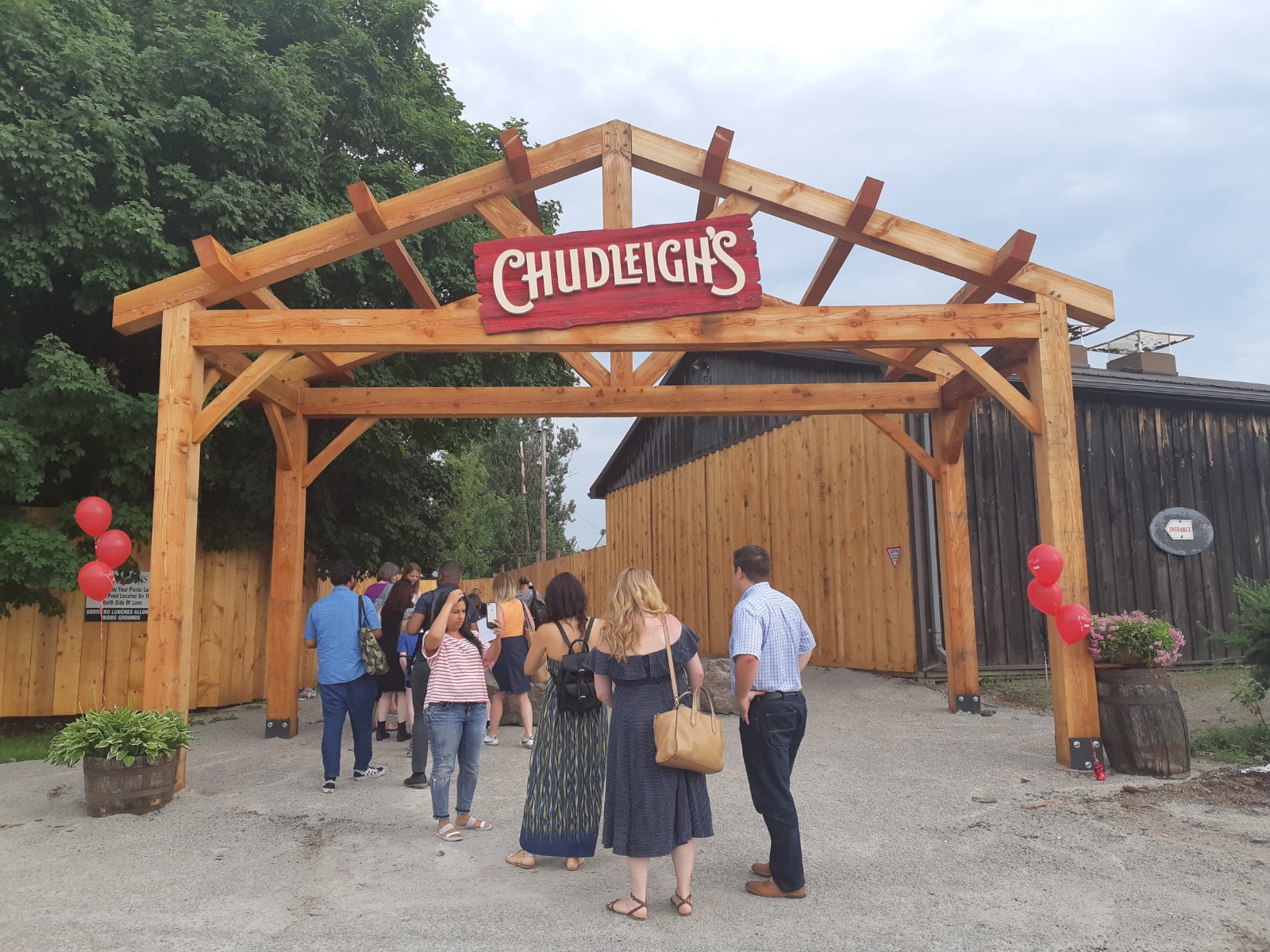 On a hot summer day I was stuck in a meeting. It was about 3:30pm and I was getting desperate. I was supposed to be on a bus heading to an event at 4 and I knew it would take me over half an hour to get down to the meeting point.

After quickly hanging up and walking the dog (who didn’t complain much about the shortness of his walk, it was REALLY hot) I hopped into a Lyft to take me to…a bus.

You see, I was heading to Chudleigh’s Farm for their Summer Cider Nights as a special guest. It seems they had invited a bunch of “influencers” from Toronto to come and experience the event.

As I was pondering the possible irony of using a ride sharing service to get to a chartered bus I saw the news that a massive thunderstorm was on the way. It seems the heat was going to break in a wild explosion while we sipped on cider.

Getting to the bus just on time I was greeted by the friendly PR person and quickly got to my seat where I hastily started taking down the notes this article is based on. Shortly after sitting down I heard someone near me ask

“Is Chudleighs like, a famous farm? Should I know it?”

I should thank them for verbalizing a thought I had as well but was too embarrassed to ask – I, like many others it seemed, had not bothered to Google the place before getting on the bus. I decided that maybe it was for the best: this would be an adventure. Googling the place would make it less exciting – or it may have hyped it up too much.

In the original invite it mentioned that we should bring friends and family – with a focus on kids – but I noticed that as I boarded the bus, while there were a few kids at the front, it was mostly filled with us millianals. Influencers.

As we started the drive the rain decided to make it’s first appearance. It brought a hot sunny day down to a grey and dismal storm. This combined with rush hour traffic on the 401 made my mood a little sour to be honest.

It got better though.

As you can see from the photo above, as soon as we drove into the parking lot at the farm, the clouds parted and we were greeted with the sun again – it’s as if the PR company planned it!

Events like this one have one very weird aspect that I just can’t wrap my head around: you absolutely MUST drive to get to the event but it’s an event based entirely around drinking. Not sure how people outside of the city deal with that – seems like a raw deal for designated drivers.

Back to the event itself though: there was live music, a dinner and of course, the cider itself. Other than those the farm itself was the same as it always is. If you are like me and never Googled it, here’s a link that will give you some info.

The farm has animals to pet, a giant hay bale to jump on and is a pick your own apples kind of place. It was very pretty. Here are some animals I pet: 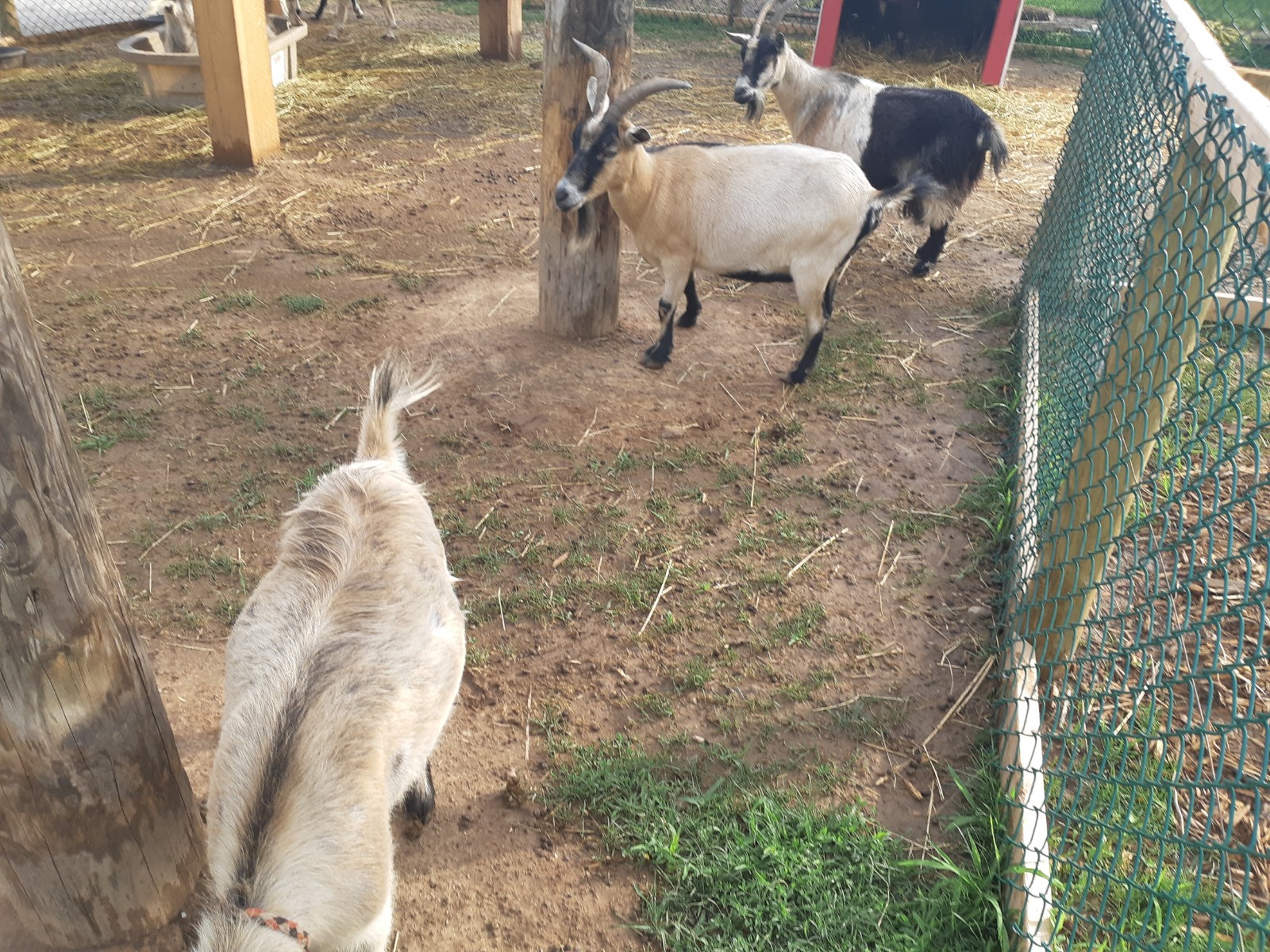 On to the cider itself though. Chudleigh’s is all about apples, they have been selling pies and pick your own for years, it makes perfect sense that they would move on to a cider. Here are my notes I took as I listened to live music and sipped the cider out of a plastic cup: 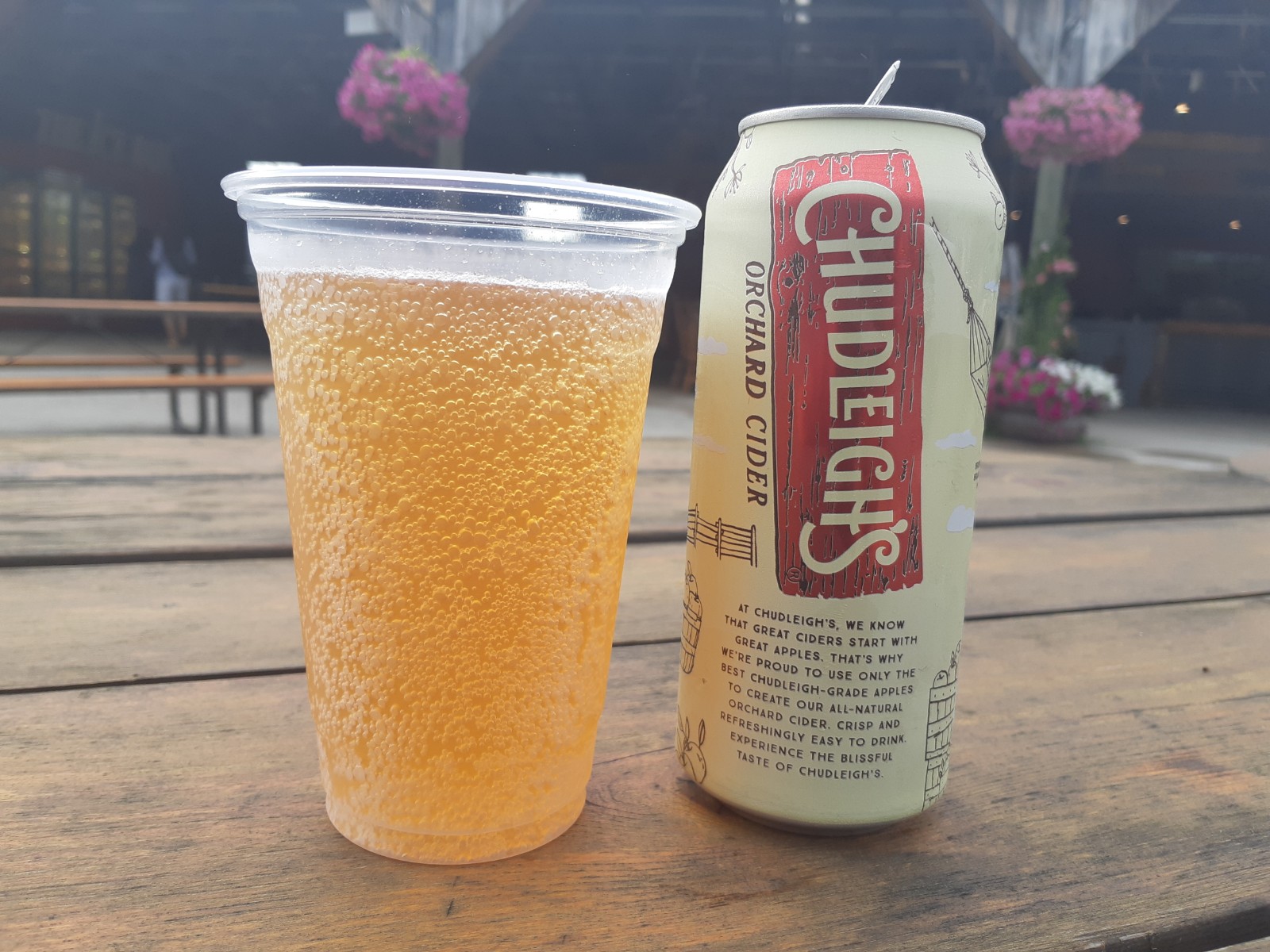 Appearance: Head gone before I write this. Filtered. Golden colour.

Taste: Reminds me of a nice Riesling, that petro-chemical taste combined with mango and pineapple.

Aftertaste: Lingering and sweet – it really coats the mouth.

I could certainly enjoy this on a picnic table while listening to classic blues music, which was the exact situation I was in.

It looks like the cider is brewed out of Waterloo Brewing. LCBO lists it as being “by” Brick Brewing Co. I guess that means it’s more of a licensing deal where Brick licenses the name Chudleigh rather than it being a contract? Not sure to be honest.

I was getting really hungry at this point. It was around 6:30ish when they finally started serving the dinner. I can’t complain here as I wasn’t paying for anything, but gosh was I starving. The food was pizza, these mac and cheese stuffed pastry things, chips and ceaser salad. Not bad. Sadly I was so hungry I had eaten the entire thing before I thought to take a photo. Whoops.

After dinner the music continued and I continued to sip the cider. Like with most alcohol, the more I drank the more I liked it. I may head over to the LCBO and pick up a can or two.

In the end though: I had some fun, it was a unique event and the cider was pretty good.