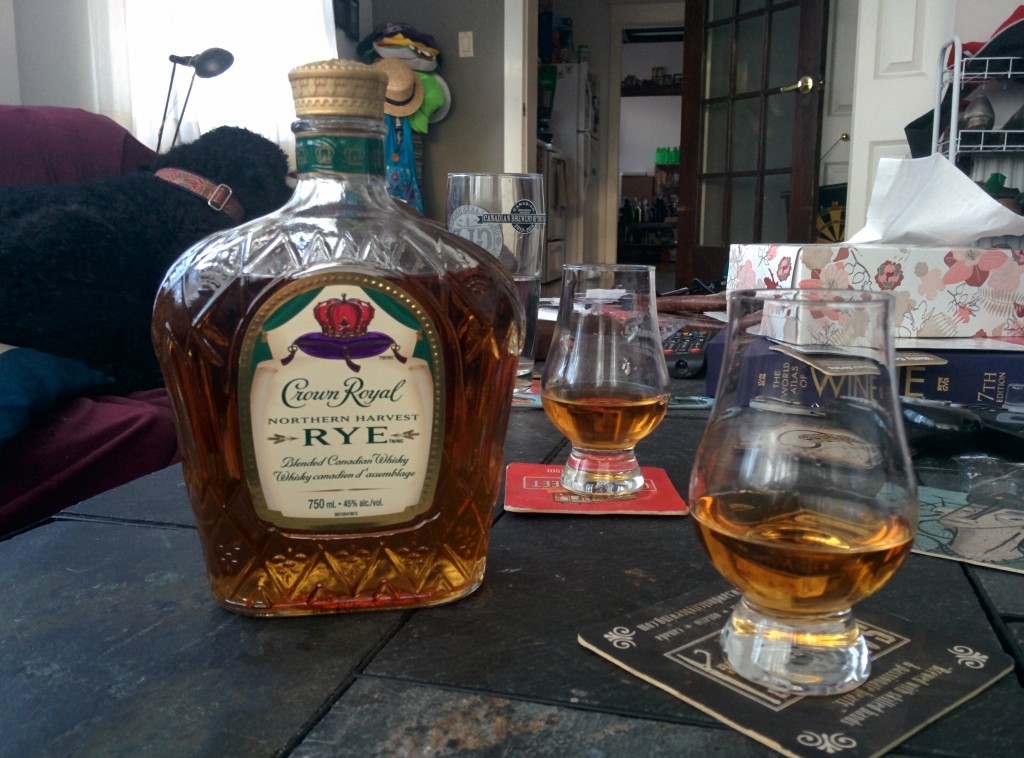 It’s been a few weeks since it was officially announced that this is the best whisky in the world. This threw Canada onto the world stage in terms of whisky and then promptly the LCBO sold out. While I have had a few drams of it at the odd bar or via those tiny bottles attached to regular Crown Royal, I haven’t been able to secure a full bottle so I could do a proper review.

As luck would have it, I walked into a random LCBO while they just happened to be stocking Northern Harvest Rye by Crown Royal and I grabbed a couple bottles!

One problem is I am going into this review knowing this whisky has been rated so highly which will certainly colour how I see it.

We enjoyed this dram in Glencairn glasses which is my go-to for most whiskies.

Appearance: Golden amber. Thick legs.
Aroma: Spicy with clove and cinnamon. Fruity as well, I get green apple and strawberries.
Taste: Lots of that spiciness. Sharp cinnamon and alcohol warmth. Like cinnamon Hearts with a bit of peppermint. Strawberries still there but weaker.
Aftertaste: Long and Spicy.
Overall: Probably the best value you’ll find. $30 per bottle is very worth while.