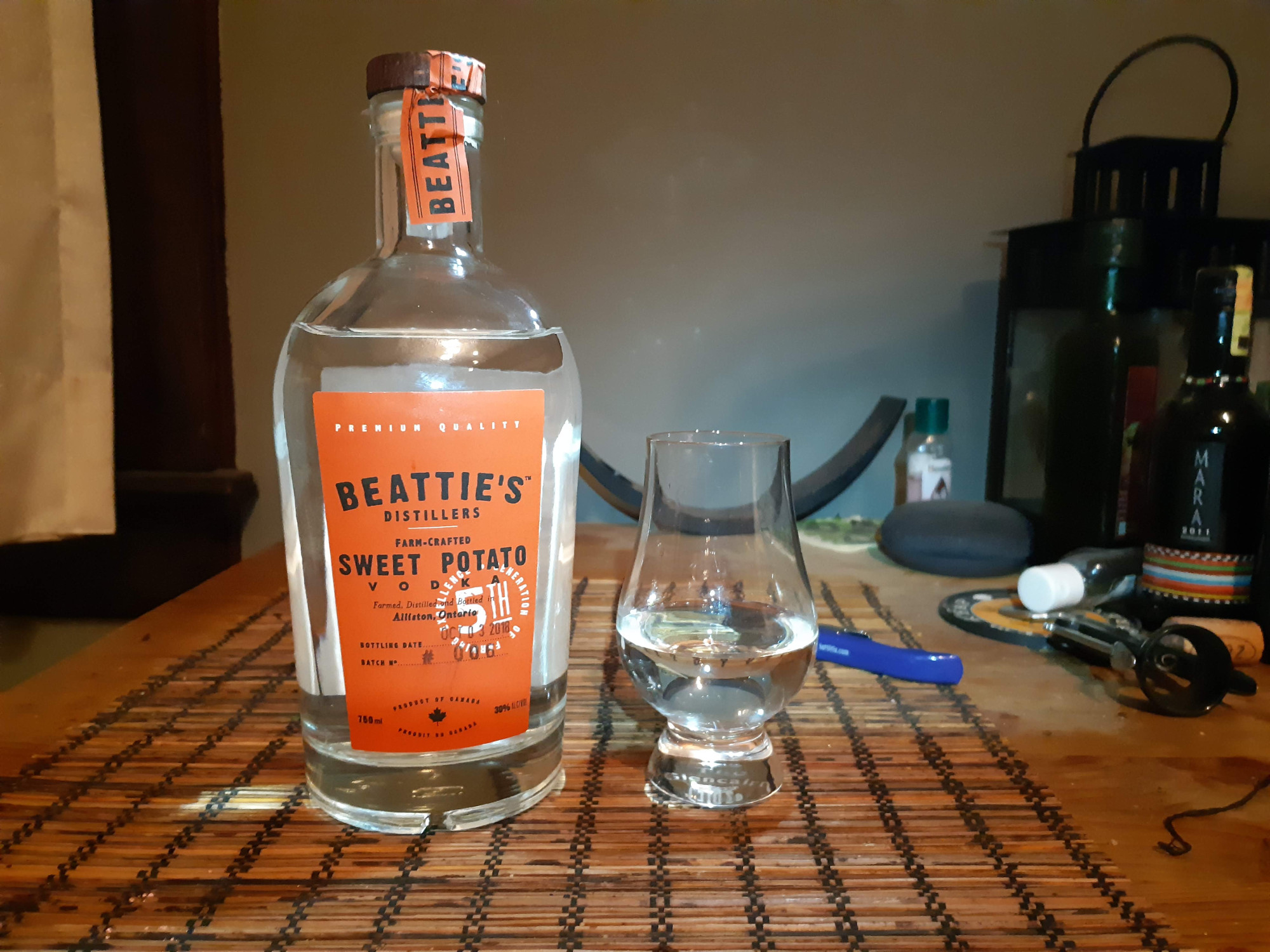 A few years back we found ourselves in Alliston, Ontario. We were on our way camping but while driving through the town we noticed something peculiar: signs proclaiming some kind of potato festival.

This got our attention. We had never heard of and certainly never attended such an event, and had to see what it was all about. To be totally honest the event was kind of meh, but that’s the experience that comes to mind when I saw Beattie’s vodka on the LCBO shelves for the first time.

Beattie’s calls themselves a 5th generation of potato farm. I have to be honest, I totally understand why they may want to put those potatoes to use making vodka rather than french fries. While their vodka is their main product I was intrigued when I noticed a sweet potato vodka available.

The label says that sweet potatoes don’t grow well in our harsh winters but that last fall they were able to grow a few acres of sweet potatoes specifically for their distillery. According to the bottle, this is batch 6 of the product. They have it listed as 006, which leads me to believe they plan to make quite a few more if they have three digits available for the batches.

This vodka has a lower ABV than usual at 30% but personally, I found it was still super flavourful.

To the tasting notes:

Aroma: Sweet potato fries but cleaner without the burn.

Taste: Pineapple, cane sugar and apples first and then a nice sweet potato finish. This is the sweetest vodka I’ve ever had. Creamy mouthfeel that is typical of potato-based vodkas.