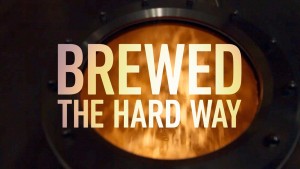 Which as of this writing has the most expensive television advertising in the world.

Budweiser in all of their wisdom, decided to use this multi-million dollar investment to blatantly insult craft brewers.

When I say blatant, I mean it.

You can see the ad here: https://www.youtube.com/watch?v=siHU_9ec94c

They call themselves ‘Proudly Macro’ and a beer meant for those who drink beer.

As for the insults to craft brewers? Well they say it’s brewed for drinking, not for dissecting. and ‘Let them sip their pumpkin peach ale.’

It’s rather strange that they are calling themselves ‘proudly macro’ when they have purchased both Elysian Brewing and Goose Island recently (well, as recently as 2011.) Is this a case of buyers remorse?

In reality they are trying to create an anti craft brewing trend. To make it an ‘us versus them’ battle and make those who already are fond of Budweiser double up on their love and avoid craft beer altogether.

It’s possible they’re feeling that they have already lost craft brew drinkers and it’s better to go after those who haven’t already ‘converted’.

Already the ad is starting to backfire as small brewers and those who love them take to Twitter to mock Budweiser using the hashtag #brewedthehardway.

One brewery mentioned that: “OTOH, Budweiser just used the biggest advertising stage on Earth to attack craft beer, which means they are really, really scared of us.”

It’s a strange tag line for them to take up. ‘Brewed the hard way.’ Do they mean hard because they have to brew so much beer? Or are they trying to subtly say they work harder somehow? The message itself doesn’t actually say anything.