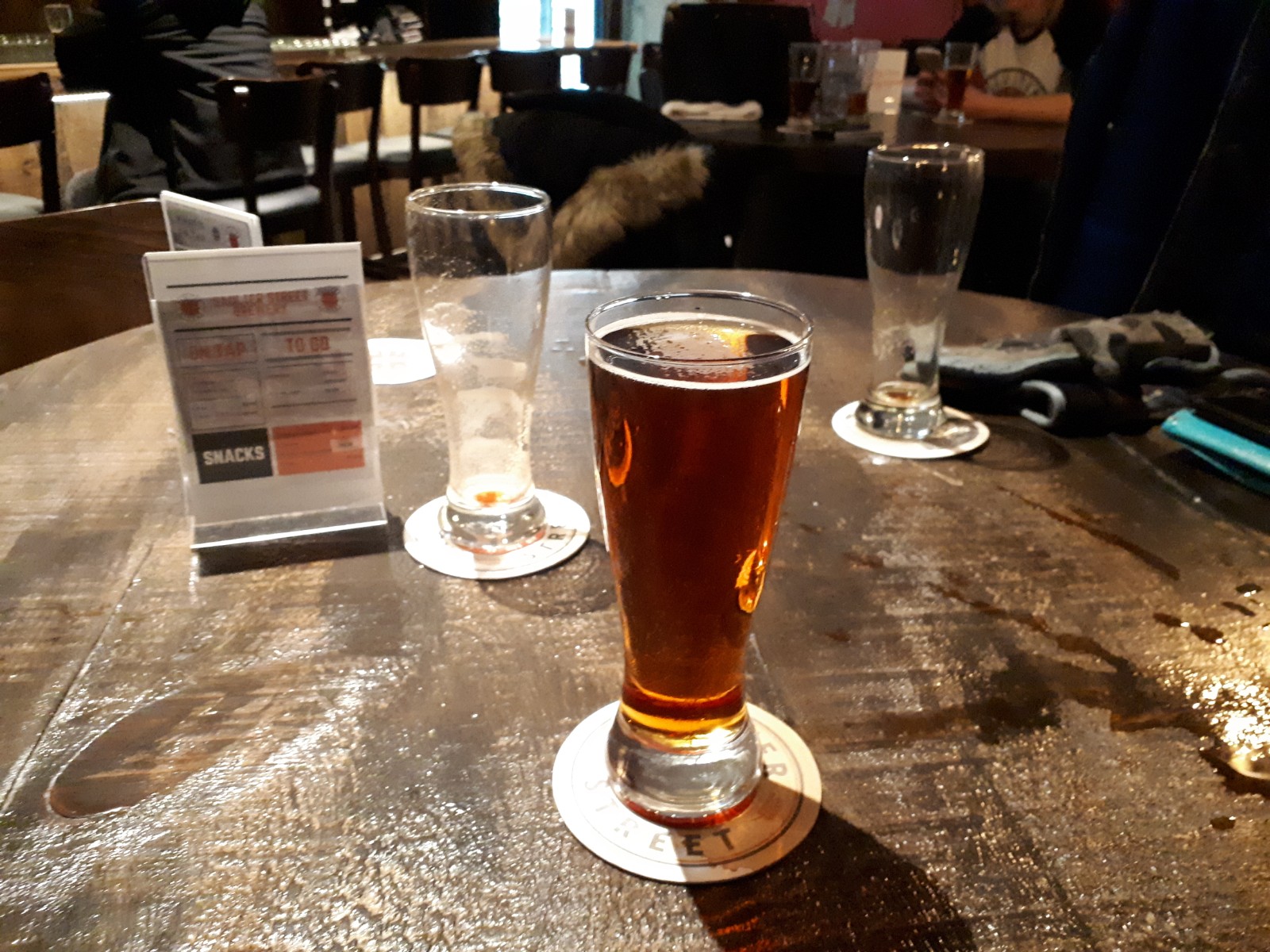 It all began as a bit of whim. It was a cold Saturday and we had the day to ourselves with nothing we really had to accomplish, a rare treat for us. Shawna suggested that we head down to Godspeed Brewery and see how it’s changed since the last time we were there. We enjoyed it last time but living on the west side of Toronto means we can’t visit often.

I liked the idea and thus we headed off to have a beer and maybe some of their famous chicken karaage. I should mention, this was just before Shawna started her dry January. 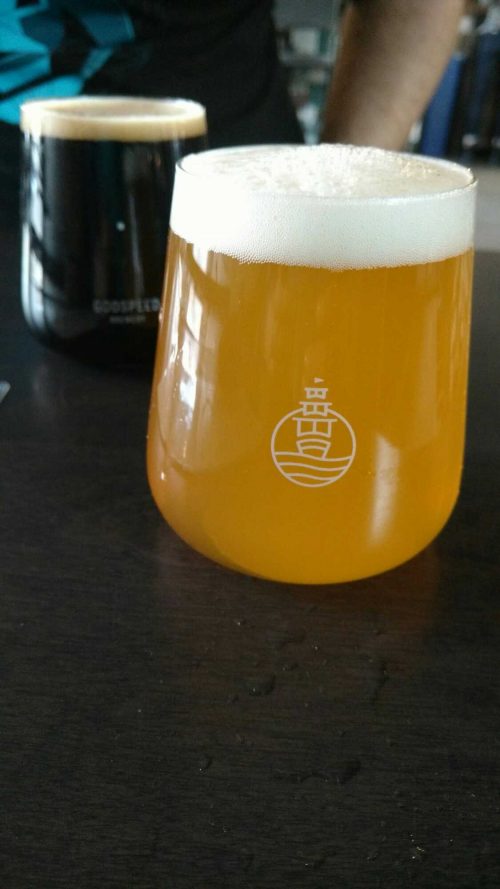 At Godspeed we had a great time. I particularly enjoyed the Ochame green tea beer. Yes, we also had the chicken.

That’s when one of us (I am not sure who) decided to open up the Craft Beer Passport app and take a look.

We clicked the little map button and thus our journey began in earnest.

You see, in the east end, there are TONS of breweries, many of which we hadn’t been in ages. With Craft Beer Passport in hand, we could visit all of them for a very reasonable price.

We opened up Google maps and figured out a reasonable path that would help us hit as many of them as possible. The only real issue was that it was -30 out. We’re Canadian though, we could handle it! And Shawna never tires of reminding me that she is from Montreal, and tougher than me when it comes to winter.

It began with a journey to Rorschach Brewery. Every time we go to Rorschach we have a good time and since it was only a few minutes walk away, how could we not.

Rorschach is a larger brewery that opened last year. While we were there they were setting up for their New Year’s party – it looked like it was going to be a club-like affair with a DJ and photographer. Not our scene but during a non-party day it has a nice pub like quality that we can get behind. 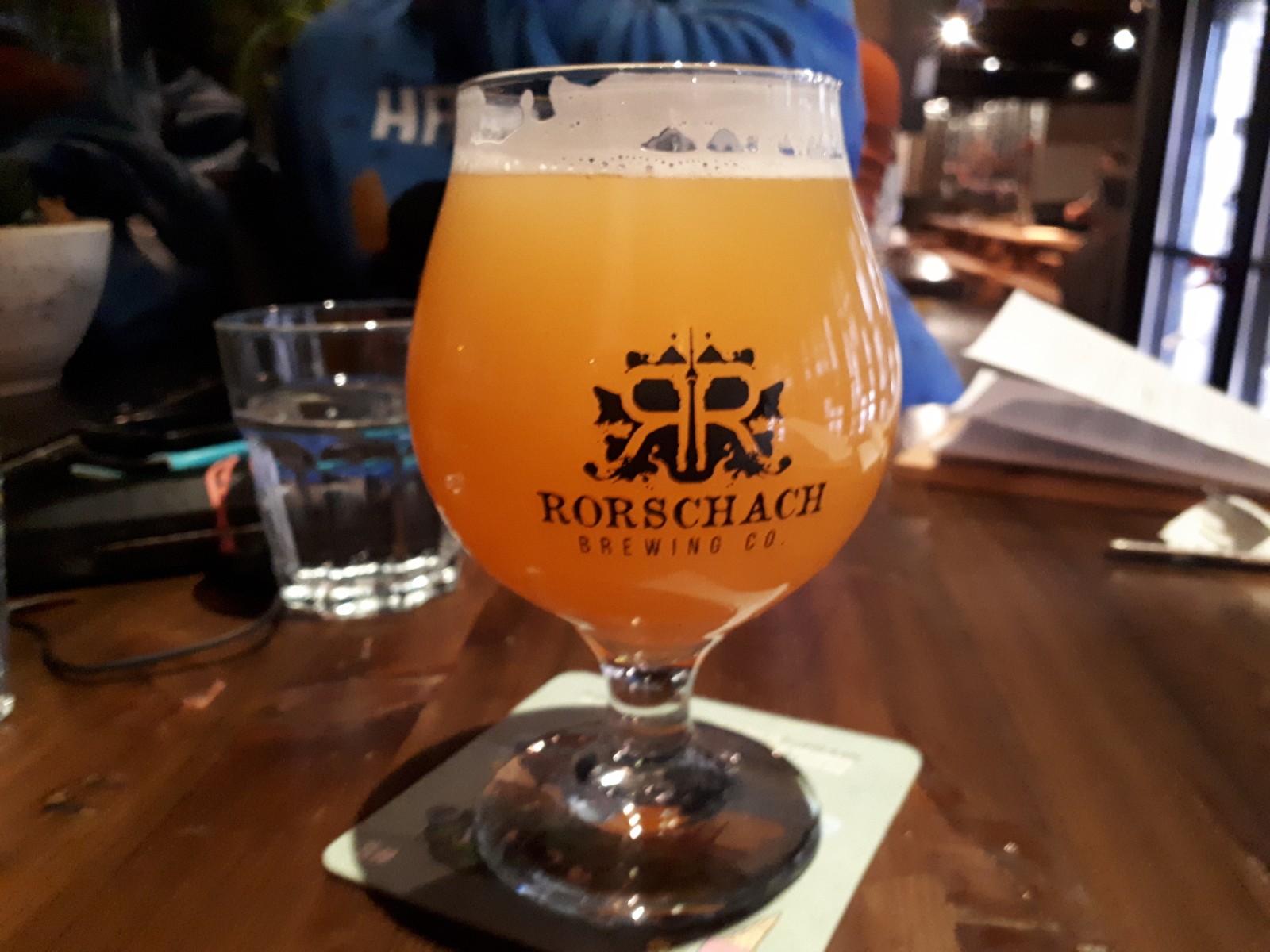 Wow, that photo is a bit blurry. guess I was feeling the effects of a few beers already at that point. It’s also possible I was still shivering from being outside.

After a few beers we were getting a bit hungry and while the chicken at Godspeed was amazing, we only shared a single serving of it. We decided the next step had to be somewhere with food – even though we snacked on homemade tortilla chips at Rorsharch. This made the choice obvious: Radical Road.

Memories of octopus haunted our sense as we made the pilgrimage from Rorschach to Radical Road, somehow that memory was able to keep us warm.

Radical Road is another new brewery that opened in an old make your own wine kind of place in Leslieville. I really wish they were there when I used to live in the area but alas.

Sadly they didn’t have the octopus anymore but they did have some fantastic food and beer. I remember having the shepherd’s pie and being in love. This warmed us up considerably which is good as what happened next kind of sucked.

When we left Radical Road we planned to head straight to Saulter Street – a tiny brewery that to our knowledge only made a single beer (Riverside Pilsner). Our plan was to simply hop on a streetcar.

Except that no streetcar came. We waited, and it continued to not come. How rude.

Getting fed up we had to walk there. Normally this wouldn’t be too big a deal except that the temperature had dropped a good 15 degrees in the time since the sun went down.

Needless to say, we ended up freezing our butts off and almost running the last block to Saulter Street.

We were THOSE people in that we entered the brewery about 20 minutes before they closed. Who likes those people?

The good news is that our perception of the place making only one beer was shattered: they had a new beer! It seems each week they release a new limited edition beer that is only available at the brewery. While there we also encountered a group of people that seemed to be on a pub crawl of their own, and recognized Shawna’s Chanukah sweater from our stop at Radical Road. Within a few minutes of conversation we learned that we both had the same place in mind for the final stop:

I have to be honest, things were getting a bit blurry at this point of the night. I do remember one thing very clearly though: they had octopus! We had an amazing octopus salad that blew my mind.

It had gotten late at that point (past 9 pm!) which meant it was getting close to our bedtime since we are an old married couple. At this point we ordered an Uber and went home to cuddle the dog.

I have to say: it was an impromptu day well spent. Thanks to the Craft Beer Passport and all the great new breweries that have opened up on the east end.

If you want to plan your own beer crawl, here’s a handy resource I’ve put together.

*Special thanks to Shawna for correcting the order of breweries we visited, and being the brains behind the whole day.