I’m working on a dry January. Not the full 31 days – I’m going until the 26th of the month, since I already have tickets to the 4th birthday party #bevy of the Society of Beer Drinking Ladies. But other than that, my January will be alcohol free, and I’ll probably stick with it again for the last few days of the month.

So, why on earth is a beer and wine blogger ditching ethanol for a month? And how am I doing it?

Mid-December, it dawned on me that I was over-indulging in everything – chocolate, cheese, wine, beer. It wasn’t exactly an epiphany. I’m seeing a nutritionist every few months to work on a low-carb, low-sodium, low-fat diet. It’s pretty low on the fun scale, to be honest. My meals consist of spiralized zucchini to replace pasta, and chicken breast on the George Foreman grill. I’m a pretty grumpy person of late, and I sarcastically quipped to the nutritionist that giving up most carbs and salt is a hell of a lot easier than foregoing alcohol.

It’s socially acceptable to have chocolate at your desk at work – or snack on granola bars, cheese, baked goods. It’s reasonable to leave a tin of cookies open on a communal table for all to share. But even in a company with a lax attitude towards alcohol (wine on Fridays is common, beer runs are a right of passage for interns, and I know where the boss keeps his bottle of scotch for a tipple after a product launch or a hard week), it’s still not acceptable to have a bottle of wine lying around to share. Obviously. We’re still functional adults here.

But being on a low-fat low-sodium diet means my life consists of carrots and hummus at work, apples, and I’m cranky. So no matter how hard I resolved to ignore the treats this December, they poured in. A gift basket with chocolate covered pretzels. A large box of chocolate. Good god, a cheese platter. There was wine 4 days in a row one week. It was getting out of hand, and all the hard work I had put into a disciplined diet was going to waste. And to my waist.

And then the holidays hit. 10 days away from the office – my first time with consistent time off since I was in high school, basically. The 90s a distant memory, I rolled up my sleeves, poured a glass of wine, and made latkes. And brisket. And ate 2 turkey dinners in one day (it was glorious). I started to tell people about my dry January. A reboot of my dietary restrictions, a control alt delete on my liver, a pause before I head over to Cuba in February for a week to an all-inclusive resort, and undue all the good I did in January.

The choice was clear: I had to have a dry January. I tried a dry February years ago when I still lived in Montreal, and it ended up overlapping with the month my world fell apart in front of me and I chose to move here. I remember tearfully caving in on the 10th or so of the month with a friend who was also attempting a dry January. We had given up cheese, bread, and alcohol for a month. On the 10th of the month, we convened to eat cheese fondue and split a bottle of wine, tearful that we failed. On the third bottle of wine, we each revealed our plans to leave Montreal forever.

This time around, I haven’t had any tearful revelations. I have stuck to the diet fairly well thus far. I survived the cruelty of bathing suit shopping. I’ve watched Kole nurse gifts of scotch and Courvoisier from the holidays without issue. I’ve had steak without wine – and that was a bit painful to be honest. I miss wine a whole lot more than I miss beer, I discovered.

In the days leading up to January 1, I went overboard. A friend called me up to hang out. He has also dramatically reduced his consumption, and we were a bit bewildered about what to do during the December deep freeze without the crutch of a beer, that didn’t cost too much, didn’t take us outside for too long (windchill factor for the day was -27C), but could still keep us busy for a while. We nursed a pot of tea. 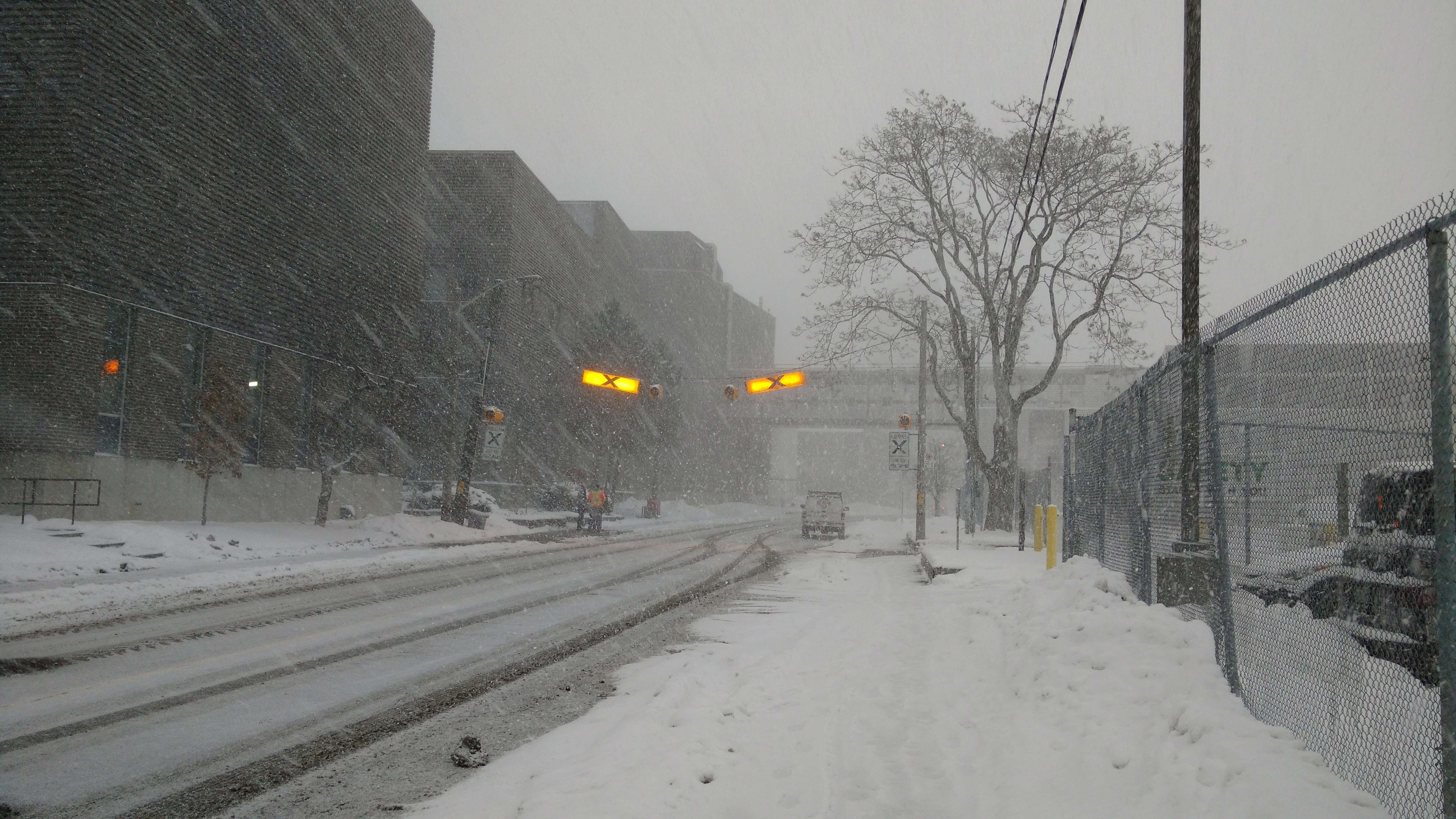 Not certain if I wanted to stick with the plan, I met a colleague for a few beers at Henderson’s Brewery during a blizzard. We had a couple of beers, then braved the blizzard again to have a beer or two at her house. We jokingly pondered what we were doing in life to be wandering around in the blizzard. It only half felt like a joke to me. 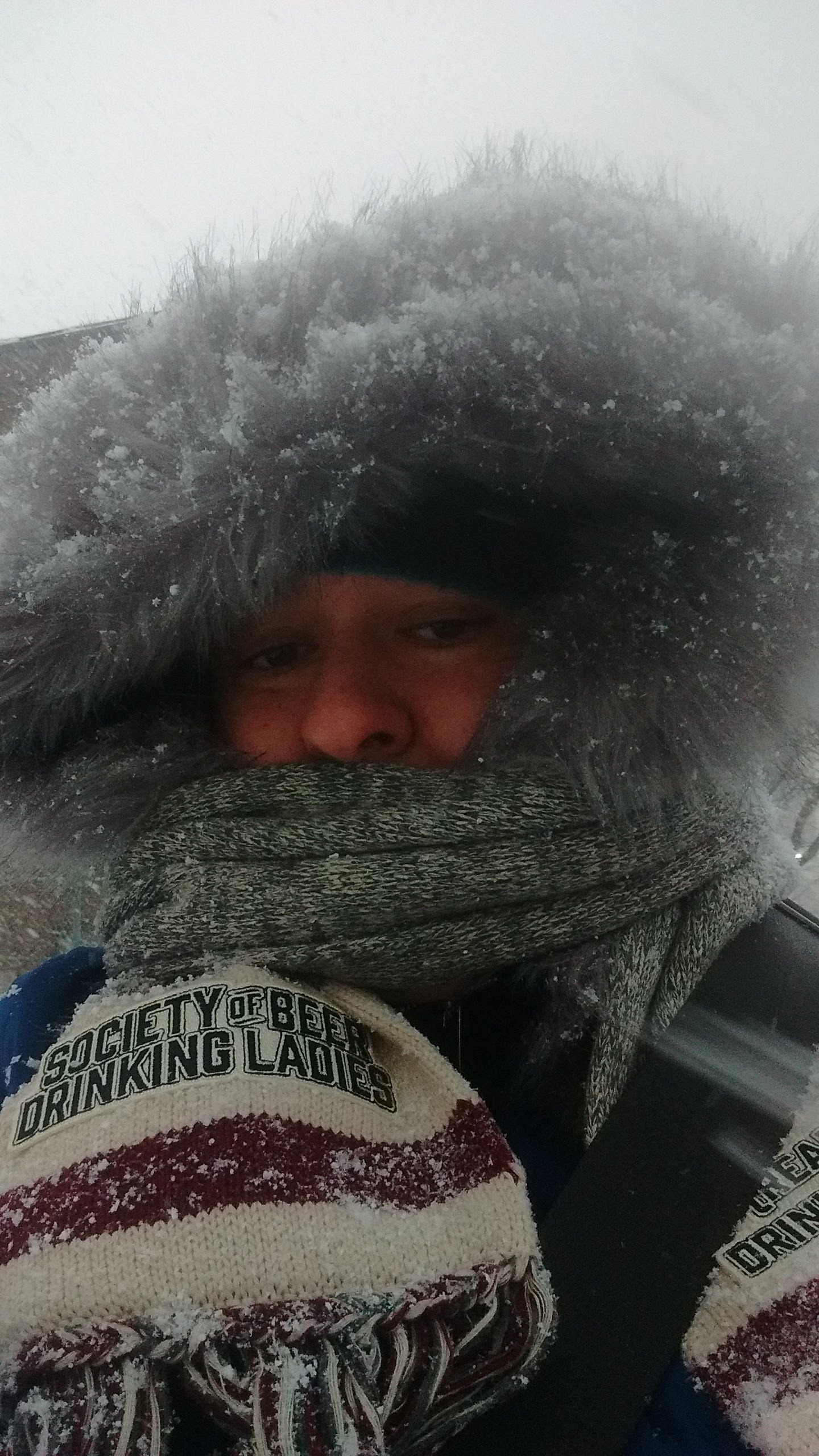 And suddenly, it was 11 pm and we were at another colleague’s house, having a few more beers and snacking on appetizers. They decided to head to Clinton’s, and called it a night – and promptly tumbled down the icy stairs. And took another tumble walking up my own walkway – the blizzard had done quite a number on the roads.

So I rang in a fairly quiet New Year’s at Lansdowne Brewery, I finished up my last beer shortly after midnight, and headed home. I was in a far better state than everyone else on the Lansdowne bus that night, and was determined to stick with the resolution.

What have I noticed?

My pants are looser. This is a good thing! I’ve got one pair in a smaller size that I will bravely attempt to wear to work tomorrow – I haven’t bothered thus far in 2018, as I’ve needed the extra space to account for long johns.

I’m more alert in general – at work, at home, with the dog.

I’m sleeping longer, deeper, and falling asleep earlier. This I have data to back up – as I’ve been wearing a fitness tracker since October. I even sleep through the night without having to get up and pee from time to time. This is rare!

I’ve got more money in my bank account. This is nice – December was expensive.

I’ve got no social life at the moment, but that isn’t all that different from other January experiences. The last 2 weekends have been extremely cold, and I’ve spent them huddled under a blanket with a glass of water or a cup of tea.

I put school aside for the time being – I have 2 courses left to finish my Wine Specialist certificate at George Brown College, but it’s hard to attend class if you’re not letting alcohol past your lips.

Sugar. I crave sugar more than I usually do, and I’ve baked more than I usually do. Also, I noticed that Loblaws has a baking soda shortage for the last few weeks. They had one box in store today, and it was a 2kg box. I’m not sure how I will ever get through 2kg of baking soda since you only use one teaspoon at a time. That’s like… 400 times I will need to bake to get through that stupid box. Minimum. Of course I bought it. It’s keeping the 5kg bag of flour I bought last week company. They will both still be sitting in my cupboard in 3 years. CAUSE I CAN’T FREAKING EAT CARBS DAMNIT.

Wine. I miss a glass of red wine with a nice steak. I’m not ready to give up wine on a permanent basis, but maybe I don’t need a glass on Tuesday night with dinner.

Beer. I don’t miss beer as much as I thought I would. Now if I did this in July, it would be a different story.

I might just make this an annual tradition, however. It’s a nice reboot.