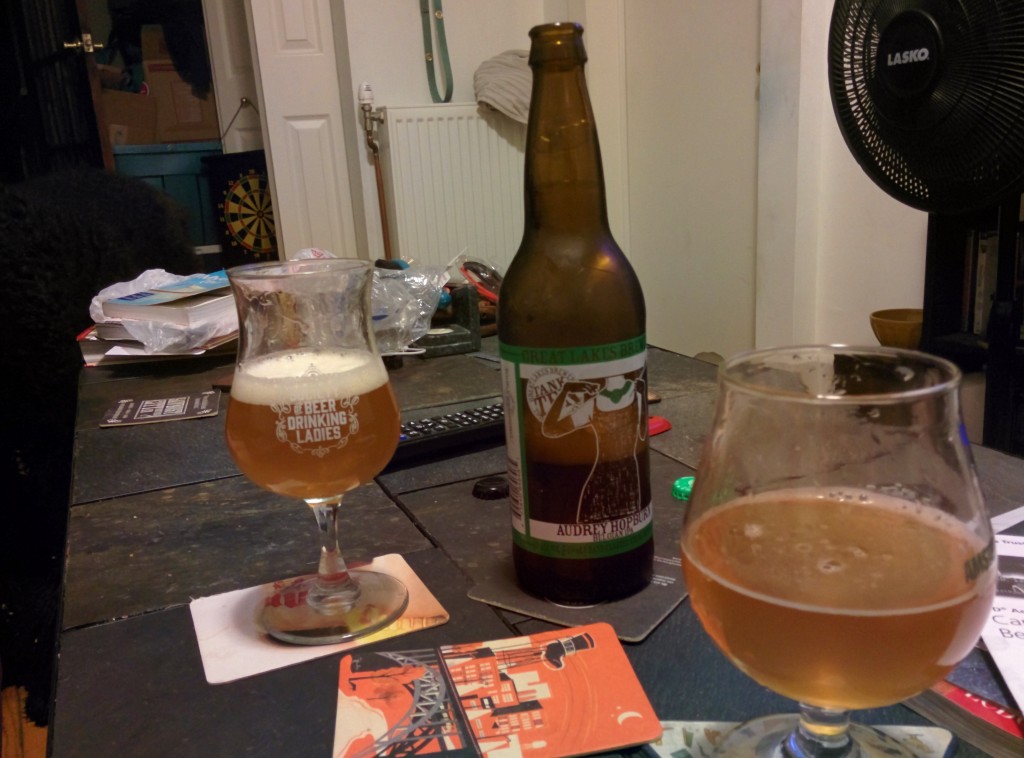 I love the guys over at Great Lakes. They make some of the best IPA’s I have ever tested and can easily stand alone against some of the big US breweries.

Audrey Hopburn is a Belgian style IPA which has become quite popular in the past few years. The style generally has the bitterness of a west coast IPA combined with a nice spicy maltiness of Belgian yeast.

Great Lakes recommends you pair this with mussels covered in blue cheese which makes me assume they believe the flavour stands up on it’s own against almost anything.

Appearance: Light straw colour. White head that fades fast.
Aroma: Lots of citrus, mostly lemon. Bit of celery.
Taste: Nice and bitter. The citrus gets stronger but is undercut by a soft malty backbone that reminds me of oranges and bread.
Aftertaste: Short and dry.
Overall: A nice hoppy IPA.