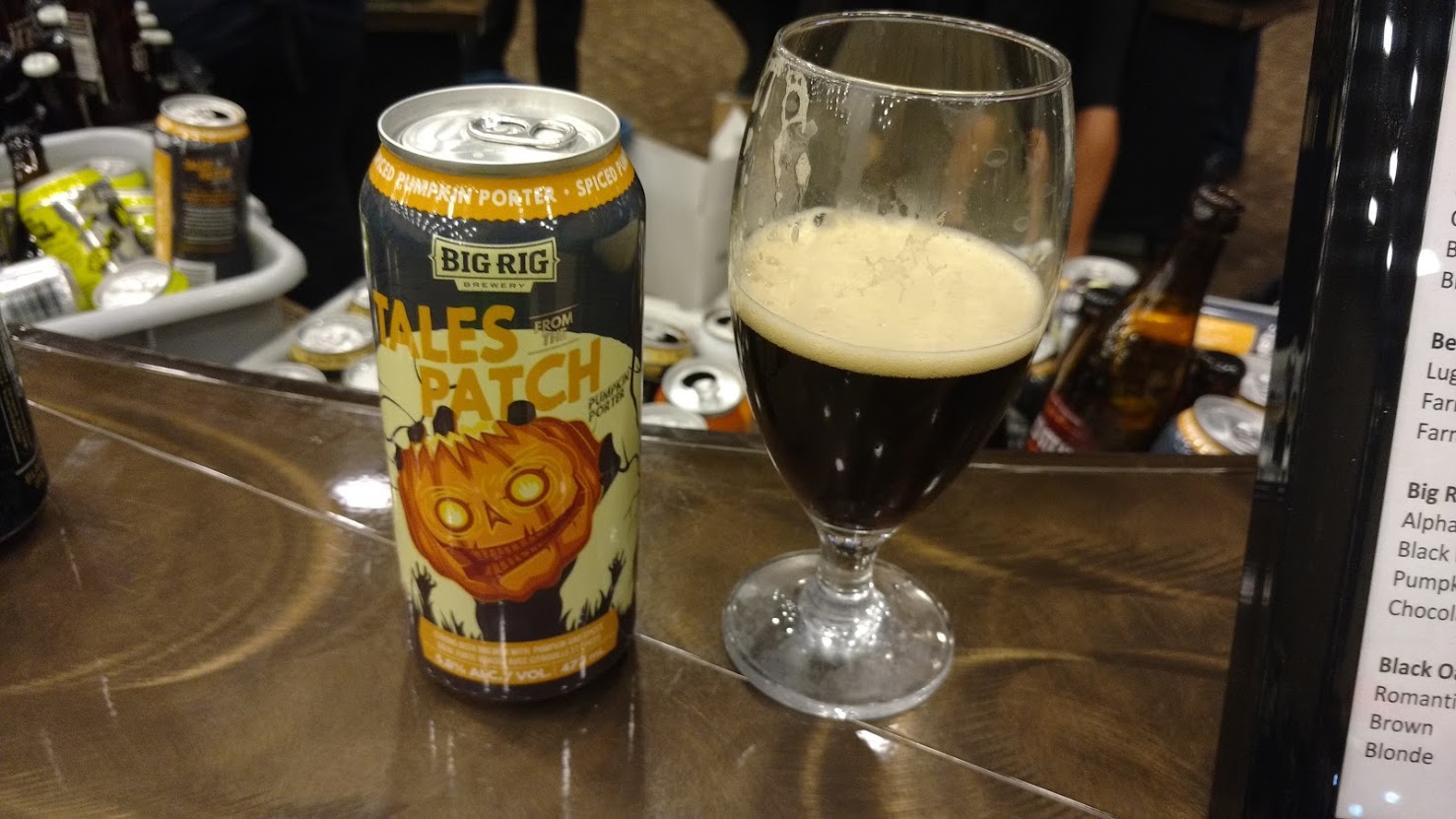 A few days ago I attended the Ontario Craft Brewers Conference. While rubbing shoulders with brewers from across the province I had the chance to try (yet another) pumpkin ale. This one was by Big Rig, and to be honest, the cool can design was what caught my eye at first.

This is a porter that is described as ‘like taking pumpkin pie with whipped cream to the face!’ by the brewer. I’m a fan of pumpkin pie, but only when done right. A lot of people make them far too sweet. We shall see which direction Big Rig went with this one.

Appearance: Dark brown and unfiltered. Head fades fast and is off-white.
Aroma: Vanilla hits first and then the pumpkin. Smells like some clove as well.
Taste: Cinnamon hits first and then clove and pumpkin dominate. The vanilla is strong as well.
Aftertaste: Lingering and spicy.
Overall: You’ll either love it or hate it.