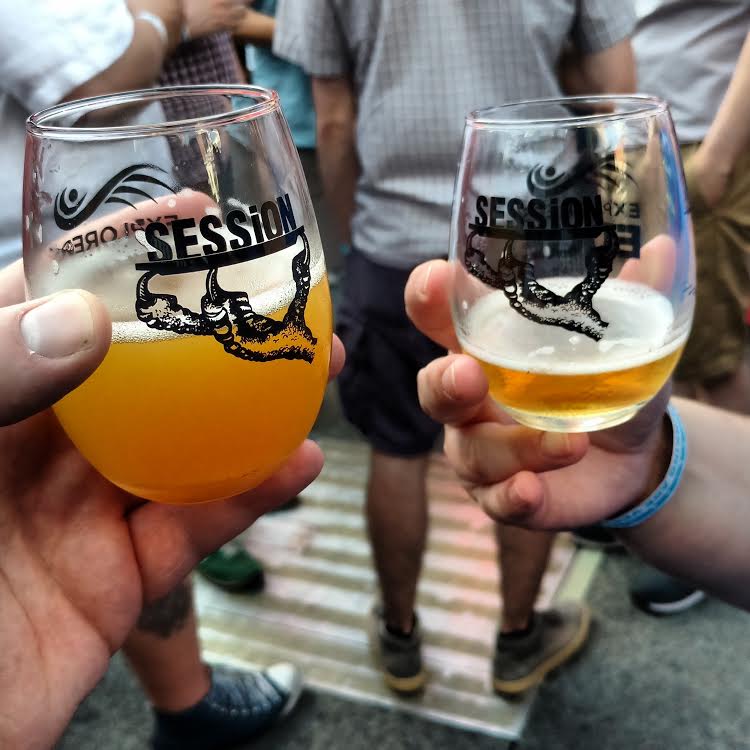 Starting Toronto Craft Beer week with a bang as always is the exciting Sessions Craft Beer Festival 2017! You might ask: what makes this festival different from all the other beer festivals in Toronto, and it would be a fair question. Beer festivals have been sprouting up like wild fire.

I have a few answers but lets start with a part that I love: collaboration nation.

Each brewery collaborates with someone (usually a celebrity) to make a totally unique beer just for the event. These beers are then voted on by the people at the event and the winner gets a guaranteed spot in the LCBO. What’s great is that much of the time the celebrities actually come to the event and will even serve you the beer themselves (they totally have a smart serve license right?)

On top of the 100% new collaboration nation beers are the over 100 craft beers you can try from local brewers (and a few Canadian brewers not from Ontario) including a couple brand new players in the industry.

This festival also gave birth to one of my all-time favourite beers: Monty’s Ryed Ale which won “best of the festival” the year it entered.

I’ll be there and I recommend you come as well.

This year the festival is Saturday, June 10 and there are two sessions you can check out. Buy tickets here.