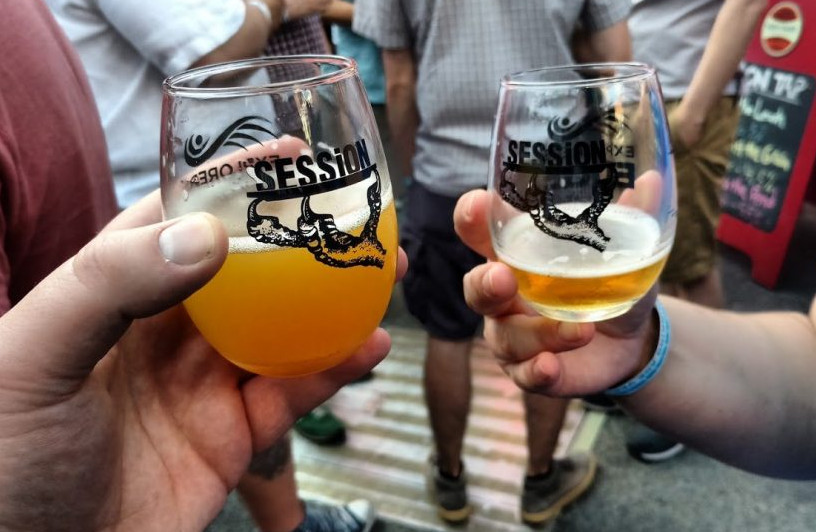 We had a pretty intense Saturday:

First we went to a Blue Jays game and watched the team slaughter Baltimore 11 to 6, then we walked straight to Dundas Square and had some wonderful beer at Griffin Session Toronto.

This year was a bit different than previous years because they had an all ladies craft beer festival hosted by the Society of Beer Drinking Ladies in the afternoon. Sadly, due to the baseball game Shawna was unable to attend.

This article will only cover the evening session that was open to everyone.

The festival happens each year and has a few features that make it stand out from your standard beer festival.

The first is the collaboration nation. The idea is that brewers team up with a celebrity and work together to make a beer. People then vote for their favourite beer. The winning beer gets an automatic listing in the LCBO, a pretty hefty prize for a small brewer!

Past winners have included Tom Green who worked with Beaus, The Sam Roberts Band who worked with SpearHead and K-OS, again with Beaus. This year, much like previous years, many of the celebrities showed up to serve people the beer of their namesake including both the Born Ruffians and Jason Collett.

One slight issue is that many breweries resort to gimmicks to get more votes and fans. This includes things like serving the beer in a tiny boot to drink out of (not complaining, they are cool!) or some other free thing. Which kind of makes people vote for the breweries that just happen to have a little extra money for gimmicks instead of the beer itself.

This years winner was Muskoka Brewery and Born Ruffians with Ruff Draught!

Along with Collaboration Nation, each year they have people vote on the best new brewery.

We really enjoyed some of the new entrants such as Elora Brewing but others had some brewing issues that I hope were just one off mistakes.

The collaborations themselves were somewhat hit and miss. We LOVED the Sawdust City entry, a piney IIPA and Amsterdam had a collaboration with Jordan St John that was AMAZING. 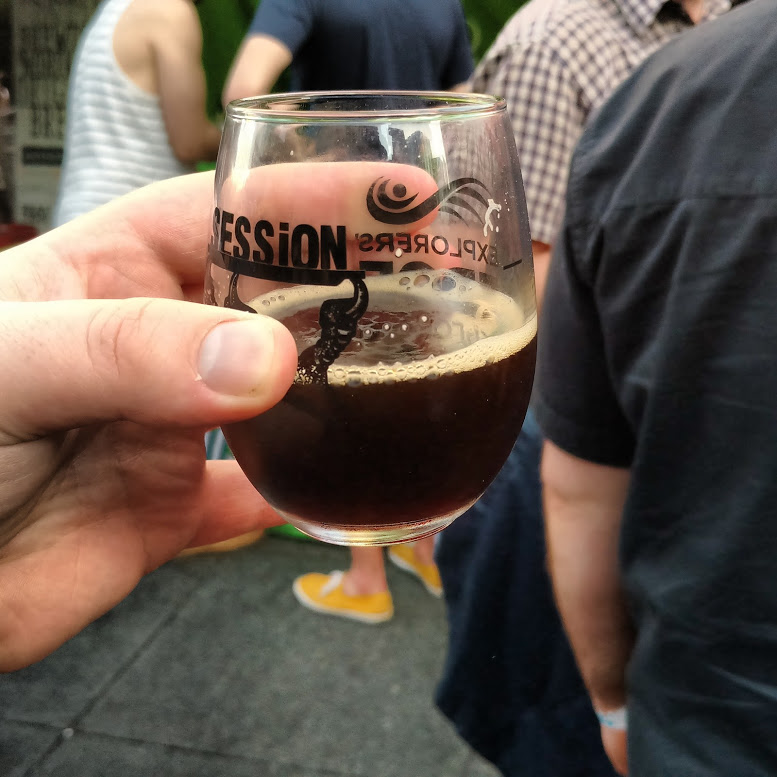 The festival has been hosted at Yonge and Dundas Square for a while now. While this location is a sizable space and attracts walk by traffic, it has a bit of an issue.

You see, the place gets packed.

Luckily, the lines are generally short and beer is served quickly, so you aren’t without a drink, but you feel a bit like you’re drowning in people. At some points it is impossible to move around without accidentally bumping into someone.

We enjoy the festival but think it would be more fun if they moved to a larger venue.

In the end we had a good time. We had a few gripes but they are still pretty small. We will most certainly be going next year.