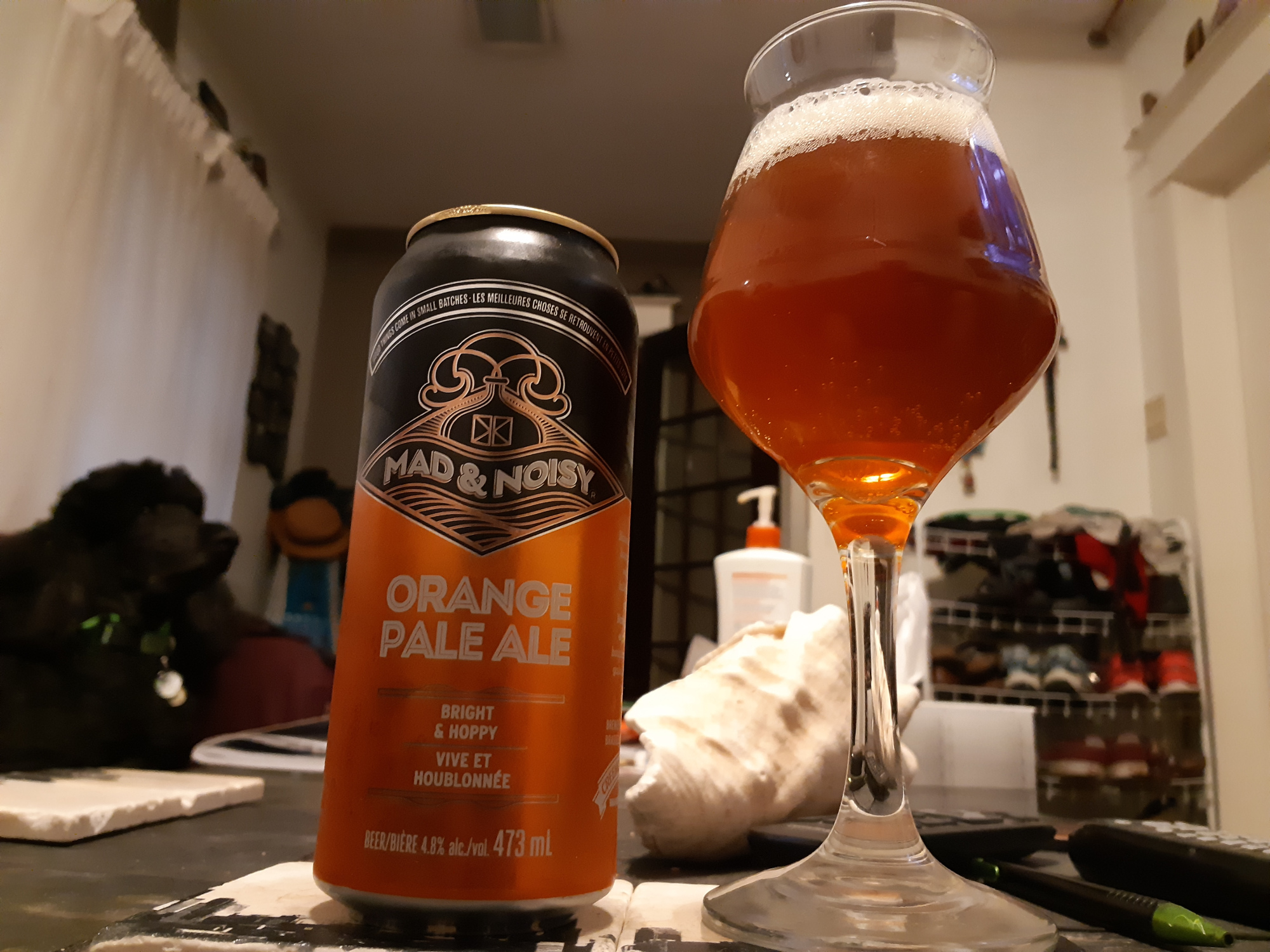 Not too long ago a nice lady from Creemore Springs contacted us. She told us that Creemore was releasing a new seasonal beer and planned to release new ones each season. From a company that doesn’t change their beer lineup much, this was exciting.
I’ve enjoyed their products in the past but looking up the last time I wrote about them, it was quite some time ago, I guess it’s time to change that.
The beer they sent me was an Orange Pale Ale, they call it that because they added orange peel to an otherwise normal pale ale. This beer is under their Mad and Noisy branding, a place where they put more experimental beers. This brand recently went through a redesign – going from a steampunk mad scientist style to the more subdued can you see above. The beer itself is described as having a standard caramel malt backbone and “bright” hops. I can see how a fruitier hop (like citra) might go well with the bitterness of orange peel so we shall see how it goes.
You can find the Orange Pale Ale at the LCBO for $3.10 a can. It sits at light 4.8% ABV.
Appearance: Pure white head that lingers. Filtered. A nice amber orange.
Aroma: I get caramel first and a hint of white chocolate.
Taste: Cake batter and orange rind. Like an orange carrot cake. Bit of tangerine. Mostly malt forward.
Aftertaste: Grassy and short.
Overall: Easy drinking but not too exciting. A bit on the sweet side but enjoyable in its own right.