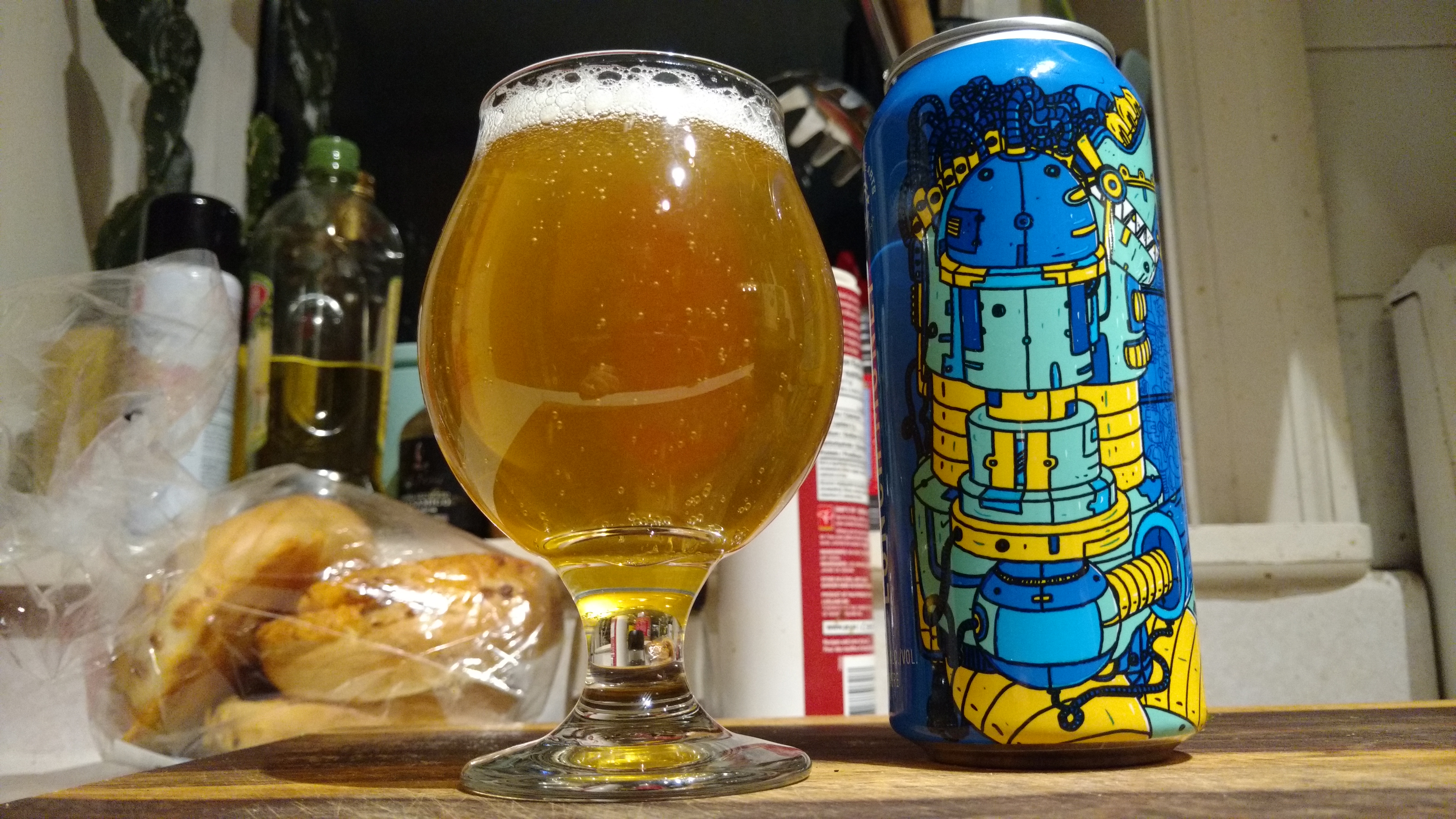 It’s February now. That means I survived Dry January, and I’m free to enjoy beer again. I’m not going to lie – I’m a lot more interested in wine at the moment, but cracking open a beer is a lot less of a commitment for me financially. To get me back into the swing of things, I thought I would recalibrate with a simple ale.

Enter Lunch Money Straight Up Ale from Hamilton’s Collective Arts Brewing. I was lured in by the artwork (it happens) and the reassuring shade of blue on the can. It has a lot of pilsner characteristics going for it, with a bit more flavour packed in. We popped into the brewery on Christmas Eve after exhausting our options in nearby Beamsville for wine touring, and we were happy to find the brewery on the Craft Beer Passport‘s recent Hamilton expansion. I don’t recall trying this beer at the brewery. I was lured in by the easy on the pocket $2.80 price tag at the LCBO, and a sense of nostalgia for my childhood, when a school lunch could be purchased for that price.

I’m not going to over think a beer that calls itself a Straight Up Ale. This beer had me craving summer, patios, and picnics. I’d definitely bring it with me to the Island for a session of afternoon lounging in the sun.

Aftertaste: A slight lingering bitterness with tiny hints of vanilla. If this was a President’s Choice sauce, it would be Memories of Ale.

Food pairing: Uncomplicated flavours. Guacamole, avocado toast, chicken skewers. A good beer to pick up for the Super Bowl party for your friend who only drinks craft beer but is coming to your party and will whine about the selection no matter what you offer.

Overall: Balanced, simple. Tastes like a pilsner, marketed as an ale. I could hand this off to my father in law on a sunny Sunday afternoon and I am certain he’d enjoy it.