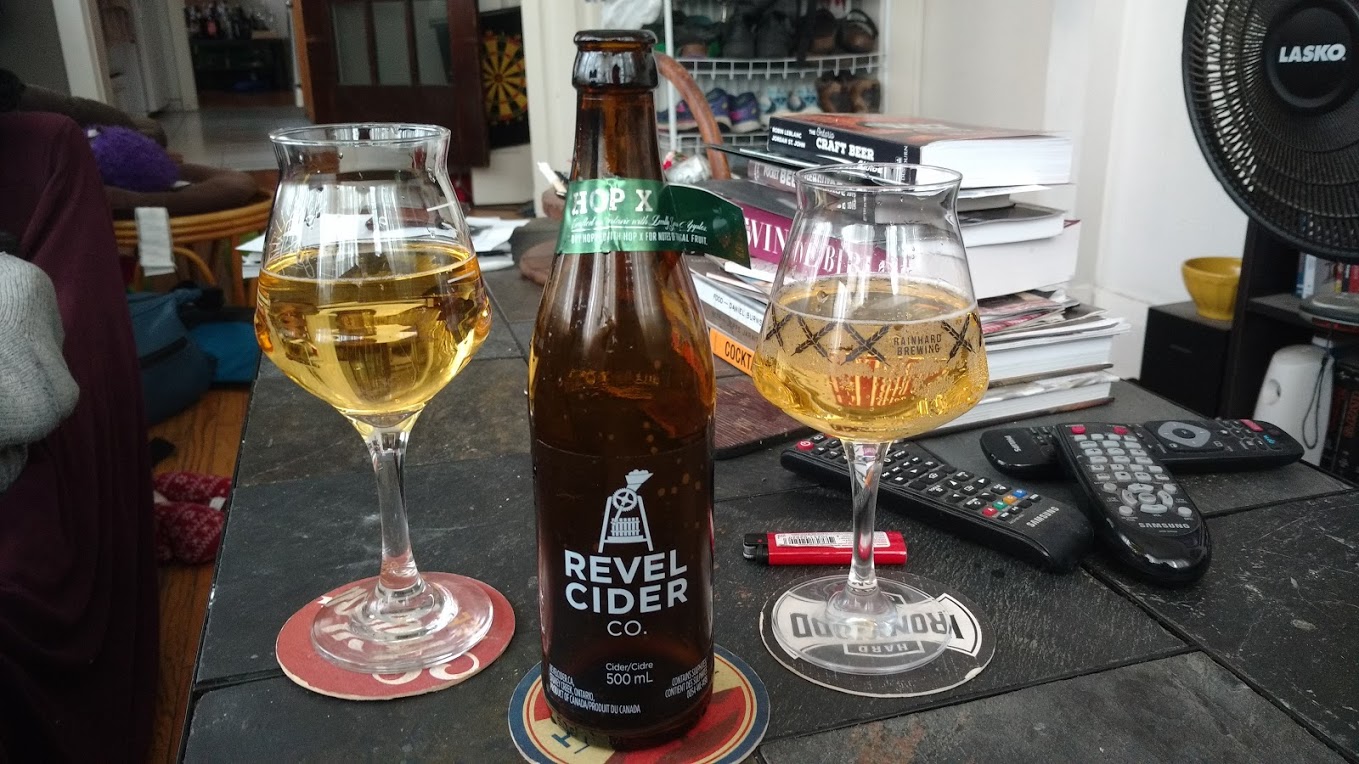 I just discovered that we have yet to talk about Revel Cider Co on this site, time to change that!

Based out of Guelph, Tariq Ahmed (the founder of Revel) really likes to experiment with his ciders. This specific example is dry hopped with the famed Hop X. Hop X is a mysterious hop grown by Clear Valley Hops. You can read the whole story about it and how they worked with Revel here.

Dry hopping is generally done to beer and is the act of putting hops in the the wort once it has cooled down. This can be done either right before primary fermentation or before secondary. Generally it gives the beer more of a hoppy aroma and doesn’t effect the taste of the beer itself.

This comes through with the cider which has a very tropical aroma that doesn’t quite match the taste of the cider itself.

Hop X is not available in the LCBO and I do not recall the price as this was a promo bottle. It sits at 6.9% ABV.