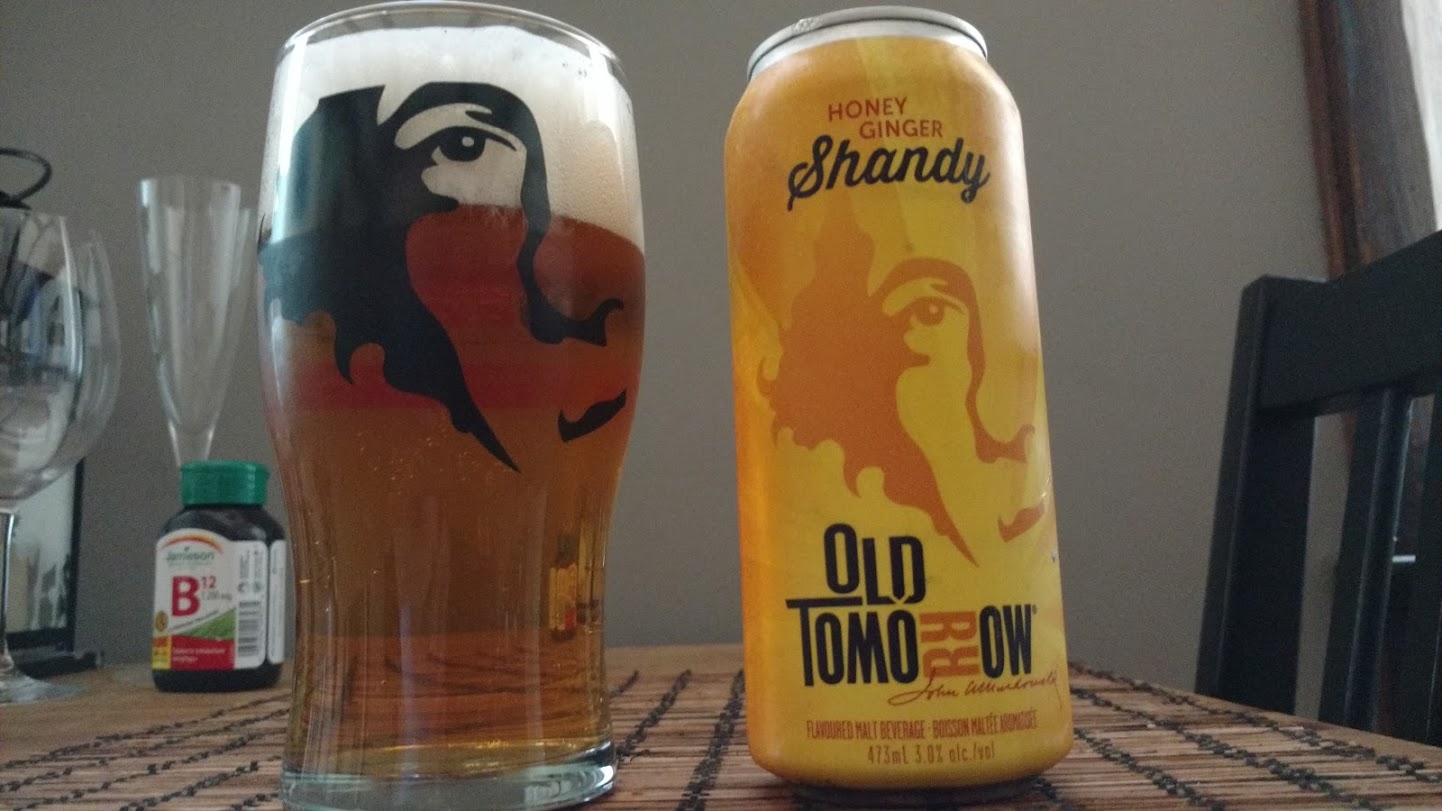 Today when we got home we discovered a squirrel in our living the room. Our dog being super helpful was ignoring it while he rested on the floor. It took us a good hour of work to finally get it to run out the door. All that to say, I thought I deserved a nice drink so I grabbed a can of the new Honey Ginger Shandy by our friends at Old Tomorrow.

A Shandy is a drink comprised of beer and ginger ale. It’s a classically British drink that comes out in the summer. This drink has the distinction of being Ontario’s first craft shandy.

Appearance: Gold and filtered with white head that fades quickly.
Aroma: Lime and ginger at first and then a slight honey sweetness that adds complexity.
Taste: It starts sweet like pure ginger ale but turns into a bit of a toasted biscuit flavour. Another sip brings on a bit of citrus that is pleasant.
Aftertaste: A lingering sweetness from the honey.
Overall: A nice summer sipper that will find it’s place on patios across Ontario. Pair with lighter foods like fish and salads.