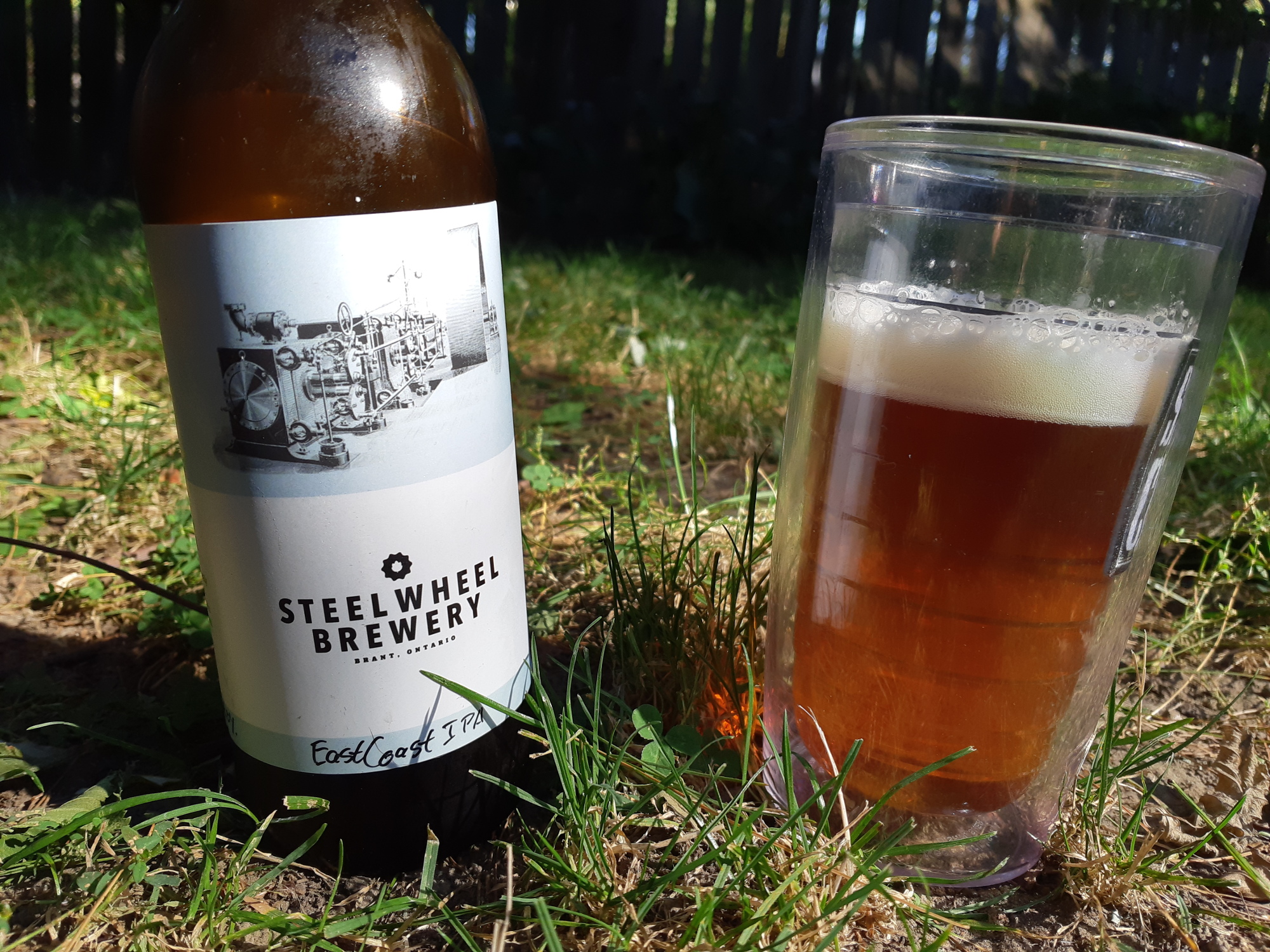 My father currently lives in Brant. Normally I would give a city name or something but the problem is that his house isn’t in a city. Or a town. It really is in the middle of nowhere. I remember when I lived there for a short time, giving an address to get something delivered was surprisingly difficult.

Which is why it was kind of surprising to me that a brewery opened up just down the street from his house. That place is called Steel Wheel Brewery. I was also surprised to discover they were having a grand opening celebration on the same day I was going to visit my dad for his birthday. Talk about a lot of luck!

While we didn’t get to spend too much time at the grand opening we did explore their farm and brewery. They are a true farm to glass operation. We picked up a few of their beers including the above pictured East Coast IPA. I would normally tell you the style of beer but the name is literally the style.

One gripe I do have is that they are calling it an East Coast IPA when the reality is that it is nothing of the sort. When I think of such a beer a hazy, fruity and only subtly bitter (juicy!) beer comes to mind. This is not that. Lets see if it’s good though, because you are certainly allowed to disagree about beer styles.

The beer is currently only available at the brewery. It sits at 6.5% ABV.

Here are the tasting notes:

Appearance: Golden brown with a thick off white head. unfiltered.

Taste: Surprisingly dark malt, makes me think of caramilk and popcorn. The hops comes in a bit with some piny notes.

Overall: A darker form of IPA, closer to a black ipa. pair with red meats.