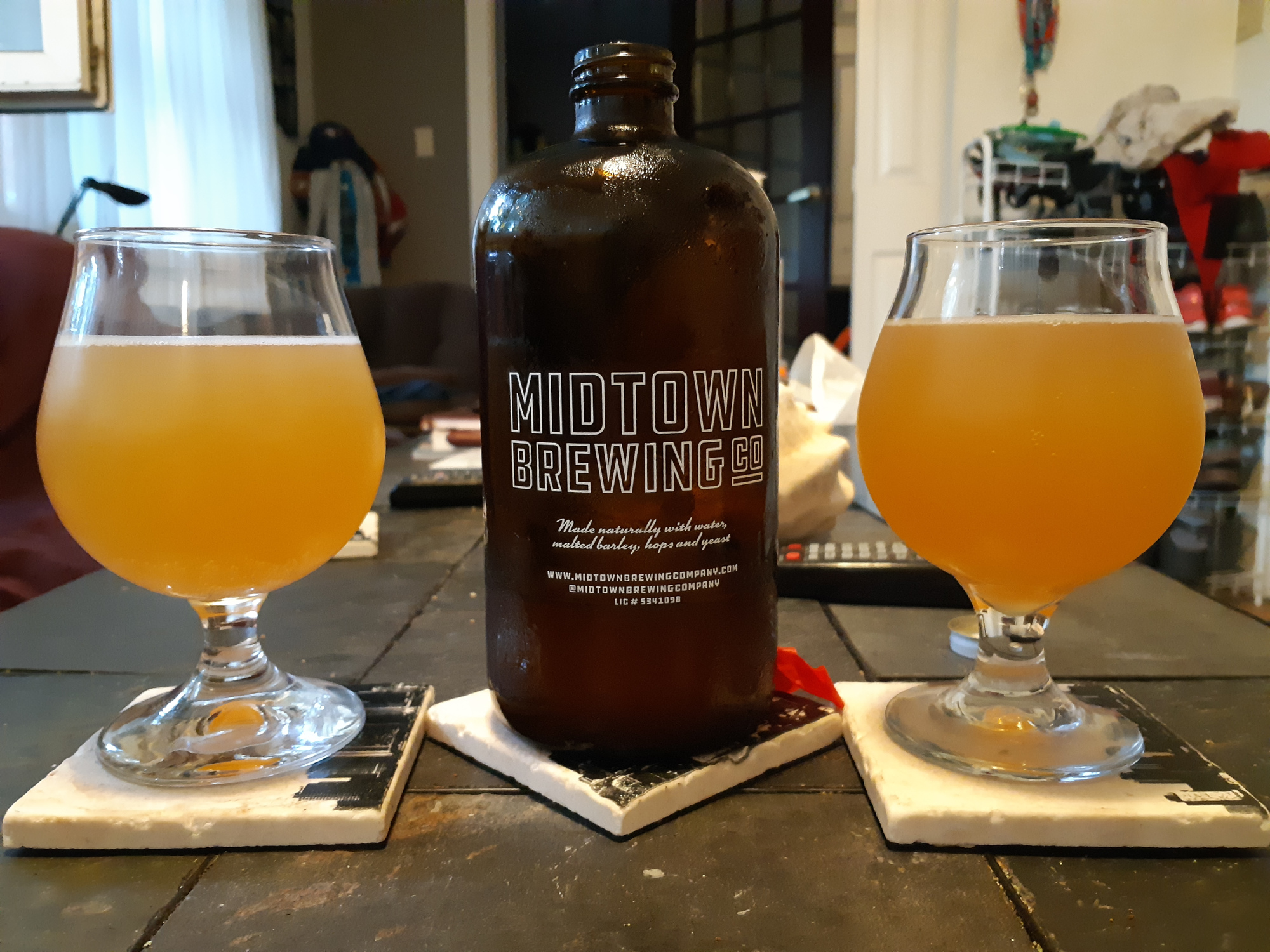 We had a fantastic long weekend that included camping, hiking, wine tasting and a brewery. The brewery, as you probably guessed from the photo above, is called Midtown Brewing Company and is based in Prince Edward County.
I was the designated driver during our wine tasting adventure and as a gift, Shawna got me a bunch of beers from Midtown including the above pictured “squeeler” of Kolsch. First note: breweries need to come up with a proper name for the glass bottle shown above. I’ve heard Crowler and now Squeeler. We need to pick one.
Second note: Kolsch is actually a name that should only be applied to beers made in a very specific region of Germany. Specifically Cologne Germany. I don’t think they have to worry too much since they are a very small brewery pretty far from Germany.
We had this on one of the hottest days I have ever experienced. Too hot to even enjoy on a patio. That may inform the tasting notes below.
A Kolsch is a style of beer that is sometimes called a “lagered ale” that involves using a top fermenting yeast (generally what you would use for an ale) but cold “lagering” the beer for fermentation. This can give you a very high flavour but low body beer that is perfect for summer.
Not currently available at the LCBO or even in cans, but you can pick it up in the format above at the brewery! It sits at 5% ABV, perfect for sipping in the summer.
Appearance: Hazy yellow with orange highlights. The head faded super fast but looked pure white.
Aroma: Bit of lime and tangerine.
Taste: Fresh biscuits, some orange peel and a bit of tangerine. Very fruity hops used here.
Aftertaste: Fresh cut grass.
Overall: Refreshing in this heat. Simple but worth it. Very light. Pair with anything on a patio. Grilled shrimp would go well.