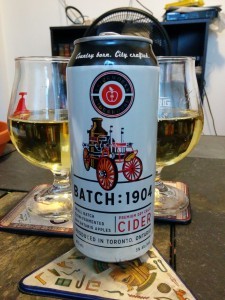 That title is a bit of a mouth full but with how the large companies are structuring these deals I wanted to make it clear who owns what.

Brickworks Ciderhouse, one of our favourite cider makers in the city have just been purchased by Mill St Brewery.

Very few details have been shared so far but the fine people at Brickworks Ciderhouse are saying that nothing at all will change. Here is a tweet by them:

@joshnamaharaj @cnutsmith We will not be changing a thing. promise, fingers crossed. Only more funky ciders to the portfolio.

“The fact that the largest brewery in the world has purchased an Ontario cider producer shows we are on to something here,” ~ @OntCraftCider