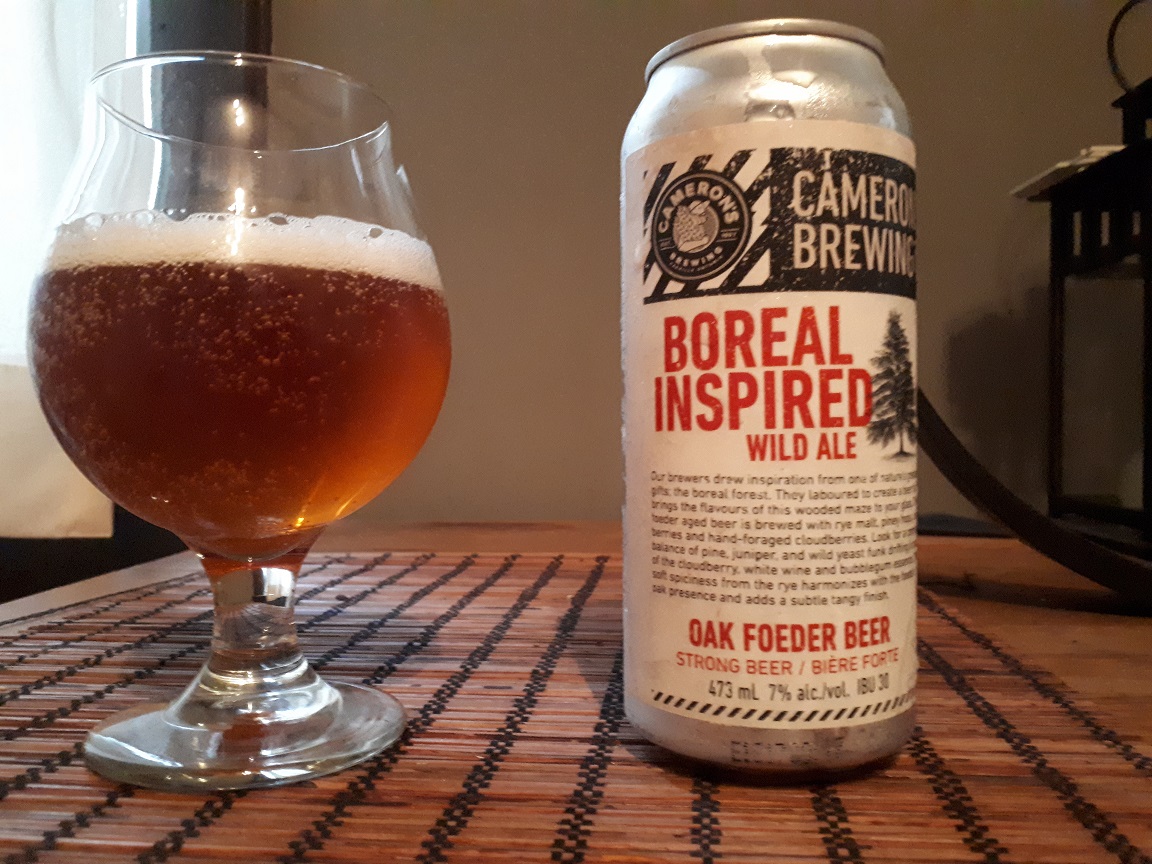 Cameron’s… they released a wild ale. A brave move given that it’s almost impossible to control for flavour. I don’t think they even cared. My theory is they wanted something complex and insane, where each sip is a new adventure.

I absolutely love it.

Not only is the beer wild fermented, they also threw in juniper berries AND something called “cloudberries” that I’ve never heard of in my life. These “cloudberries” were hand foraged in Quebec, which sounds like a lot of work!

My hat is off to you Cameron’s. Keep this up. Make things different!

Appearance: Reddish brown, white head fades fast. Filtered.
Aroma: Complex, I get cherry and honey first. Later hints of caramel and maybe a little pine.
Taste: Reminds me a bit of carrot juice. That red berry fruit stays strong. A bit of alcohol warmth. Some cinnamon. I get some bubblegum.
Aftertaste: Lingering and unique.
Overall: Leave this on its own in terms of pairing unless you are super adventurous. A great sipper to have at night.