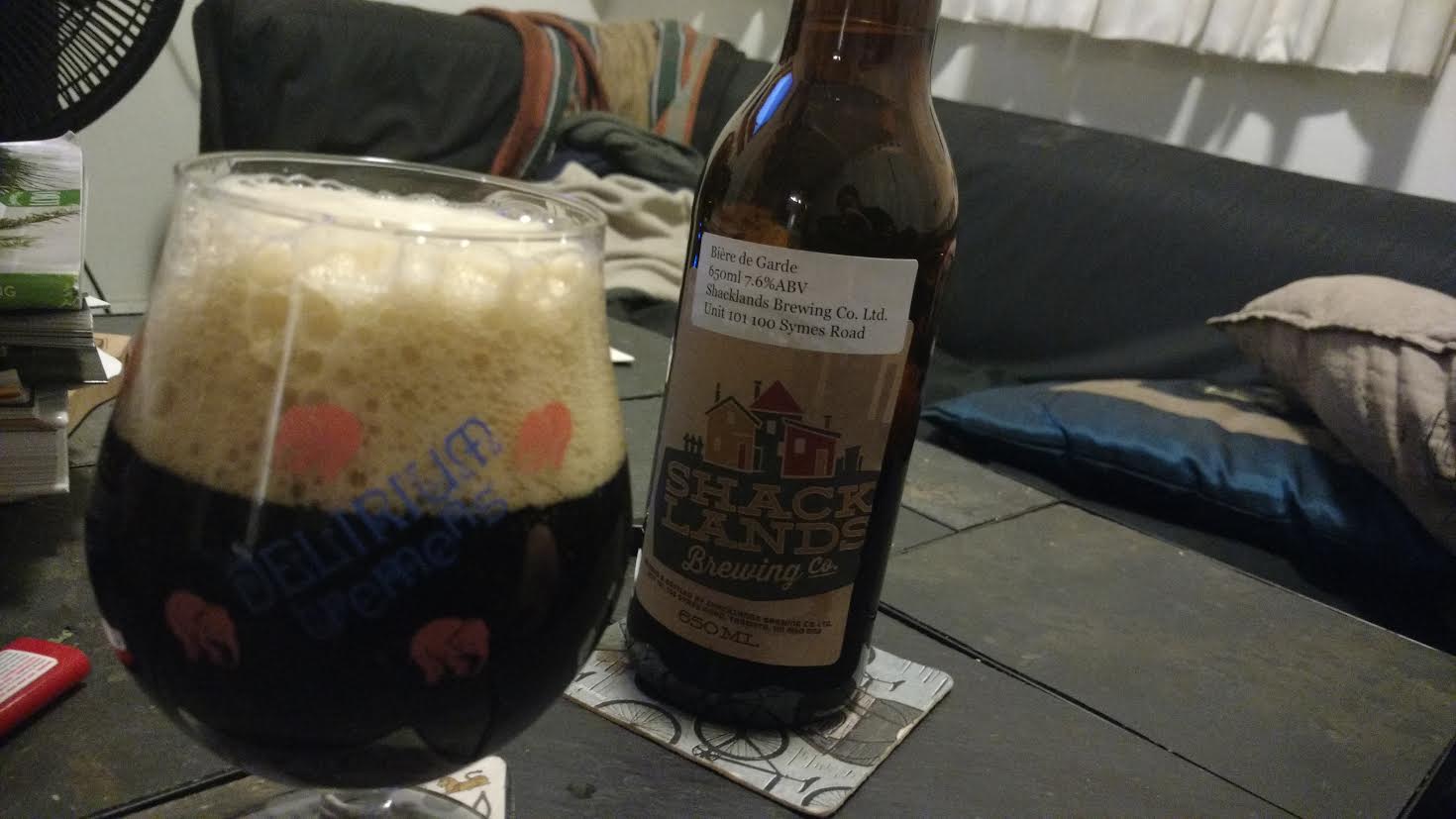 The new brewery on the same block as Rainhard and the upcoming location for Junction Craft Brewing (when they finally cut through all the red tape!) is very unique in its feel and in its beer.

The brewery itself is filled to the brim with nostalgia. I don’t want to ruin anything so just go and take it in. If you grew up in the 80’s or early 90’s you’ll be in love.

The beer they make tends to er on the side of Belgians with a lot of experimentation taking place. They are experimenting with their yeast strains and trying new beers almost weekly it seems.

A bier de garde is best described as a strong ale that was traditionally brewed in farmhouses in France. It should have a dark colour and be malt forward.

None of Shackland’s beers are available in LCBO at the moment, you’ll have to make the trek to the brewery. The beer is 7.6% ABV. I honestly don’t remember what we paid for it, it was a… blurry night.