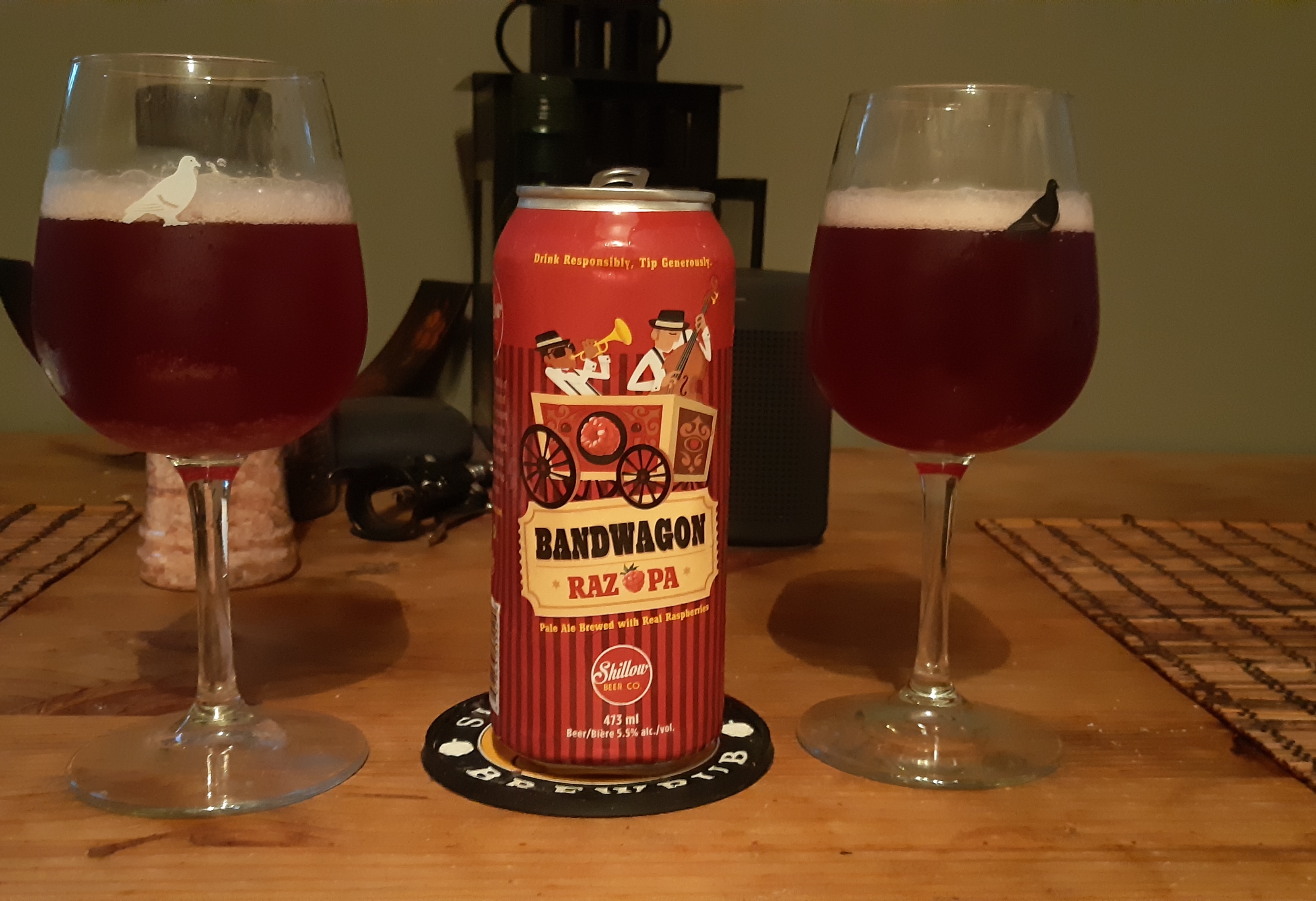 I’m going to admit it – I fell woefully behind on my reviews this summer. I was extremely busy all summer, and I also didn’t imbibe very much these last few months due to rather restrictive diet. It’s been a long summer – which is why I was very excited when the the lovely folks behind Shillow Beer Co. reached out recently and asked if I’d be interested in sampling their certified Kosher raspberry pale ale, Bandwagon Raz-P.A.

Now most beers are inherently pareve Kosher, meaning they can be served with dairy or meat dishes if you follow Jewish dietary laws. None of the raw ingredients and additives traditionally used in beer violate kashrut concerns – but throw in atypical ingredients or flavourings such as fruit – and the rules change, and require certification to pass dietary needs. This means all of the regular Shillow lineup are also kosher, but this one stands out since it’s a raspberry beer.

Bandwagon Raz-P.A. is available in finer beer bars and restaurants throughout Ontario, including their host brewery, Common Good Beer Company in Scarborough. Shillow is currently a contract brewery based out of Toronto, although the husband and wife team are planning on opening a brick and mortar brewery in the Ottawa area in the near future. Brewmaster Jamie worked at Bar Volo and Beer Bistro for many years before she studied at Niagara College’s Brewmaster and Brewery Operations Management program. Their Sass on the Side American Brown Ale is available exclusive at Beer Bistro, where Kole and I got hitched last year. Bandwagon Raz-P.A. is a limited release Spring/Summer beer, so supplies are quickly dwindling. Better drink some up to celebrate Rosh Hashana this week and have a sweet new year.

The Shillows reached out to us, since I like to write about Kosher made in Ontario beverages. Most of my Kosher coverage has focused on Kosher for Passover wine – but it’s nice to change it up and write about a Kosher beer! The only other Kosher beer I’ve really encountered is from Shmaltz Brewing in New York state.

Aroma: Light biscuit note, but really it’s all about raspberries on the nose. Fresh raspberries – it smells like a basket of freshly picked raspberries at the farmer’s market, or getting yourself tangled in your grandparents raspberry bush as a kid when you shouldn’t have been snacking before dinner.

Taste: Tart on the palate with a fairly subtle flavour. Lingering sweetness without being cloyingly sweet. Biscuit and pie crust at the front of the palate, honeycrisp or pink lady apples on the mid-palate.

Aftertaste: Ah, there are the raspberries! Tart without being sour, fruity without being too sweet. Like a slice of raspberry pie.

Suggested food pairing: Oka cheese or cheddar cheese – a sharp flavour to contrast the tartness of the berries. Or have it for dessert with a slice of raspberry pie, I’m not judging.

Overall: A clever effort, we’re glad it was not cloyingly sweet. Would like to see this get proper LCBO distribution next time they brew a batch.