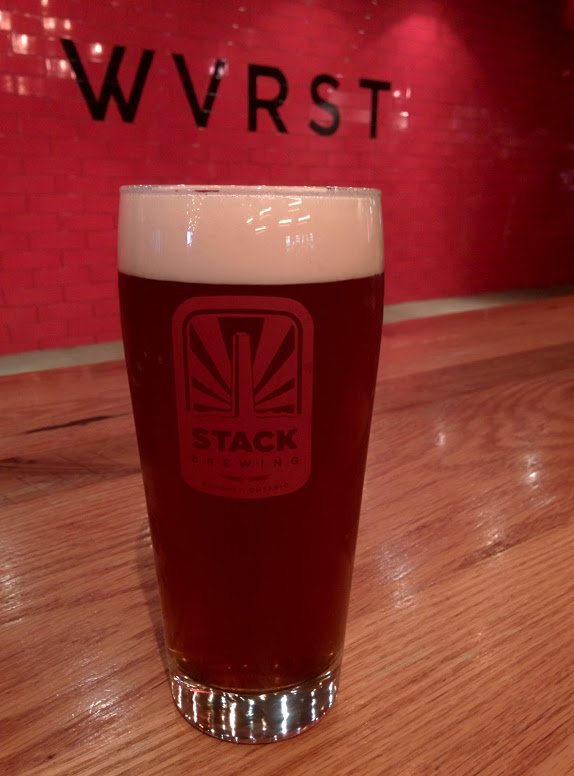 For some reason I thought this place was called ‘WVRST Bier Hall‘ or something similar but when I go to their website I am greeted with ‘Sausage Hall and Other Wonders’. I guess I’ll stick with calling it just WVRST.

I should note that I asked them for an official pronunciation and was told it’s VERSED (Yes, they capitalized it.)

WVRST is a german style beer hall in the entertainment district. Instead of individual tables they have several very long shared tables, forcing you to actually meet and talk with your neighbors.

In terms of beer they have an endlessly rotating beer list on tap that highlights local craft brewers. We have had a lot of beer in our day and we still always find something new to try on their list. They also generally have two casks to try.

For food they focus on frites and sausages. The sausages come in a HUGE variety of styles including game meat and exotic flavours. The frites are made with duck fat and come with some amazing dips. Every time I’ve eaten here I’ve been impressed.

Much of the time WVRST will be one of the first beer bars to carry a new bar and is the location of numerous beer launches. One of my favourites was the launch of Epiphany No 2 by Black Oak.