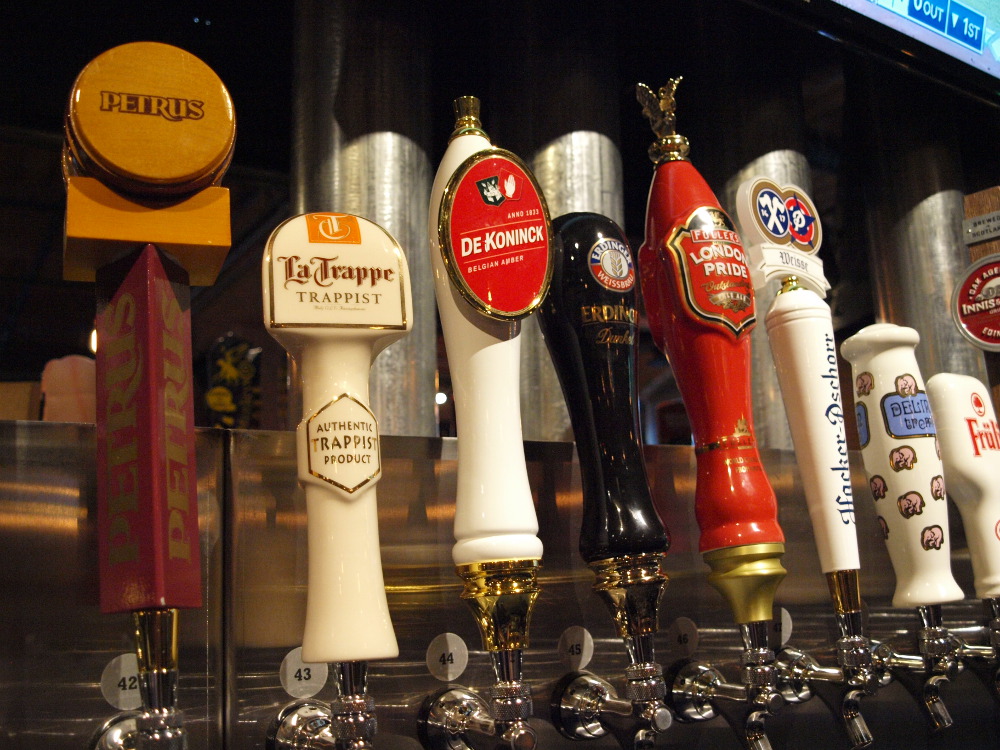 That’s enough taps that if you had a small sample from each one you’d probably be REALLY drunk.

It’s enough taps to require a complex keg technology called a ‘Flux Capacitor’ to keep it all working and organized. 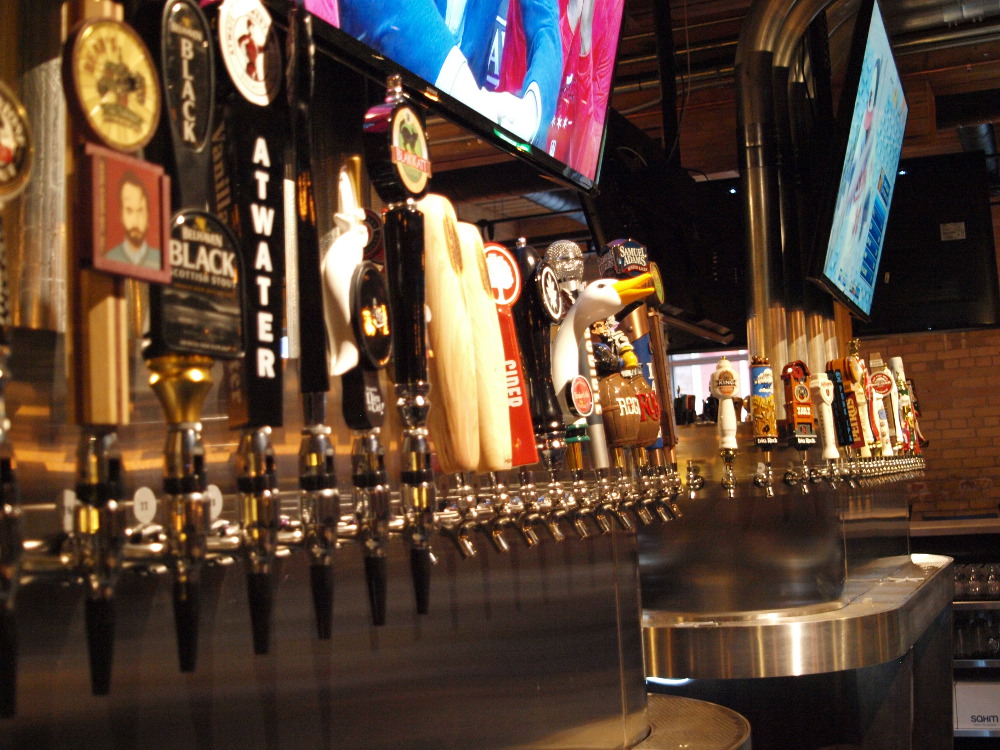 It is a bonkers amount of taps.

Lets get back to the beginning – This is a profile of ‘The Craft Brasserie & Grille’ a new craft beer bar to be located in Liberty Village. We originally saw the sign for their business a few weeks ago and got intrigued. In our ensuing emails when they mentioned they would have 120 taps available they caught our attention.

We were invited to a media event recently where we had a chance to check our their bar before it opened.

The first thing we checked were the taps themselves. We needed to be sure they would be craft brewers and not just series of taps devoted to the big macro brews. We were pleasantly surprised to find taps ranging from the big ones as mentioned right down to micro brews that haven’t even opened their own doors yet. they also have a large selection of imports including mainstays like Delirium as well as Belgian beers we hadn’t even heard of.

To get that many taps working all at once you need a rather complex system, in enters the Flux Capacitor. This is a system that SHOULD serve a perfect pour of beer from any of their taps no matter what. EXCITING! 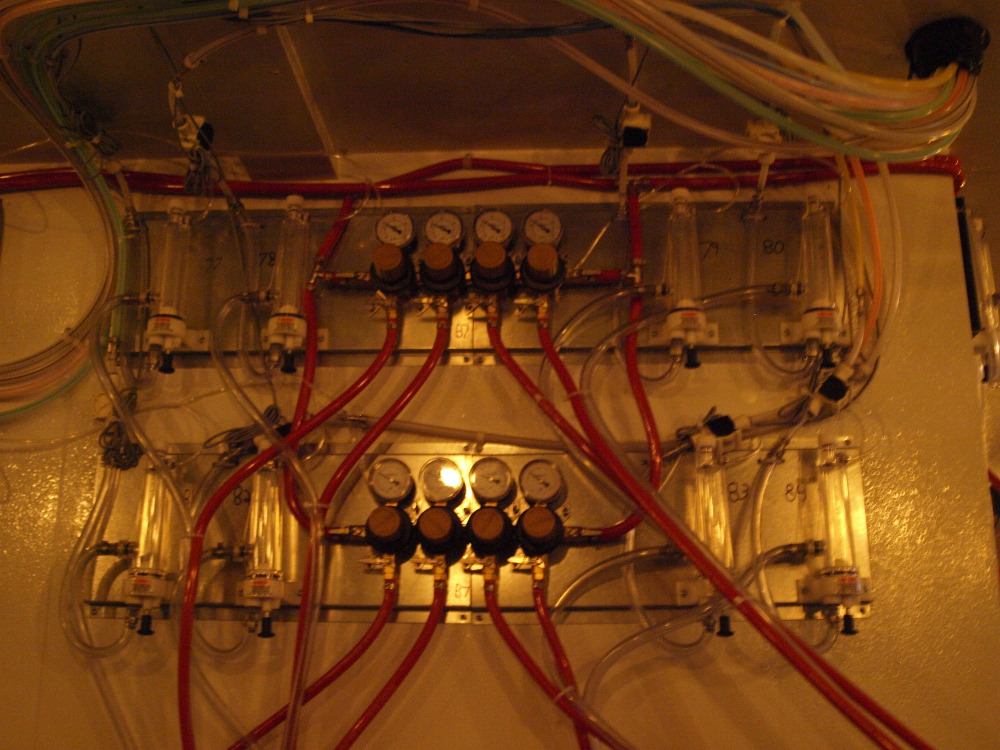 To pair with the beer they plan to have some tasty offerings. While at first glance the menu may look like standard bar affair if you take a closer look you might be a little surprised. 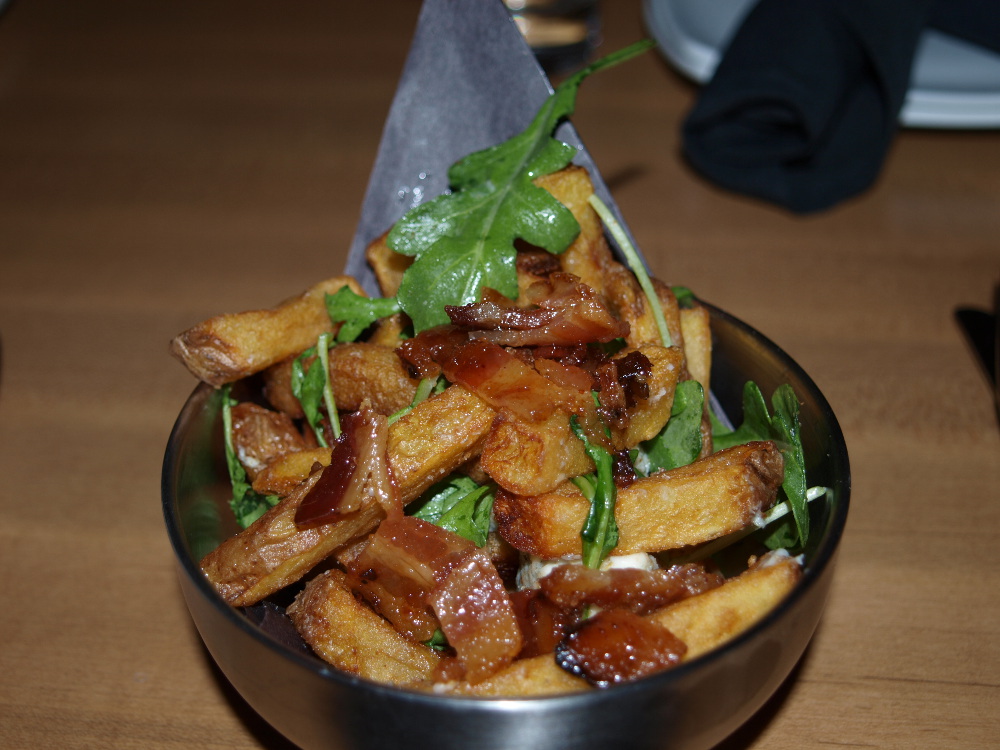 To help give you an example the fries will have blue cheese on them and the spring roles come paired with a spicy banana ketchup. Above you can see some bacon on french fries. That bacon is smoked in house (and candied for some dishes) in their in house smoker. The chef does seem to focus a bit on pork (with a lot of Asian inspired dishes) but there are also vegetarian options available.

There is only so much I can say about the but I think it’s the kind of place that has to be experienced first hand. They had their official grand opening last night (Thursday May 14) and are open all weekend, so go have a beer and some great food!