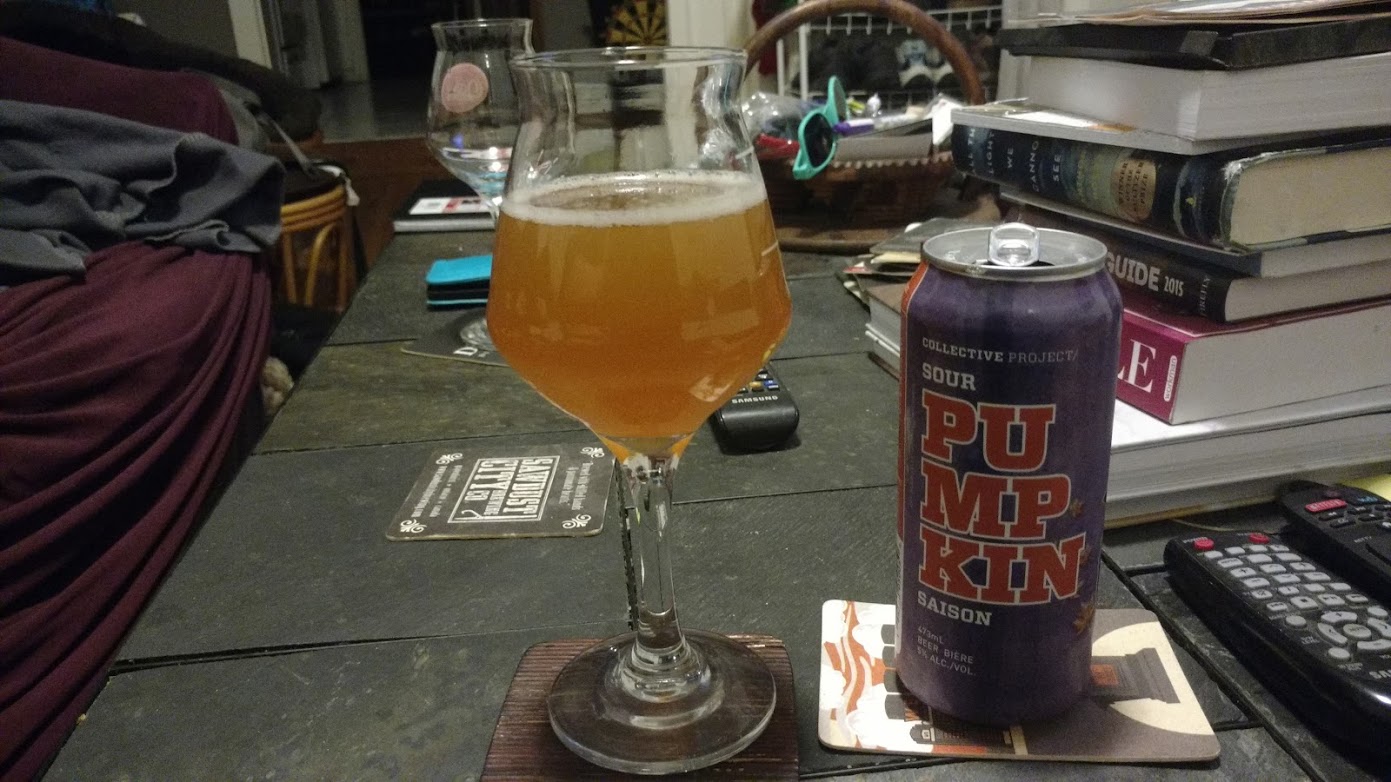 It’s October, which means it’s time to be inundated with pumpkin beers. Shawna doesn’t generally like the style so I must take on my sworn duty as ‘pumpkin beer taster’ and tell you which ones are actually worth picking up!

Collective Arts has been growing at an incredible pace. From their humble beginnings as a contract brewer to a space all of their own!

Generally when a pumpkin beer is made I find breweries go the safe route and combine the pumpkin with a pretty standard array of spices and call it a day. Luckily for me, Collective Arts is as bored with this style as I am and have produced a sour pumpkin saison to mix things up a bit.

Appearance: Pink and peach with a head that fades fast. Unfiltered.
Aroma: The pumpkin hits you from a mile away. You can also pick up the funkiness from the yeast. Closer inspection brings out apricots, dark cherry and a hint of chocolate.
Taste: It has a bit of the promised sour which brightens the pumpkin, the ‘spice’ that always accompanies pumpkin is here but subtle.
Aftertaste: Short, dry and pleasantly pumpkin free.
Overall: A unique contender to this category, I like it! Don’t pair it with anything though – let it stand on it’s own.