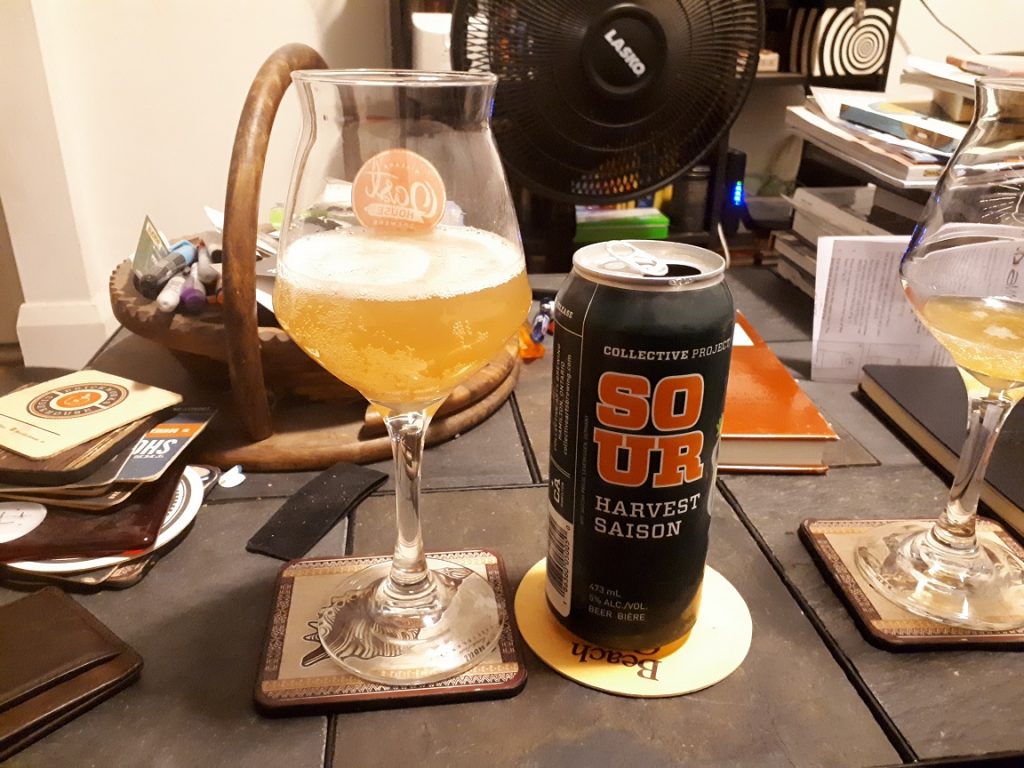 It’s that time of year again where I wax philosophical about my upcoming birthday and to get my mind off of it Shawna gets me to drink a series of pumpkin beers.

I’m not going to complain, I enjoy pumpkin, but like others who are really into beer the taste can become a little bit overdone.

That’s why I got excited when I discovered a new beer from Collective Arts: Sour Harvest Saison. Instead of your standard heavy pumpkin pie style beer you get a refreshing light, sour and spicy beer. I just had to have it.

Appearance: Yellowish orange, not much head and unfiltered.

Taste: The pumpkin moves to the back of the mouth which is a pleasant surprise, Tangerine then dominates and then some nice acidic pineapple starts to grow and then linger.

Overall: A nice change from standard pumpkin beers but it does seem a little forced: like they wanted in on the pumpkin craze but had to stand out. In general it seems a bit rushed for a brewery I really like.