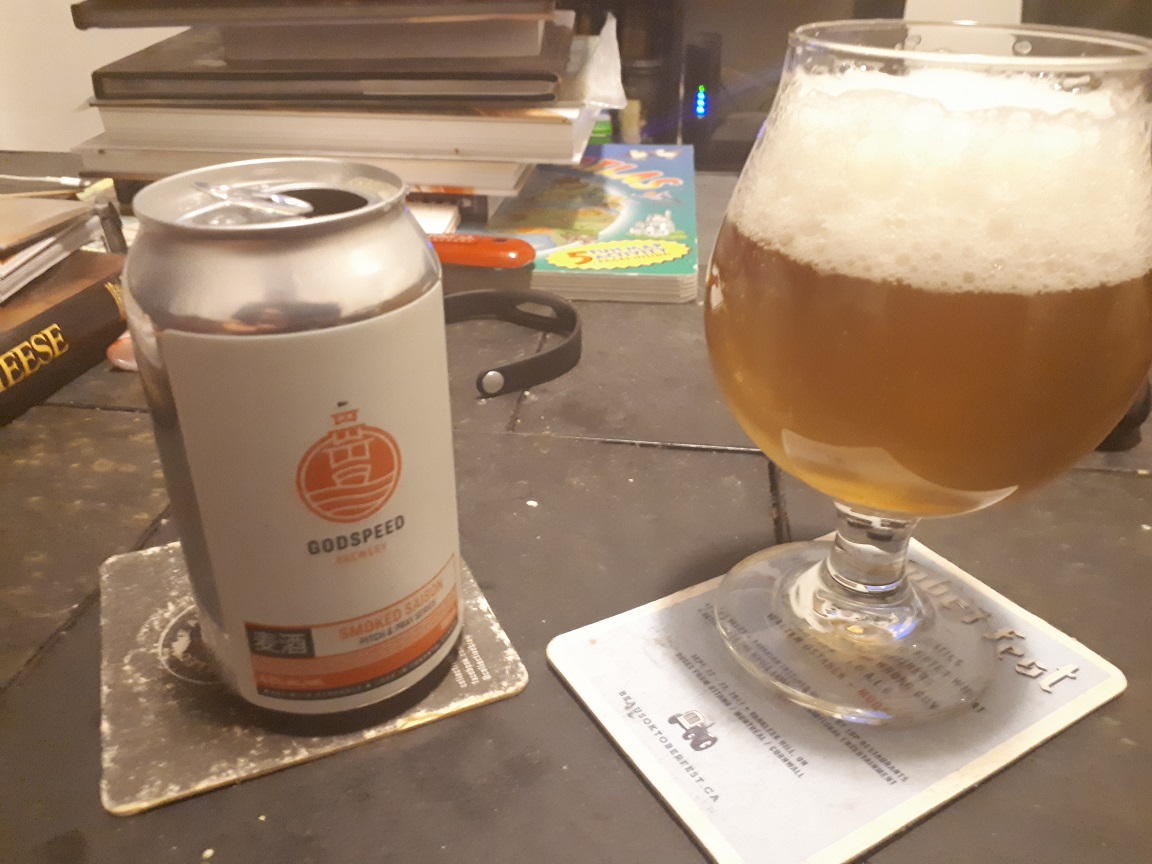 Please excuse the photo quality, I’m not sure what happened. It’s like I put a really bad Instagram filter on it. Can’t fix it now sadly, I should have taken a better picture.

Regardless, it is time to talk about Godspeed brewery.

First a quick intro: the owner of Godspeed is Bim Lafontaine, a brewer probably best known as the previous head brewer at Dieu du Ciel. Since then he has been working and living in Japan and you can tell: from the minimalist design of the brewery itself to the izakaya style food that goes with the beer. The brewery was pretty hyped among beer geeks when it was announced and it seems it has lived up to a lot of it.

I picked up this beer mostly because of it’s idea: a smoked saison sounded like it would be fantastic. The slight funk and sweetness of a saison with the beautiful flavour of smoke made my mouth water. Below you’ll see what I thought.

The beer is not available at the LCBO and it sits at 4.2% ABV. I honestly do not remember how much we paid for the can.

Appearance: White head that lingers on top of brownish gold beer that has not been filtered.
Aroma: Apples, cranberry and Wonderbread.
taste: Apple hits first, like a cider. Than a nice rye bread kicks in and calms things down. Didn’t pick up much smoke if any.
Aftertaste: Brown bread.
Overall: pair with mussels and steak.