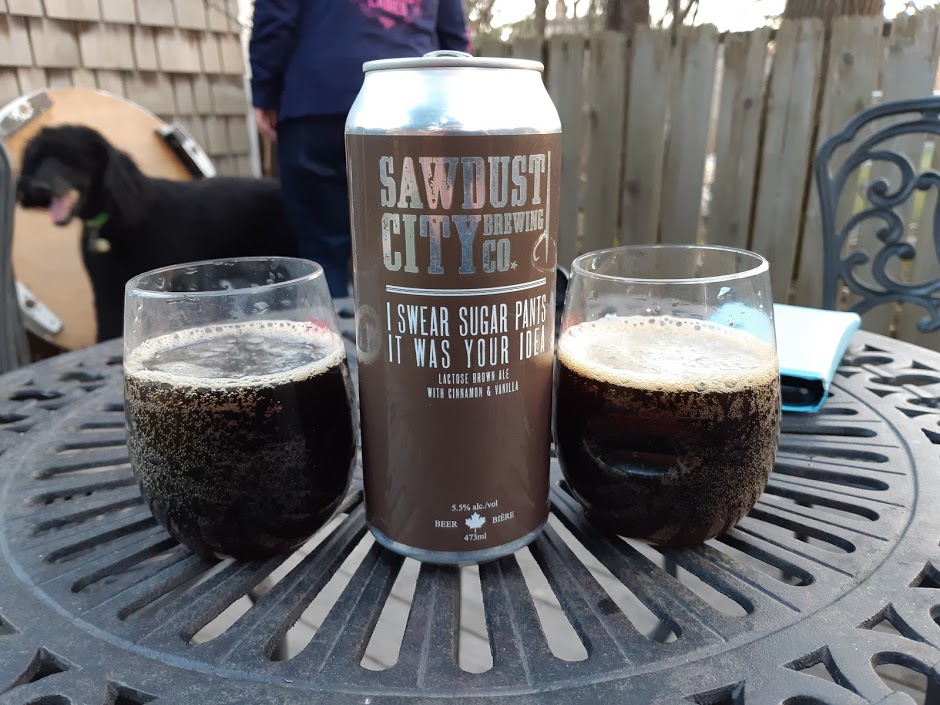 I really need to get faster at writing these reviews. Sawdust City has a habit of releasing amazing beers only to have them disappear almost instantly.

This amazingly named beer (which takes a while to type) is a lactose brown ale mixed with a heaping helping of cinnamon and vanilla – making one think of cookies and other baked treats. Not a style I’m used to but it’s not like Sawdust City follows trends. They always do things a bit differently.

We had this beer in our backyard on one of the first warm days of the season, I believe I enjoyed it shortly after a cigar. It certainly inspired a feeling of happiness – or maybe that was just spending time with the dog in the sun.

This beer is currently not available, but when it is, you can find it at the breweries online store. They ship quite quickly! The beer sits at 5.5% ABV.