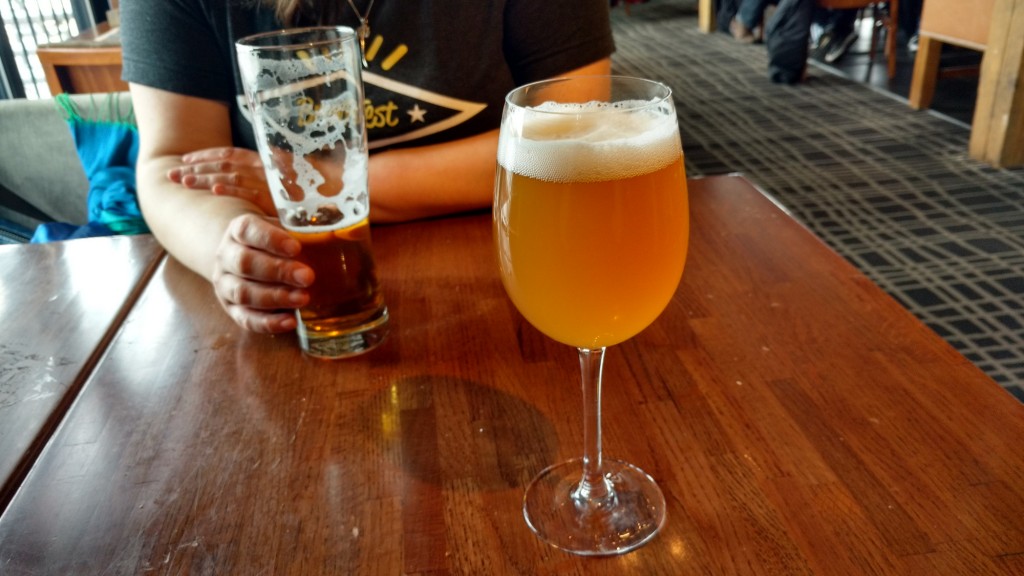 While we are fans of Amsterdam, our experience at Amsterdam Brew House has been hit or miss. Sometimes we have a perfectly good time but other times it’s not so fun.

This weekend was one of the better ones. After hitting up the absolutely boring cabane à sucre happening at sugar beach we went to Amsterdam to clean the bad taste out of our mouths!

One of the beers I had while there was ‘howl’ which was described as a mixed fermentation farmhouse ale.

The beer was served in a wine glass.

Sadly, howl is not available at the LCBO. You can of course find some at the Amsterdam Brew House and many other locations across the city.