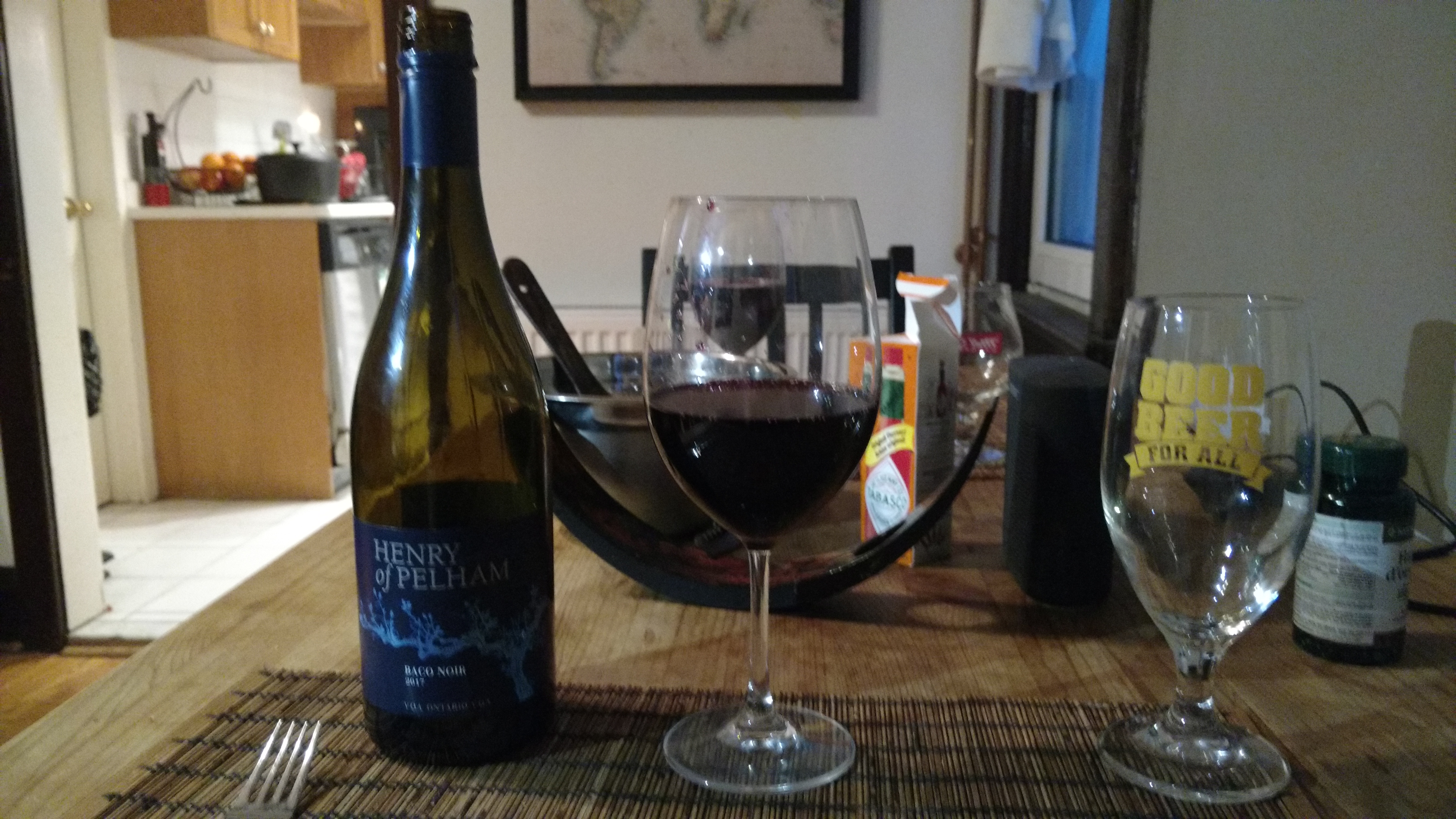 The first wines from the 2017 vintage are starting to trickle in. Instead of starting with a white wine, I went for a 2017 Baco Noir from Henry of Pelham, as they make consistent wine from season to season, despite radical fluctuations in climate.

I tend not to over-think Baco Noir. A simple grape with great colour, it’s a truly made in Ontario affair. For years I had a colleague in southern California who would fawn over Baco Noir when he’d come up to visit for work. I never really got it. Heavily planted in Ontario before the wine industry really took shape, this humble grape was the victim of a massive vine pulling program in the 1980s as wine producers became more savvy about varietals. Baco Noir is a hybrid between the traditional European vitis vinifera species and an indigenous vitis riparia.

2017 was a tough year on Ontario grapes. The spring was dreadfully rainy, causing a delayed opening of the Toronto Island. It was cold, it was wet, and even the grapes were kind of miserable. It was not a particularly warm summer, and it was starting to look like a grim year for the wine harvest. A warmer than average September and October was the saving grace of the harvest, drying out the fields and salvaging a rather frustrating year.

A bottle of Henry of Pelham’s Baco Noir will set you back a modest $15.95 for 13% ABV, making it a good Tuesday night dinner wine or back up bottle when company shows up unannounced. It’s an easy going wine when you’ve got a range of palates to please, and a fairly high sugar content of 14 g/litre.

Food pairing: I whipped up an octopus, chorizo (turkey and chicken based sausage for me) and potato dish incorporating this wine in the pan, and tossed it with fresh green peppers. It worked really well – octopus is hard to pair. Too meaty for white wine, too seafood-oriented for red wine, I never quite know what to drink with it. Enter a fruity red wine with low tannins, and it works.

Overall: Could use more time on oak to develop the flavours a bit more.