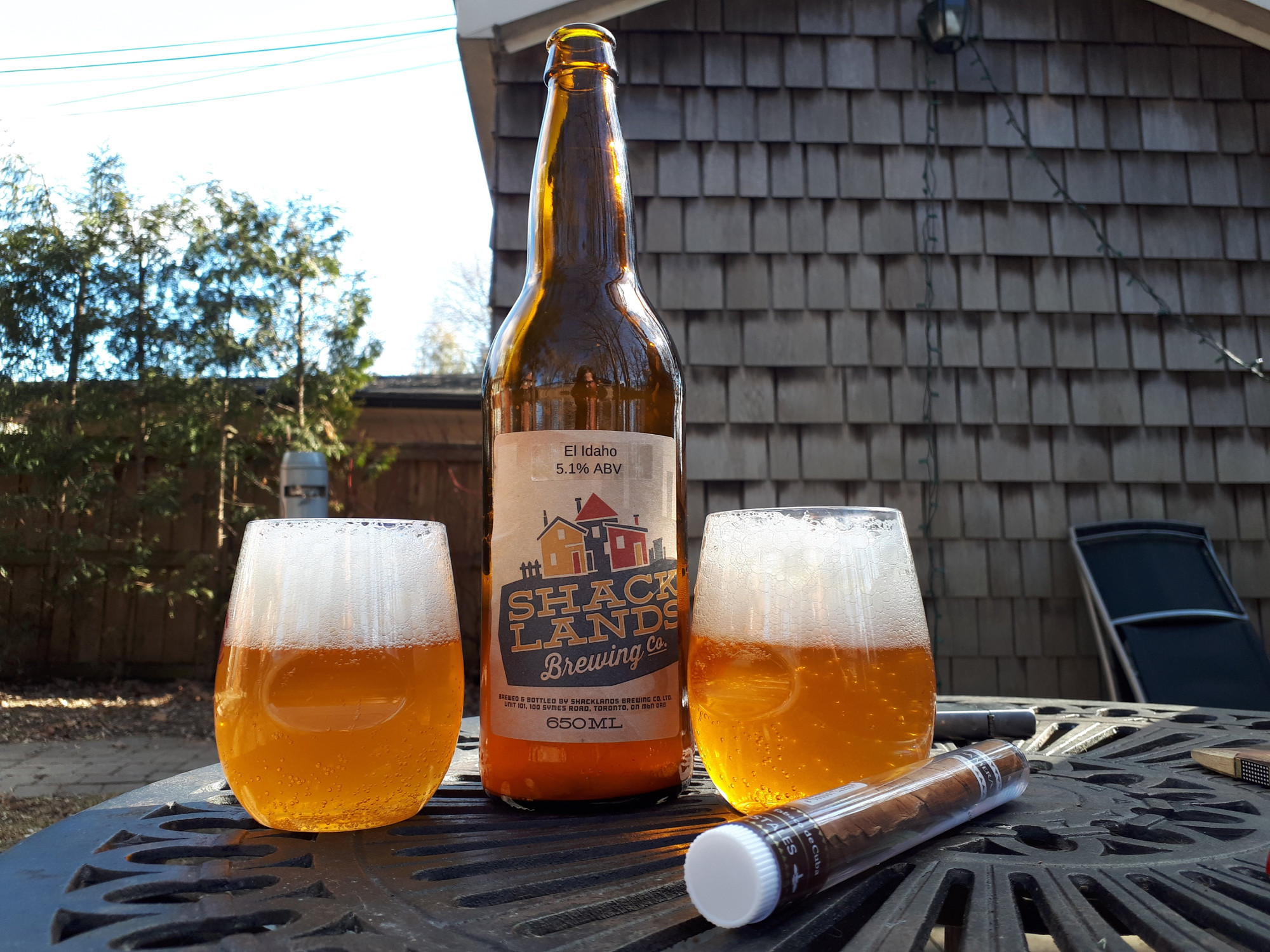 It was a beautiful sunny day last Sunday and though it was only slightly above 0, Shawna and I decided to go have a beer in the backyard. I made sure to include a cigar while we were at it. Our choice was El Idaho, a farmhouse ale by Shackland’s Brew Co. We remembered enjoying it at the brewery and who could forget one of our favourite Simpsons moments: 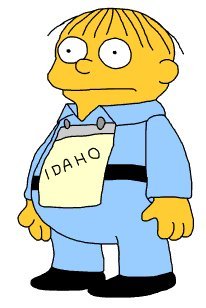 If you don’t have much experience with Shackland’s, they are a Belgian-style focused brewer in the west end aleyards district that have a love affair with funk. While the beer we were tasting, a farmhouse ale, is light, I can bet it will be filled to the brim with funky flavour.

I should admit – when I first got into craft beer the funkier choices were always a bit too much for me. I always saw it as an “off” style that just didn’t appeal. As my pallet got better though I learned to really appreciate what you can find. Where there was once just nastiness I discovered clove and banana peel. Even something like bruised apple can be fantastic if mixed right.

I paired this with a cigar from Cuba. Generally I don’t recommend this as cigars can kill taste buds but I found it worked well.

The beer sits at a reasonable 5.1% ABV (reasonable for them) and is not available at the LCBO. You’ll have to go to the brewery for it.

Appearance: Nice dark gold. Lasting snow white head. Hazy so unfiltered.
Aroma: Mango and pears at first and a soft fresh bread. Banana undertones from the yeast.
Taste: Vanilla and banana. Some clove. The yeast really comes in on the palette.
Aftertaste: Clove, hardcore clove. Orange rind for a bit of pleasant bitterness. Like my personality.
Overall: A nice Belgian blonde. Pair with cheese and pears. Maybe fries and mayo. Keep it simple.