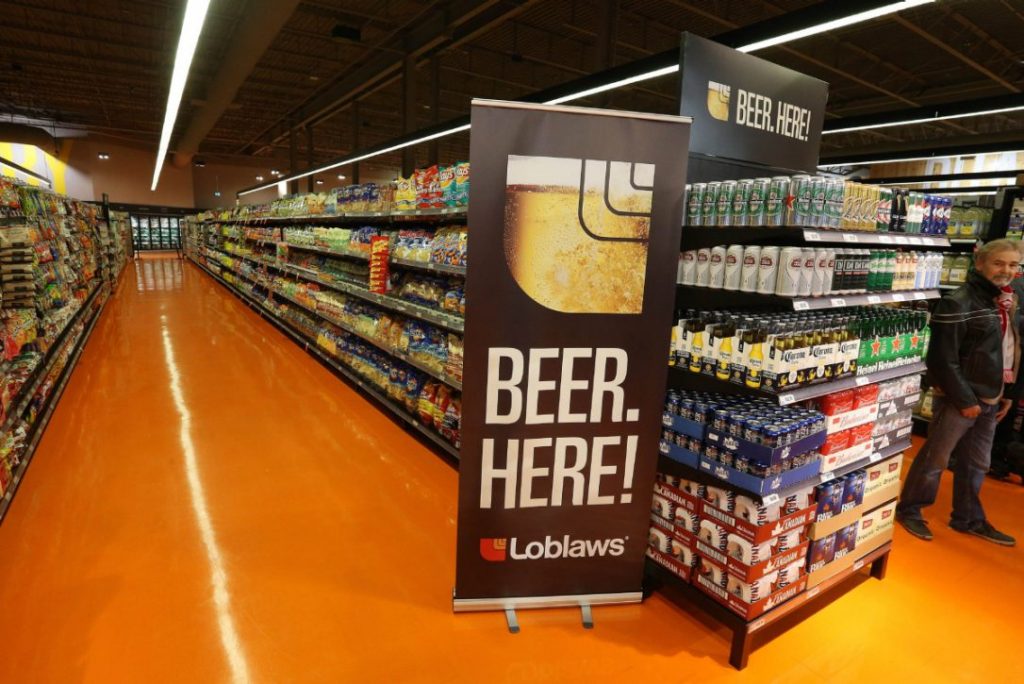 This morning in my home town of Waterloo, Ontario, Kathleen Wynne made the announcement that the current list of grocery stores allowed to sell beer will also be able to sell cider.

Kathleen Wynne has said they will also be allowing wine sales in grocery stores, taking our province one step closer to a system that Quebec and other provinces have had for years.

At the moment the prediction is that by 2025, wine, beer and cider will be sold at 300 grocery stores. That is out of 1,500 that the province currently has. It’s a start but that is FAR too slow.

We don’t have our own photo of a grocery store selling beer because sadly we don’t live anywhere near one, strange that!