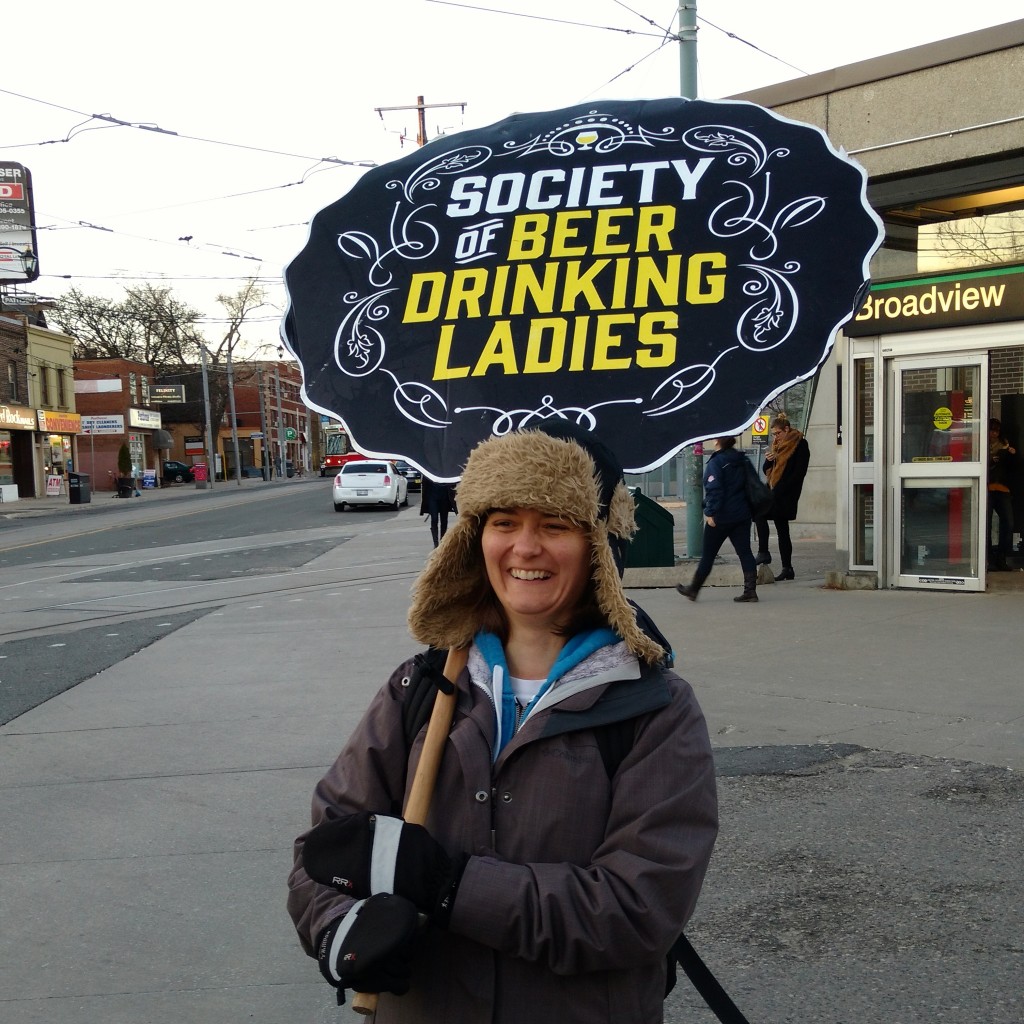 I go to a lot of beer and booze festivals in general – it goes with running this blog. I also go to the monthly “Bevy” hosted by the Society of Beer Drinking Ladies on a pretty regular basis. This is the one beer event I consistently pay for out of pocket every month, as a portion of all of the ticket sales and beer purchases go to the Canadian Women’s Foundation. Now move over, every other craft beer festival out there, and take some lessons on how to run a kick ass brew fest from these ladies. I had unreasonably high expectations going to this event based on the 10 previous Bevies I attended and countless beer festivals over the years. And let me tell you – my expectations were shattered. I couldn’t have been more pleased.

The monthly bevies are typically held on the last Friday of the month at a top secret location that is only revealed 48 hours before the big event. I have a standing girl-date with my friend Amy Cummings every month – and a lot of other familiar female faces that I would hav 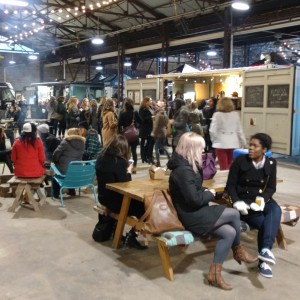 e never met or chatted with if it weren’t for the monthly bevies. We gather, we drink copious amounts of local craft beer and we party. Hard. It is a wonderful opportunity to mingle with other fabulous women of all ages, sexual orientations and ethnicities who all share a love of awesome beer with me. And we head home on the TTC clutching various swag and the cleverly named “morning after gift” – a grab bag of snacks and treats to soothe the Saturday hangover. Men are typically permitted after midnight, but only a small handful show up – usually brewery staff from the
various brews sampled or the occasional husband or boyfriend. Sometimes Kole joins. Sometimes he goes to bed at 10 p.m. and is oblivious to my return. The swag consists of cleverly branded glassware, tshirts, hats, sweaters, and now scarves. And this stuff FLIES off the swag shop table here. Marketing gurus, take note: get some women on your marketing teams if you want to sell beer to women. We love the suds – just please don’t sexualize our purchase.

In February, the brilliant women behind the Society of Beer Drinking Ladies announced something that they’ve never done before: Canada’s first women’s only beer festival. Within 36 hours of the tickets going on sale, they were sold out – all 800 of them, the CBC covered the event and the Internet trolls flexed their fingers. Succ 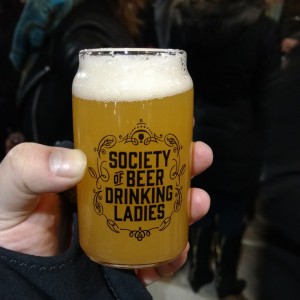 ess. And people say that women don’t like beer? Held at the hard to access Evergreen Brickworks, the ladies took transportation into the planning consideration. Tickets were $30+ tax for admission or $35+ tax with a return shuttle bus to Broadview Station, more economical than the pricing structure of Cask Days, held at the same venue. The price included a commemorative 4 oz sampling glass, 5 drink tickets, a morning after bag, and a return shuttle bus if you grabbed the upgraded $5 option. Unlike other beer-themed events I’ve been to, there was a lot of room to comfortably walk around without feeling claustrophobic from the crowds – and ample clean washrooms. No port-a-potties here – the men’s washrooms were converted into a gender neutral space that the hand full of male vendors were able to access alongside us ladies. Usually my critiques of beer festivals revolve around price point and value per drink. Additional beverage tickets were available – $10 got you an additional 7 pours. And a novel concept – ALL beers were 1 ticket for a 4 ounce pour, making this one of the most affordable beer festivals I have had the chance to visit. There was also a small marketplace on site, with beer themed vendors hawking craft beer cookbooks, jams and jellies made with beer, tea with hops, and assorted glassware. Not a bad setup. There were also several fo 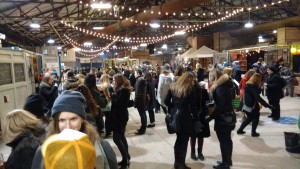 od trucks scattered around the space offering a variety of sweet & savoury options, including some vegan friendly snacks.

I usually leave a beer festival with a shopping list of critiques. I’m no stranger to beer festivals – my first one was in 2002 in Montreal, and I’ve been to my fair share of them since then. The only downside to the evening was the frosty unseasonably cold April 1 temperatures this year for an outdoor event – outside of the organizers’s hands. But even this was addressed with several strategically placed bonfires – and the cold probably fostered more mingling then I usually do at the Bevies and likely contributed to a higher number of scarf and toque sales that night. Well done ladies. I raise my glass to you!