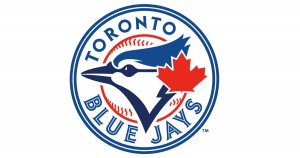 I just got off the phone with the AGCO. More specifically the media request person in charge today. My topic of interest was a little reveal about the Blue Jays that came to light:

They have an exclusive deal with Budweiser to sell only their products.

The story itself that this came out in had very little to do with beer. It was a story about the Blue Jays increasing the price of their tickets by $2. Near the end of the article it is mentioned:

Brooks says he has heard the criticism and is aware of it, but the Jays have an “important” exclusivity deal with Budweiser that precludes other beer vendors from selling inside the stadium.

Sadly there is no exact quote from Brooks saying this, only what the Toronto Star tells us.

The issue is that according to the AGCO, a stadium must offer a ‘variety’ of alcohol from a ‘variety’ of manufacturers. By only offering beers made by ‘Budweiser’ as the Star said, they are in violation of this license. (I assume they mean Inbev, but I don’t want to change their words).

Licensees who offer spirits, beer or wine are required to stock a variety of brands from a variety of manufacturers at their licensed premises.

If what was mentioned in the Star is true, the Toronto Blue Jays are going to have to make some major changes to how they sell beer.

As a note, I was made aware of the beer sales exclusivity via a twitter conversation: