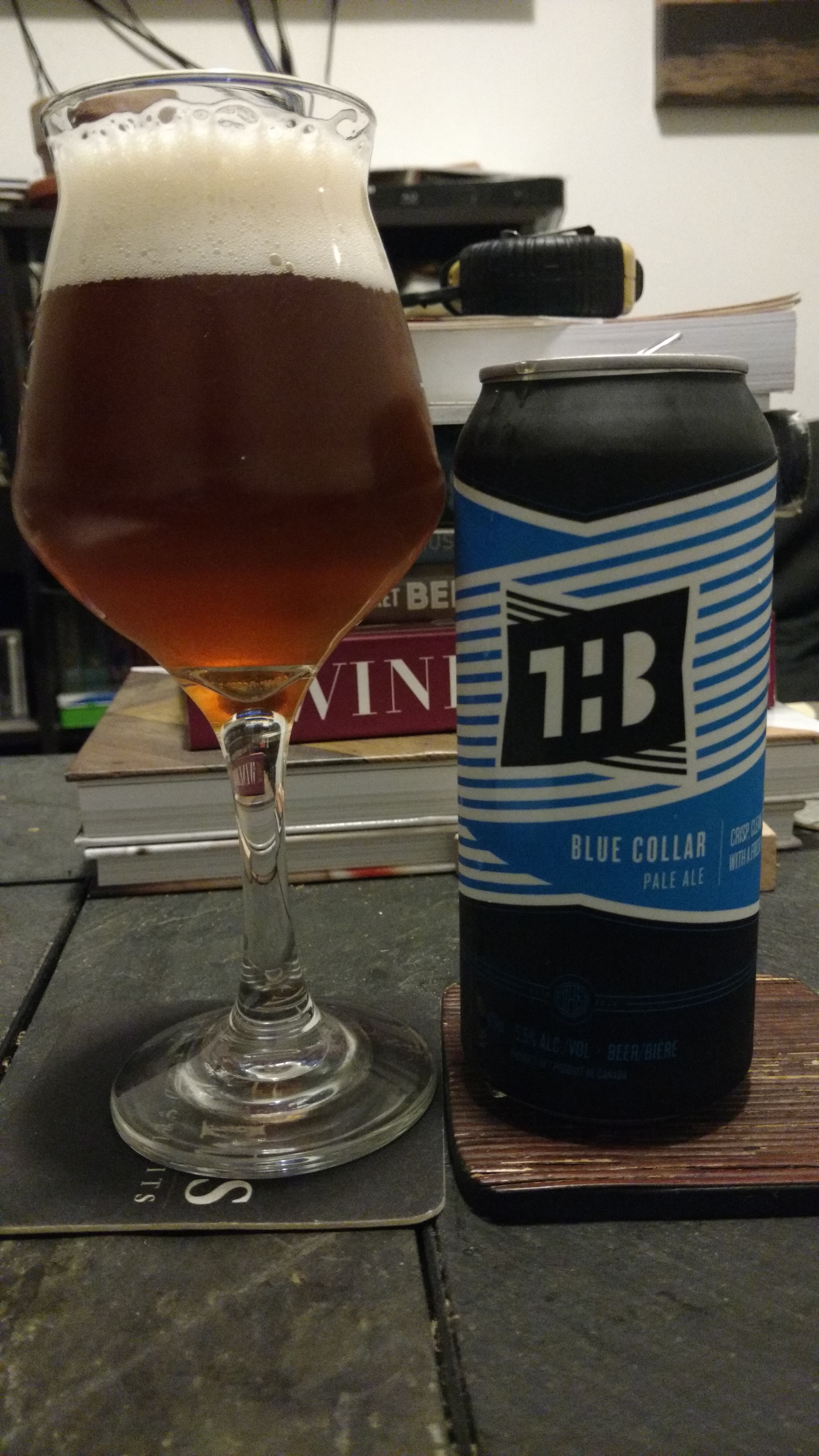 We picked up a can of The Hamilton Brewery‘s flagship Blue Collar Pale Ale recently, since we went hiking a few times in the Hamilton region during the extended beautiful fall we are having. It retails for $2.95 at the LCBO for a 473 ml can, and this brewery was new to us. In Toronto, it is only available in cans at the LCBO, although they seem to have a fair amount of distribution in Hamilton and surrounding suburbs. They contract brew out of Railway City in St. Thomas.

This flagship brew weighs in at 5.5% ABV with 33 IBU. It’s a salad of Centennial, Columbus and Cascade hops

Aroma: Grassy notes from the hops, fairly biscuity from the malt. Not too strong on the nose.

Taste: Smooth on the palate with a sweet malt backbone. Well-rounded hop finish, combining toasted bread and a bitter finish.

Aftertaste: Bitter aftertaste, did not linger too long.

Suggested food pairing: Pub fare. Wings and burgers will work nicely with this.

Overall: A simple pale ale that held up better than I expected.