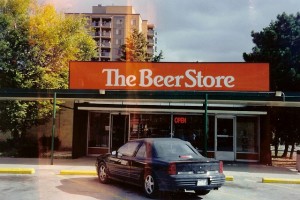 Time for another interesting tidbit in the ongoing Beer Store war.

Today it was revealed by Martin Regg Cohn that the Beer Store has threatened that any change to the current situation could be considered a violation of NAFTA trade agreements or possibly expropriation (no idea where they get that idea) and as such they could seek compensation.

Expropriation basically means a public institution (in this case the Ontario government) takes over private property deemed to be in the public interest.

This is most likely due to the idea that the government may start charging a franchise fee to the Beer Store. I’m sure the court room discussion will get quite complicated but my worry is thus:

We don’t want a franchise fee, we want a complete change.

Recently Kathleen Wynn announced that there would NOT be beer sold in convenience stores but that ‘change would come.’ She has not said what that change may be. The ‘major announcement’ will be made in the March budget. This has me worried that it will center entirely around the franchise fee and how the extra revenue from it will help with a million Ontario projects.

We the people on the other hand want something completely different.

We want to be able to buy beer from numerous different companies. We want a free and open system that promotes craft beer or at the very least the ability to choose which company you buy your alcohol from.

There is no telling what will happen in March, but with the recent comments by MPP Ann Hoggarth, I am worried the government may be ignorant to what we actually want and what this province needs.